Photography dates back decades and is full of rich history from creatives of all walks of life, races, ethnicities, and cultures. Not only is it important to celebrate diversity in front of the camera, it’s just as significant to recognize the diversity that takes place behind the camera. It’s been said time and time again that representation matters, so to celebrate Black History Month, I’ve gathered 6 of my favorite black photographers you should be following on Instagram. 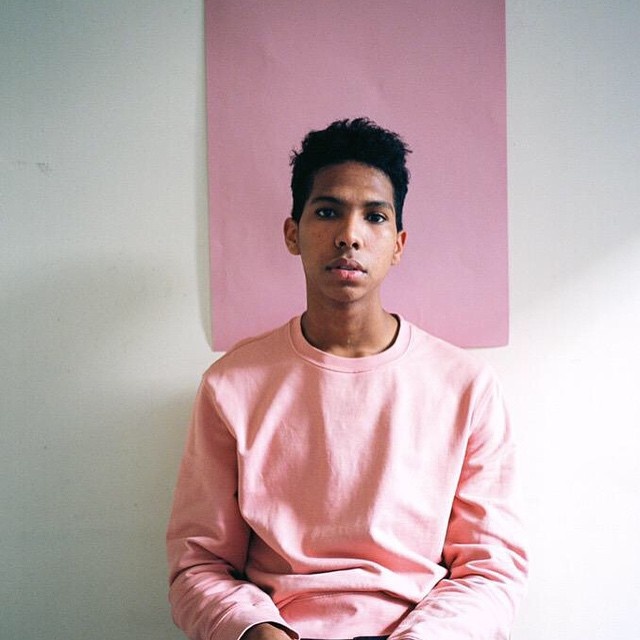 First up is Atlanta native, Tyler Mitchell. At only 23 years old, Mitchell has made a name for himself in the fashion photography world!  Though new to my list of favorite photographers, after being the first black photographer to shoot a cover for Vogue, and that shoot being the legendary pop icon ( and my personal favorite) Beyonce, made adding him to my list a piece of cake!

He has had the opportunity to shoot for top brands such as Nike, Ray-Ban, Marc Jacobs, and Prada with his work being featured in popular publications such as Teen Vogue,and i-D Magazine.

Tyler has been featured in a number of interviews where he considers himself a part of the “post-DSLR generation” .  His first camera was an older Canon 7D handed down from a friend. Mitchell soon realized his work wasn’t unique to those around him, and began to distance himself from the internet world. He spent his time gaining inspiration from the world around him rather than Tumblr and Instagram. At only 20 years old he self-published a photography book, El Paquete, highlighting his adventures in Cuba where he carried 30 rolls of film, “and literally, admittedly, absolutely no idea what he was getting into.”  So, if you didn’t know....film is still alive!

"I haven’t given up on the re-blog ready stuff, it has its place, but I’m just trying to cut through to something real and less instant gratification based. I’m tired of everyone existing on their Internet platform but very few actually inspiring. I’m just trying to give people something they can interact with…”-Tyler 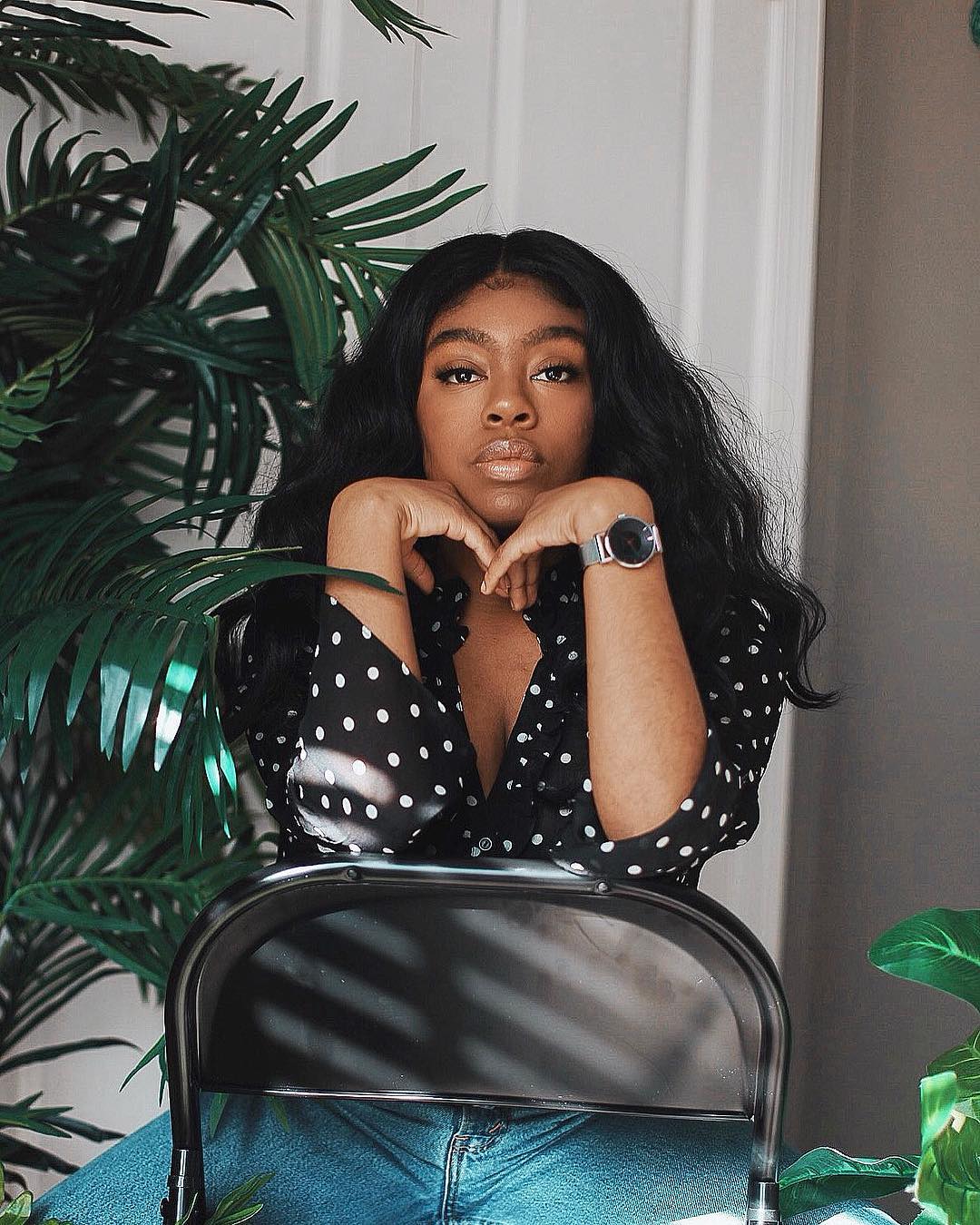 You’re doing your Instagram timelines a disservice if you aren’t following Virginia portrait and wedding photographer Aminah McKenzie. Her work has gone viral and has been featured in major publications such as CNN, Popsugar, Vogue, Business Insider, and Buzz Feed. We were lucky to have the honor of selecting Aminah as KEH Camera’s Top Pic of the Week in July 2017. Aminah captured the beautiful photographs featured on our blog using her Canon 6D, Canon T3i and a variety of lenses. She is not afraid to get creative with her shoots and trying out new locations. Her subjects are bold in their poses and style!

Aminah left us with some great advice on how to stay motivated, “ ...continue to work on your craft, even if you have to take a break. If you do take a break know that you have to come back harder, much harder. You'll have times where you will find yourself comparing your work to others, but use that as inspiration and motivation. The more you compare, the harder it will be to improve your work.” 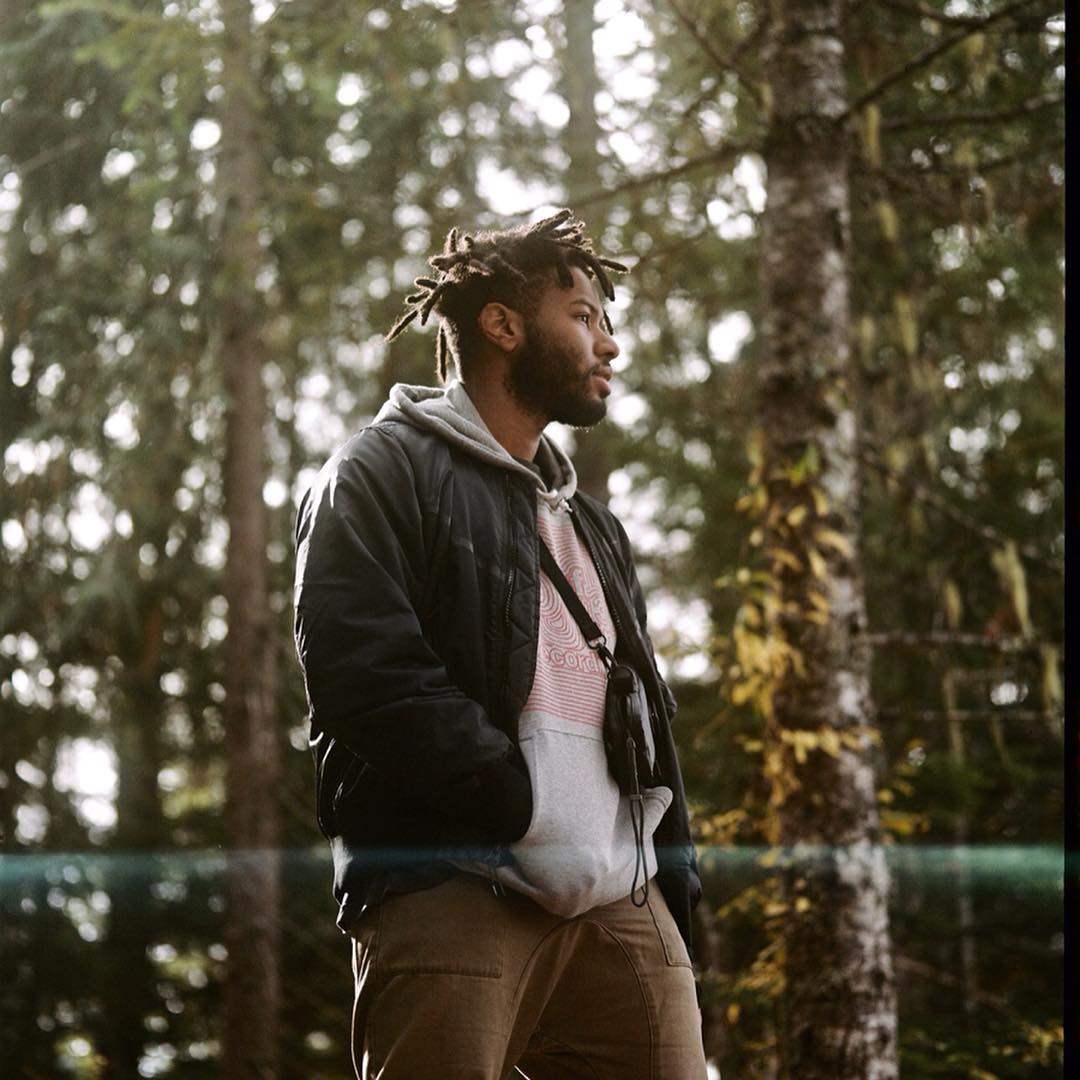 Another personal favorite is Chicago native and photographer, Nolis Anderson. In February 2018, he was selected as KEH Camera’s Top Pic of the Week and shared with us a “rogue style” photo shoot. Nolis’ photography is natural and alludes spontaneity, which adds to my appreciation of  his artistry.

“Do something that helps to bring out candid emotions of your subject. By trying to get outside of my normal routine and try to experience different things in life. Getting inspired is tough when you’re doing the same thing day in and day out.  Be yourself, have fun, and be inspired by the people you surround yourself with.”- Nolis

Nolis’ photos have been featured in The New York Times, Chicago Reader,  and W Magazine among others! He has also had the honor to capture some of Chicago natives, President Barack Obama and Chance the Rapper, as well as other popular athletes and musicians.

When he’s not shooting high profile names, you might catch him with his Leica M 262 capturing urban portraits, candid street shots and the architecture of Chicago. 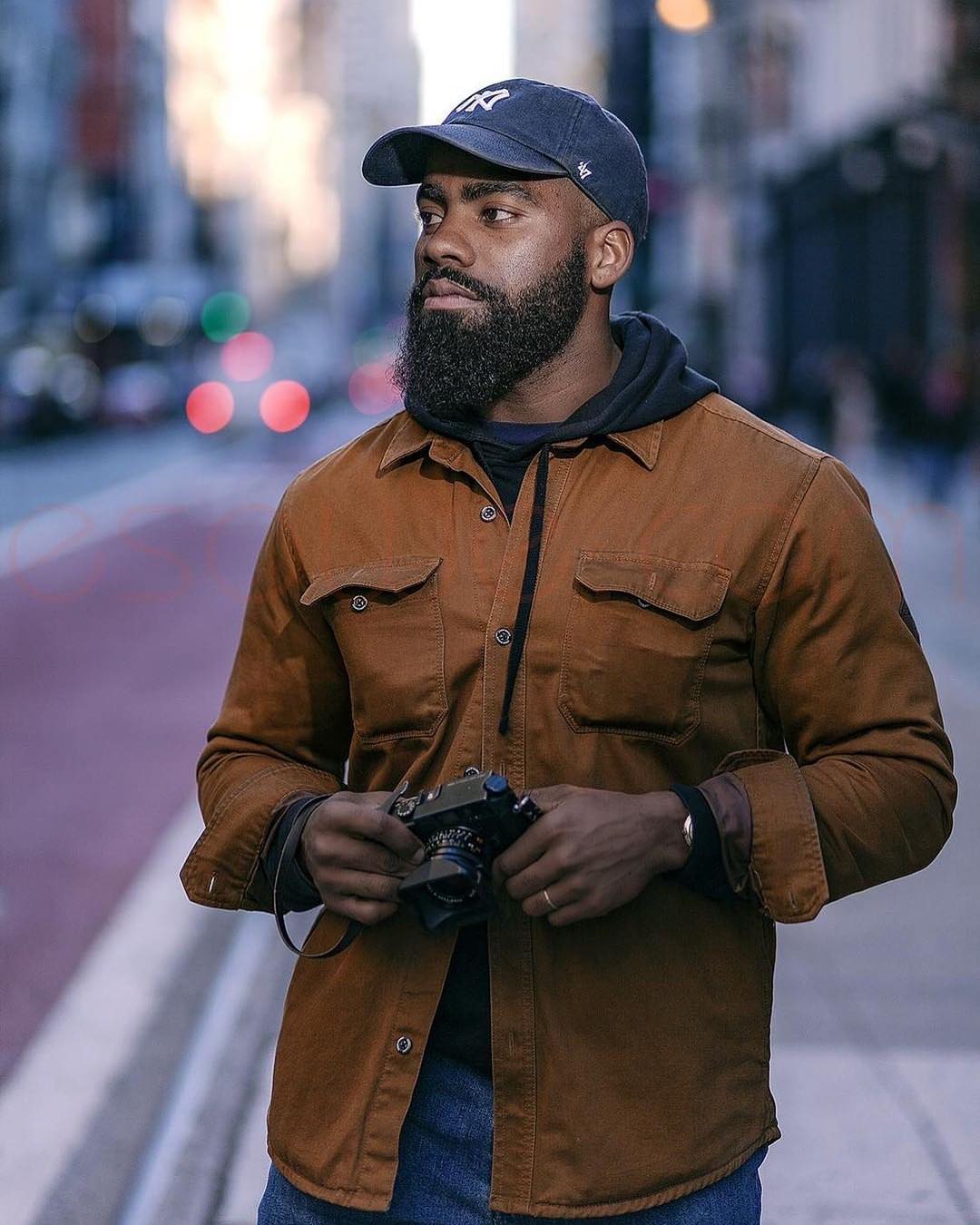 When scrolling through Andre’s Instagram feed it’s hard not to appreciate the rawness, and authenticity he captures in the people hustling through Brooklyn, New York. With influences from great photographers before him, such as Gordon Parks, his art sparks joy and “ explores the poetic and lyrical nuances of daily life and everyday people”. When roaming the streets of NY with his Leica rangefinder or camera of choice, you’ll find he has had the opportunity to capture portraits of famous creatives such as Erykah Badu, Issa Rae, Usher Raymond and classic NY street photographer Louis Mendes. You can check out more of his work in his self published book, Here For The Ride. 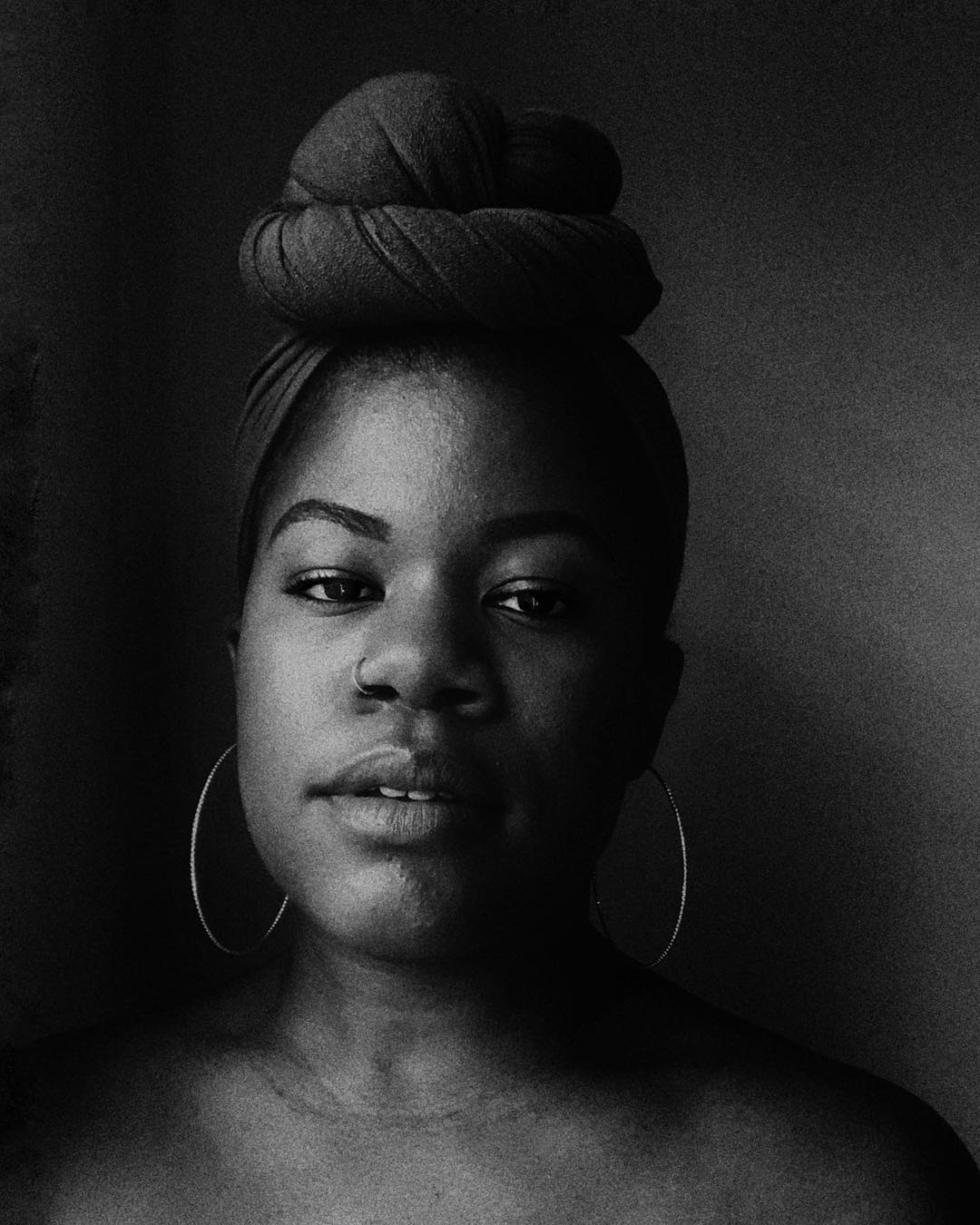 A “curator of magic” is the best way to describe the artistry of Chanel G. Not only is her photography beautiful, but the ways she inspires others through her work is admiring. She's moved on past her first camera, a blue Fisher-Price, but her passion is still alive and well. She is talented in many genres- artistic portraiture, maternity and engagement shoots, while also setting up a killer flat-lay shot.  Her magic has been featured in National Geographic, Voyage ATL, and Clickin’ Moms. 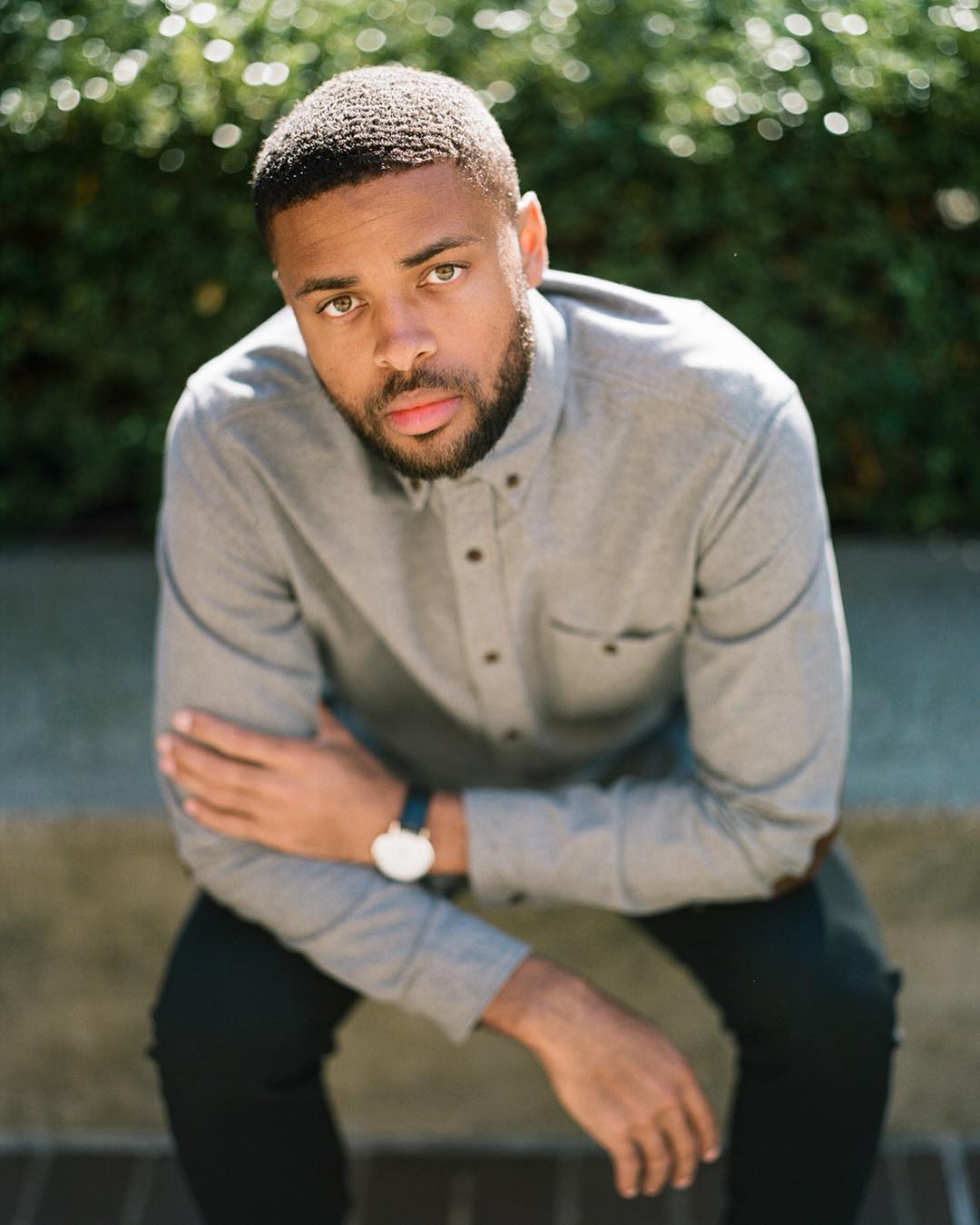 I might be a tad bit bias here, as I had the pleasure of attending high school with this traveler and amazing photographer, but Chris’ work urges you grab your camera and leave everything else behind!  We’ve all encountered that one post on Instagram that just makes your thumb stop in it’s scrolling tracks, well his posts will make you do that!

Chris has traveled to more places than I can even name and brings along his Canon 6D to capture the world around him. From beautiful scenery, to the amazing cultures he interacts with, he truly takes you along for the adventure in his photographs. When he isn’t capturing unforgettable moments overseas, you’ll occasionally scroll past a post of him repping the place I and KEH call home- Atlanta!

Flashes of Hope Shines for Children Living with Cancer