There's a lot involved in making videos look good. It can take a lot of planning, execution and post-production. Don't let that scare you off! Speaking from experience, it can be incredibly rewarding and even magical to record something, play it back and be able to re-live that moment in motion. Most photographers already know this feeling from seeing their still photos, but may not be familiar with the video functions of their cameras.

For this introduction, I won't be talking about codecs, bit rate, chroma subsampling or that sort of thing. While important for seasoned video professionals, these topics can get very technical, and delve a bit too deep into the specifics for shooters who are just beginning to dip their toes into the motion picture world. For those of you who aren't technical engineers and maybe just want to experiment with some video settings and have it look awesome, read on for your primer into making pro-looking movies with your photo/video hybrid camera. 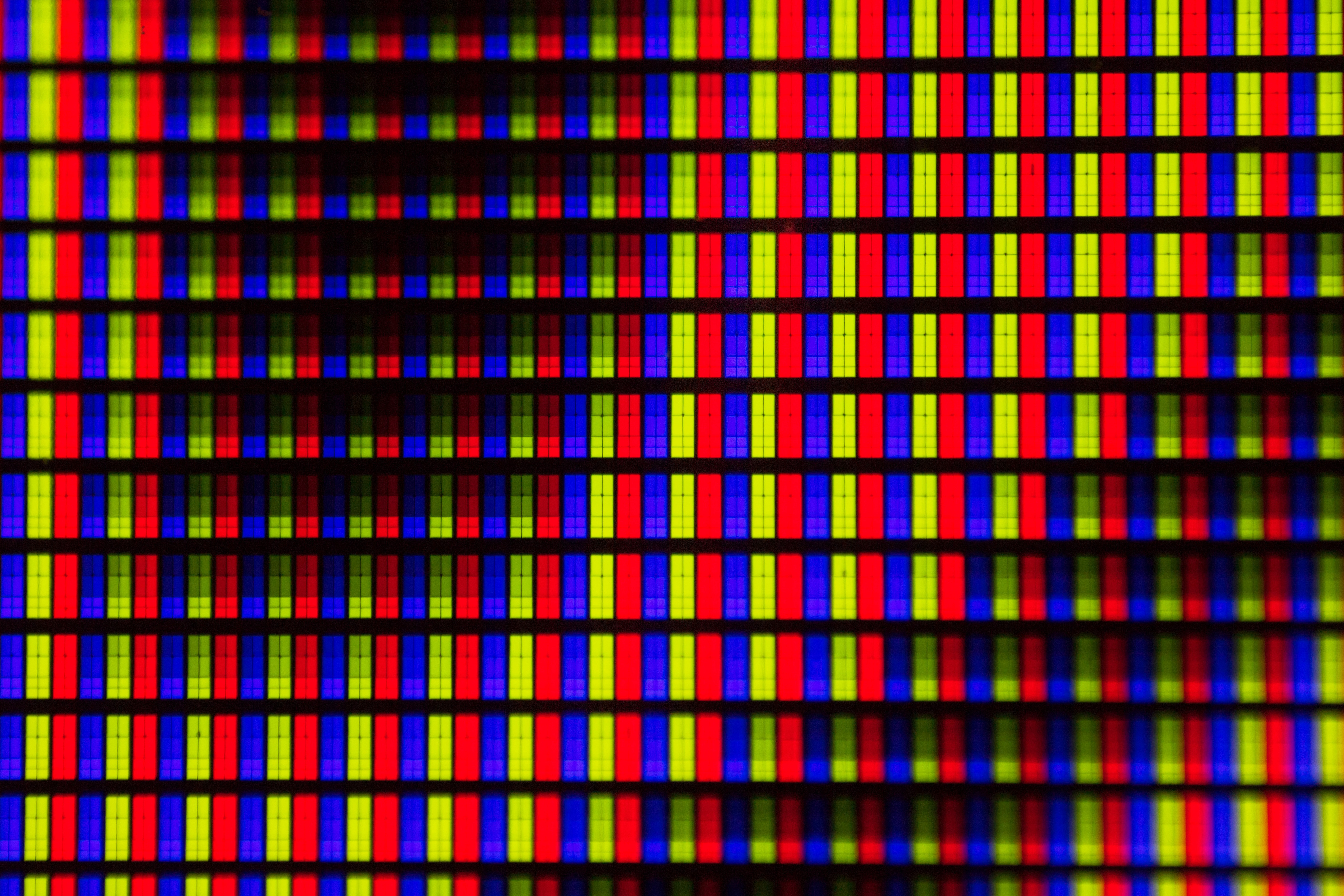 Many of today's newest photo-video hybrid cameras brag about being able to shoot 4k-resolution, but do you really need 4k? Arguably, 1080p is still the standard for recorded media. You may be fortunate enough to have a 4k television at home, but most new photo and video content is consumed via smartphone these days. With such a small screen, it's actually very difficult for most people to notice a difference between 1080p and 4k resolution. For beginners, a budget option of 1080p video is definitely enough—plus you'll be able to preserve storage space. 4k video is up to 4 times the number of pixels at 1080p, so it can also take up to 4 times as much storage space. Your memory cards and storage drives will thank you for using a smaller resolution.

My much-loved Sony a7s II shoots 4k video, but only touts a 12-megapixel sensor. Some would be surprised that you don't need more megapixels for such high-definition video. So what's the correlation between megapixels and video resolution? The short answer is—it's slightly complicated. High-definition 1080p video is equal to approximately 2.1 megapixels. 4k video equals out to only about 8 megapixels. However, many cameras have higher-megapixel sensors but output lower-resolution video. This is typically done in one of two ways. The first method involves cropping the outside of the image so that the video readout is only using a portion of the sensor's surface area. Unfortunately, this method can drastically affect your framing and your end result may look nothing like you were imagining. The other method is software-based, downsampling the pixels and using heaps of processing power to accurately display what all the information from the high-megapixel sensor is supposed to look like. This method started out a little shaky but continues to get better with every new camera release.

My point is—don't let anybody tell you that your camera can't produce good-looking, high-resolution video if it doesn't have a crazy high megapixel sensor. That's just not always accurate. 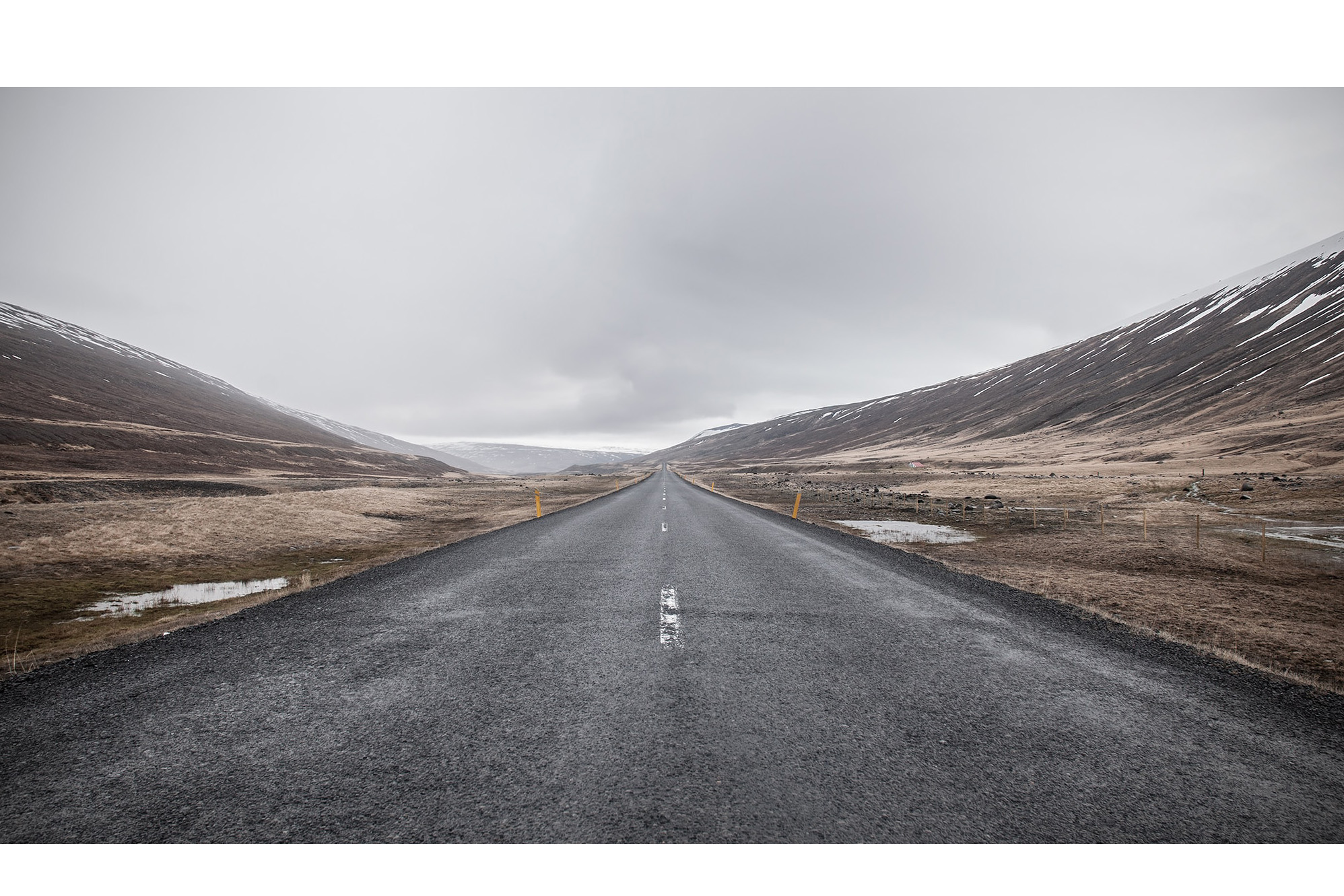 For many years, the most common aspect ratio of photography was 3:2. This slightly elongated rectangle format matches the ratio of 35mm film cameras. Most digital still images default to this aspect ratio. Going back in time a little further, you'll find that a lot of medium-format film photos are square, or a 1:1 aspect ratio. This ratio has had quite a resurgence from social media platforms like Instagram.

Up until the late 2000s, 4:3 was still the most popular video format, simply because most standard television sets matched this ratio. Many compact cameras and smartphones still have this as a video option, and Micro Four Thirds cameras also have this as a standard. However, if you want a widescreen-filling panorama, you're likely going to be shooting at 16:9. Many cameras automatically switch to this aspect ratio when you go into their video-shooting mode, so they've got you covered with this. 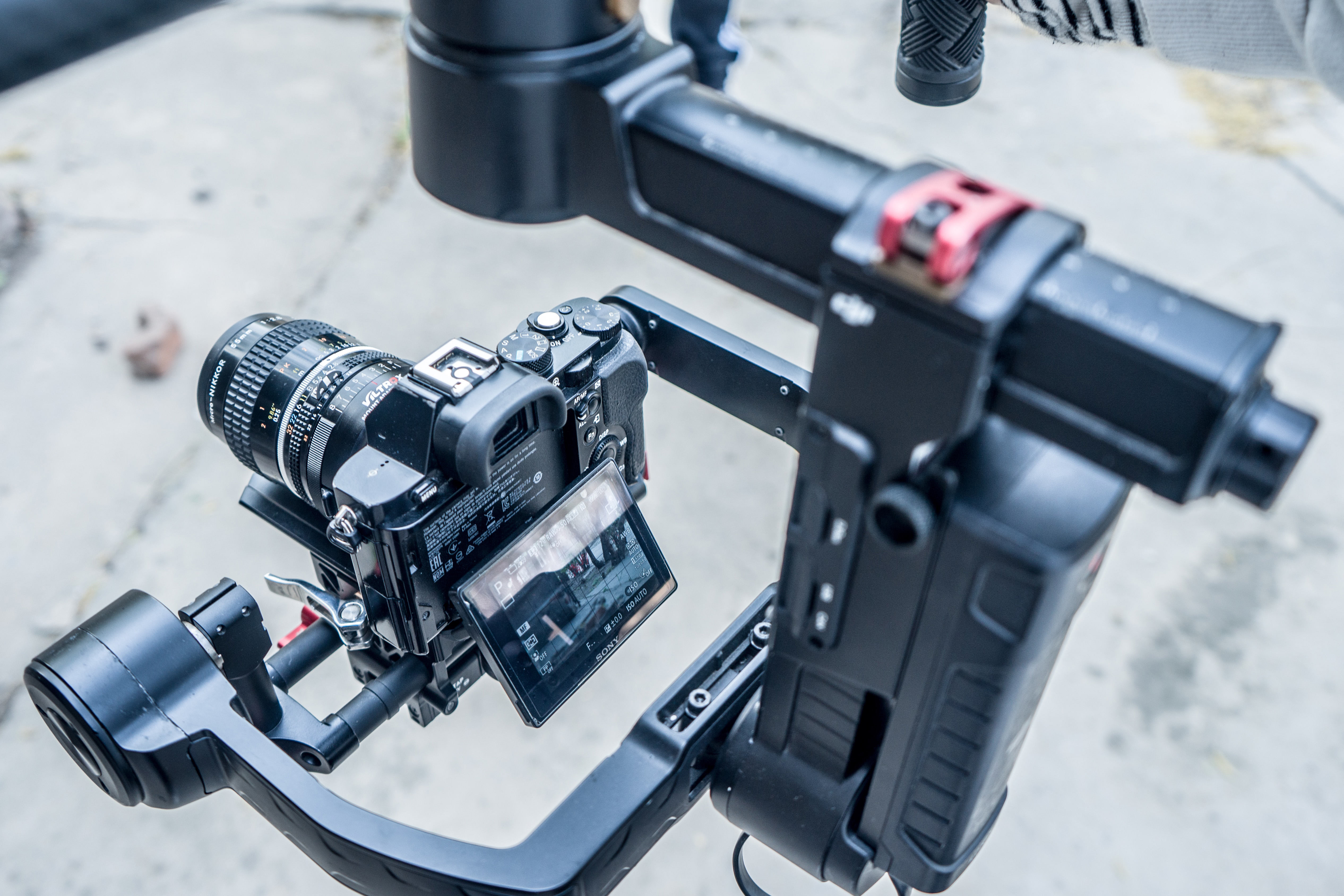 Standard framerates may differ depending on where you live. In North America, the standard frame rate for the cinematic look is 24fps, or 'frames per second'. That's one major part of achieving that smooth, professional look. In Europe, 25fps is standard, and in Japan, it's 29.97.  For the sake of simplicity, let's assume you're reading this from North America and stick with 24. That's the speed that most theatre projectors run. Cinema-goers have gotten used to this look and feel.

Most modern digital cameras will also give you the option to shoot video at higher frame rates, like 60fps or 120fps. Traditionally this has been used to shoot slow-motion video. Shooting a video at 60 frames a second allows you to replay the footage back at 24 frames a second, giving the appearance that the action on-camera is happening 250% slower than it really is. It's a little technical, but if you've ever wondered how slow-mo works, there's your answer.

One can, of course, shoot in 60fps and playback in 60fps. This is becoming more common with blogger sites and Youtube stars. Academy Award-winning director Ang Lee just showed his film Gemini Man in 60 frames per second at some theatres. Some viewers think that the faster refresh rate looks more realistic and high-tech, whereas some think it looks somewhat 'home-video-like', associating the higher frame rate with a cheap 'camcorder' look. 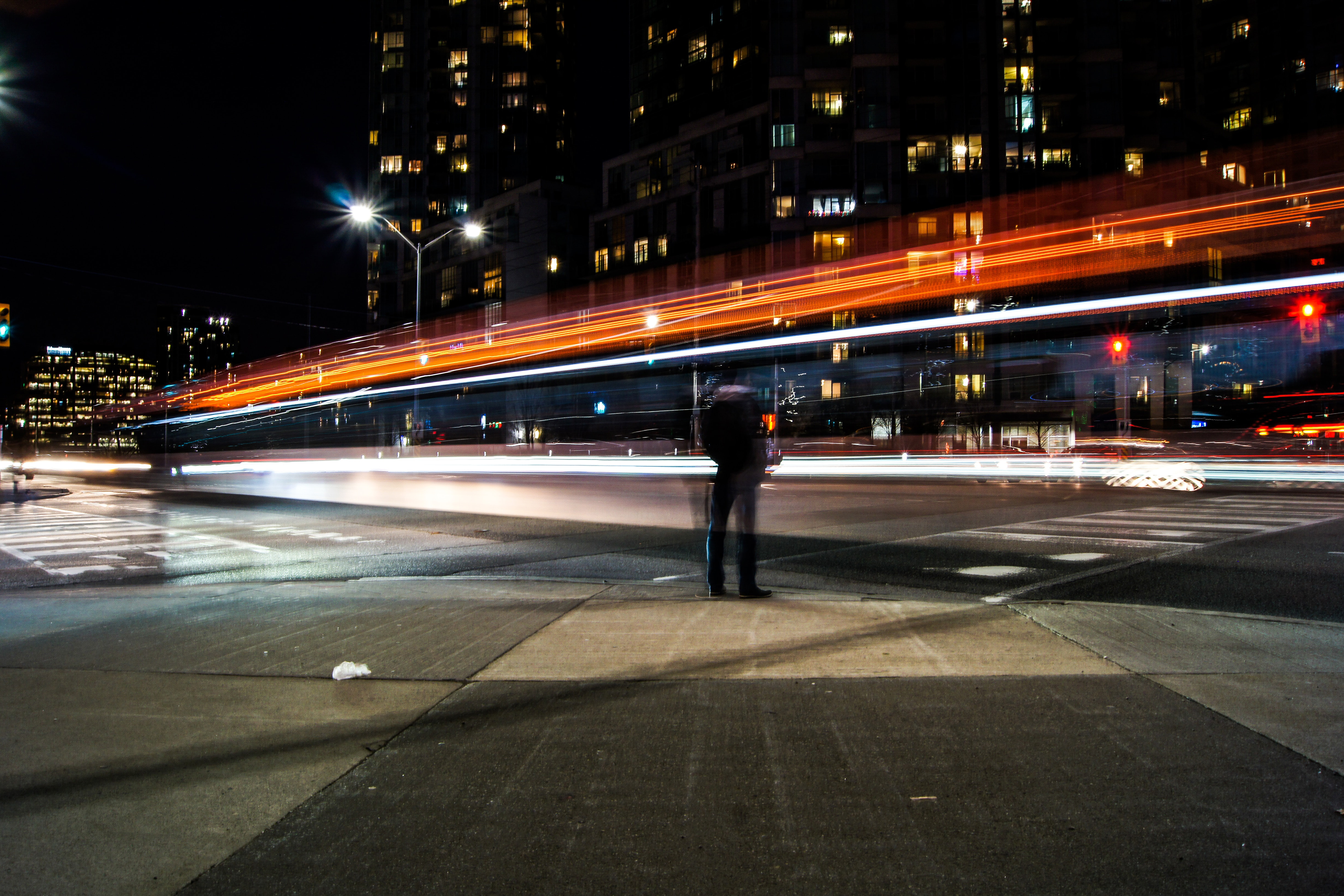 There's a rule of thumb when it comes to shutter speed. If you want a professional cinematic look, you want your shutter speed to be double that of your framerate. This gives each frame enough motion blur to blend smoothly into the next frame and not interrupt the action. So for 24fps, you want to aim for 1/48th of a second, or 1/50th if that's not available. Any faster and it could look jittery or staccato. If it's slower than that, the moving image could look blurry or mushy.

That's the secret to a smooth but crisp image, no matter your frame rate. If you shoot at 60fps, try to have your shutter speed up to 1/120th of a second. This goes back to old motion picture cameras with their circular shutters and shutter angles. A few modern digital video cameras will give you the option to set a shutter angle, like the Blackmagic Design Cinema Cameras. Essentially, shutter speed and shutter angle are the same concepts, with different math. 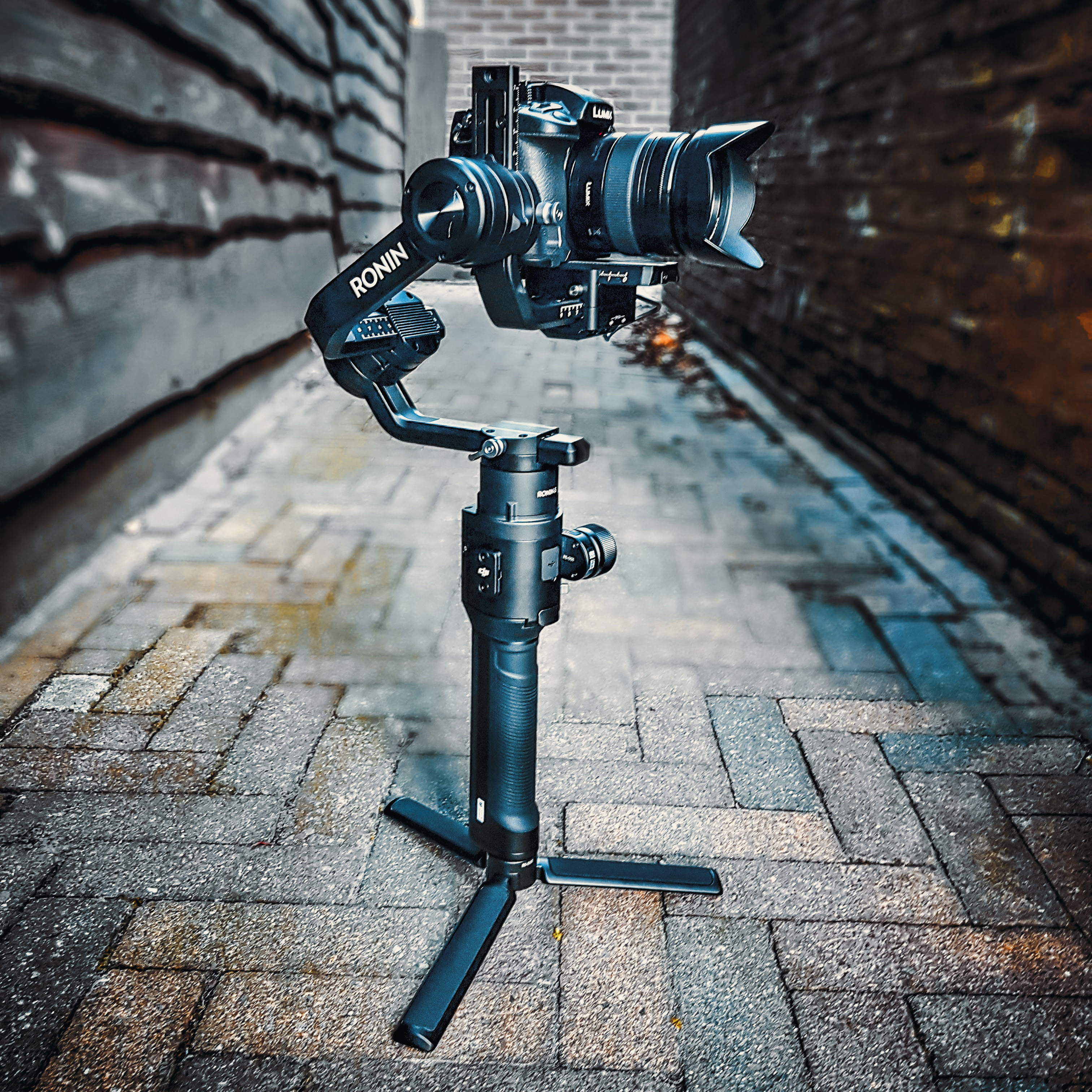 To some dedicated video shooters, the ergonomics of DSLR and Mirrorless cameras are the biggest hurdle to hop. In the past, large motion picture cameras were shoulder- or tripod-mounted and heavy. While this made them much more of a burden to lug around, it also gave the cameras a lot of stability compared to today's hybrid cameras that can be held in one hand.

We've all seen video footage that was too shaky to watch without getting a headache. This is a definite risk when dealing with a smaller camera, so you'll need some kind of stability to make your videos watchable. This can be a tripod, shoulder rig, cage or gimbal. 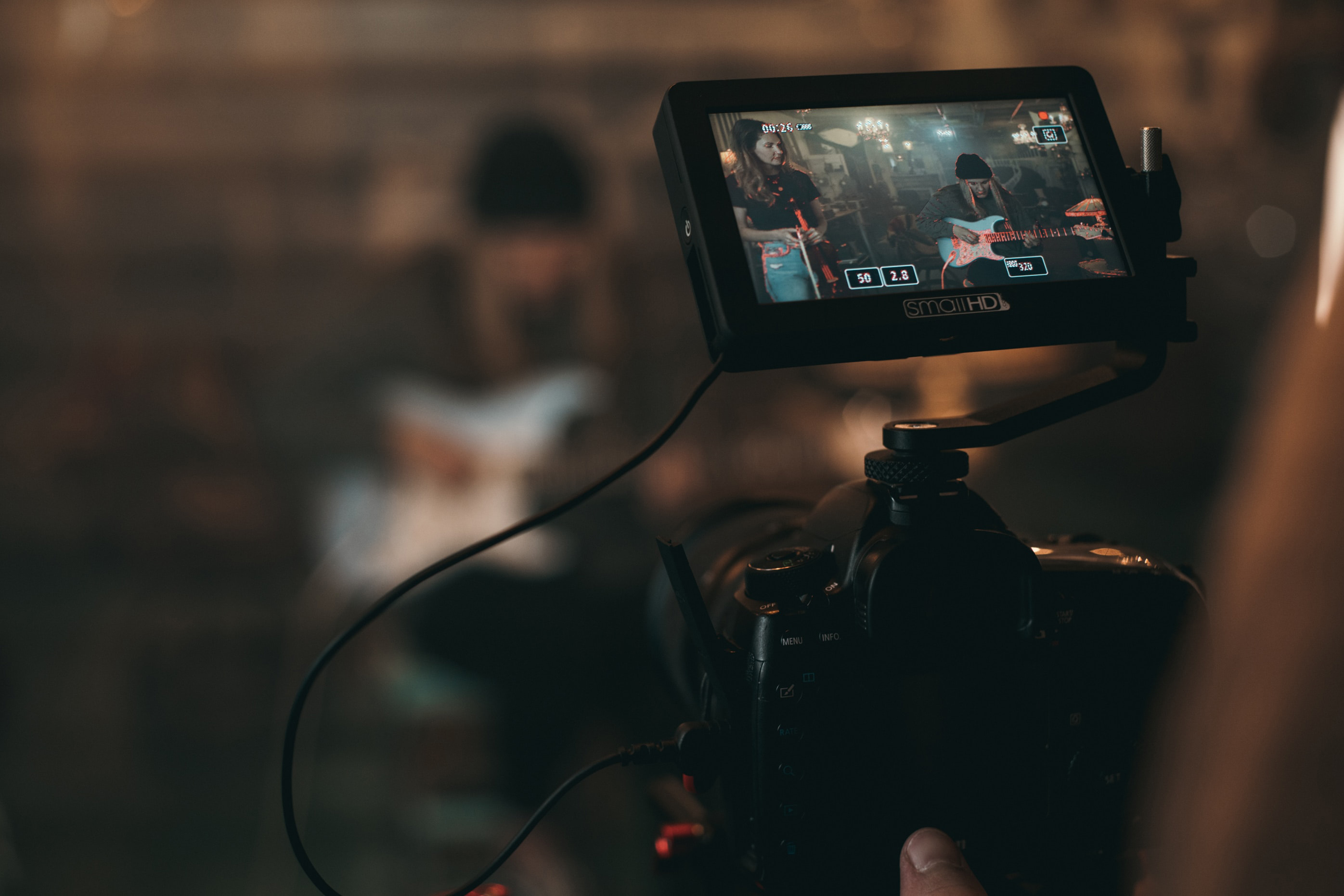 There are a wide variety of accessories that can be added to a DSLR or Mirrorless camera setup that are not absolutely necessary but can certainly give you some added functionality and make your life easier when it comes to shooting video. Personally, I like to use a camera cage with lots of attachment points on it to give the option of adding more accessories. This allows you to add a top handle for low-angle shots, a follow focus unit for easy manual focus control, or a small LED light panel if you need an illumination boost. There are also a variety of rod-based systems for adding lens supports and matte boxes. (Insider secret- if you're filming video professionally, sometimes it's better to make your small video rig look bigger and more impressive with a matte box and rail system, like this.)

My personal favorite accessory is an external monitor like these from SmallHD. Many DSLR and Mirrorless cameras have fairly small rear screens which can make it difficult to clearly see what exactly is in focus. An external monitor can also give you the option to shoot down low, up high or any other angle where you wouldn't normally be able to see the built-in screen. Many of the offerings from SmallHD have advanced software giving you focus peaking, histograms or false color options so that you can be absolutely sure that your exposure is exactly where you want it. 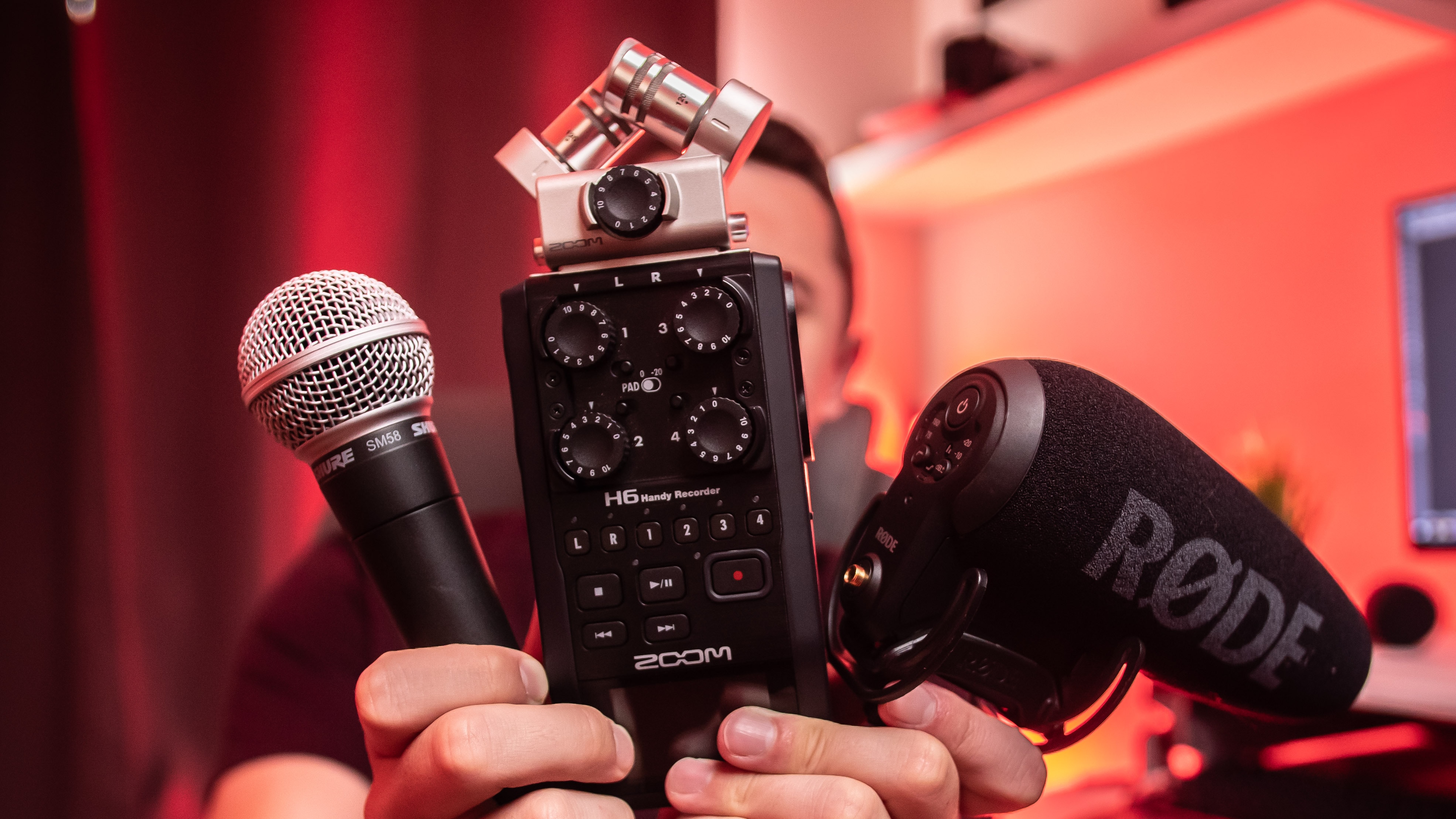 One of the biggest buzzkills when watching a great video is noticing that it's got shoddy audio. Nothing can destroy your credibility faster than amateur-sounding, tinny or muffled sound from a built-in camera microphone. Something as simple as a Videomic Pro can significantly improve your audio quality, make your dialogue more clear, and give your video an extra coat of polish.

Like I said earlier, there's a lot involved in making high quality video with your stills camera. These tips should leave you with a pretty big head start. Leave a note or share a story in the comments if you've got a piece of equipment or trade secret that makes your video life easier.

Thinking about trying video, but need a camera that shoots great stills? Check out our blog about hybrid cameras

If you're interested in reading more about some of the high-end cinema equipment we carry, click here