Critical Distance: My Approach to Photography

I started using the term “critical distance” to describe my approach to photography after attending my first Houston FotoFest, which in the 1990s was the largest portfolio review event in the US. Conducted over a two-week period, attendees registered to have their work reviewed by a wide variety of gallery owners, museum curators, magazine editors, book publishers, etc.

At the time, A.D. Coleman, a photography educator, historian, and critic, wrote the most popular magazine column on photography and was one of the featured portfolio reviewers. My major goal in attending FotoFest was to have Coleman review my portfolio.

After returning from FotoFest, the next article he wrote was about his experience as a reviewer. He singled out my photography. He said that I approached my projects with a "critical distance". Upon reading that line in his article, a light bulb immediately lit up in my head. His comments helped me understand my technical workflow and how it affected the expression of both my photographic vision and my voice.

At the time, I was working full-time running a diagnostic imaging service in the ophthalmology department at the State University of New York. I did most of the photography for my personal documentary projects on weekends and all my film processing and printing was done in the evenings.

Given the volume of film that I exposed each weekend, the time needed to process the film and make contact prints was significant. It extended the timeframe from the moment I pressed the shutter on my camera until I was actually able to review my images, often as long as six months at the minimum.

This "distance in time" was "critical" to how I viewed and interpreted my photographs. No longer "in the moment" of making the image, I was able to view my images objectively as to whether they communicated what I felt and wanted to say through them.

I found I wasn't the only photographer to adopt this extended workflow. Garry Winogrand was one of the most prolific street photographers ever - it’s rumored that he shot at least 10 rolls of film each day. He also made a practice of waiting about one year before processing his film. In fact, he made so many photographs that when he passed away prematurely at age 56, he left behind about 2,500 rolls of undeveloped film.

Winogrand said, “Photographers mistake the emotion they feel while taking the picture as judgment that the photograph is good.” What he meant was that sometimes we get so emotionally connected to making our photographs that we are often unable to judge them more “objectively” in the short term.

This process of photographers removing this distance between the act of photographing and reviewing images did an about face with the switch to digital.  Thanks to “chimping”, the name given to making an exposure and immediately reviewing it on the camera’s LCD screen means photographers are constantly flipping their mind’s focus between creating and assessing while in the field.

Some would argue this makes them a better photographer because they "know" what they have. Given what I’ve learned about "critical distance", I feel exactly the opposite.

Using film for so many years of my career, I never knew what my images looked like until after processing. My first 10,000 images taught me to stay in the creative mode while photographing. Then afterward I could spend time objectively judging whether my images spoke to me and ultimately other viewers.

Once I switched to using a digital camera, I consciously decided to keep these two components separate. While photographing, I photograph what it feels like.

It is still weeks or months before I review, process and edit my digital images. Once I’m in front of my computer screen, I become more analytical and objective. I do my best to remove myself from the act and emotion of being on site. Instead, I constantly ask myself if the photograph conveys what I want it to say.

My ultimate evaluation is how strongly any given image communicates what I felt at the time the photo was made.

Staying Flexible During a Photography Shoot

8 New Year Resolutions to Make You A Better Photographer 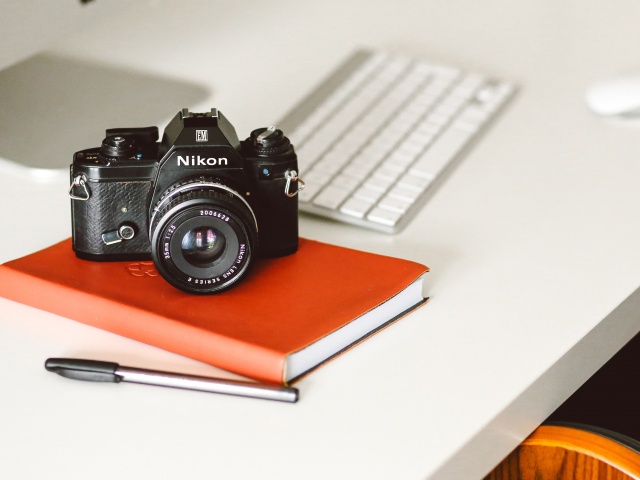