Developing with Coffee and Vitamin C

Editor's note: A while back I saw an episode of Myth Busters on the Discovery Channel (a re-run from their 2008 season) where they set out to bust or confirm a film developing myth from the late 80's -early 90's television show MacGyver. The MacGyver challenge was to develop film using ordinary household chemicals like ammonia and orange juice. The challenge was a "fail", but possible with a few variations. I thought this could be an interesting topic to cover and knew that Kris would be the perfect person for the job. His conclusions came from both research and experimentation, and shares with us a little science behind it, the recipes that work, the pros and cons, and some of his trials and errors in developing with these products. Plus, today is Earth Day, so developing with organic materials such as coffee and vitamin C is only fitting!

Many natural organic materials can be used as reducing agents in the film and paper development process in photography. Photographic materials in the early days were much different than what we're used to today. Of the hundreds of the natural ingredients that are known to have been used, only a few remain relatively practical for using with modern day photographic materials.

In recent years, there has been some buzz over some of these natural ingredients that are used to make homemade film developer. Coffee and orange juice are two of these ingredients. Through my own research, I found coffee to be an effective ingredient in these non-commercial film (and paper) developer's recipes. Orange juice however, as a reducing agent, doesn't have enough potency to effectively reduce silver halide to form images on film or paper, even when combined with an activator. A more concentrated form of a citrate compound such as Vitamin C (powder or tablet) is needed. I believe this recipe is often misidentified as the "Orange Juice Recipe."

A typical commercial film developer will have four components in its recipe- a reducing agent, a preservative, an activator and a restrainer. Each of the component ingredients is an organic chemical compound with functions to develop (reduce) exposed silver to form an image on a film base, as well as prolong the working life of the solution and prevent undeveloped silver from re-depositing on the film base during fixing (creating fogging of the film). The two homemade developers mentioned above will only develop exposed silver. Lacking a preservative and a restrainer, both developers lose their effectiveness due to oxidation after a short period of time and the undeveloped silver will likely re-deposit on the film base.

The recipes for both of these homemade film developers are so simple there are only two ingredients in each of them. The coffee recipe, known in its users' communities as Caffenol, has instant coffee crystal as an active ingredient and soda ash (also known as washing soda and sodium carbonate) as an activator. The Vitamin C developer has only Vitamin C and soda ash in its recipe. There is some variation with other ingredients added to these popular and widely accepted recipes, but we'll stick with the most basic ones.

Gathering the ingredients is literally like going to shop for your groceries. The initial cost will be twice as high as buying a package of commercial developer in powder form. There are several advantages of buying and mixing these homemade recipes over the commercial developers however, mainly because there is no temperature regulation to speak of during the entire mixing and developing processes. You also don’t have to worry about the solution’s shelf life, or its toxicity because you don’t mix it up in a large quantity like you do with the commercial developers. Like making a cup of instant coffee to drink or getting a dose of Vitamin C, you mix up these developers only when you want to use them. Another advantage is that these ingredients have a much safer impact on both you and the environment.

Just mix them up until ingredients are completely dissolved and the solution becomes uniform. The developing time is going to be different for different types and brand of films. To start off though, develop your film by either developer for 25 minutes and agitate at 30 second intervals. Then based on the initial results, adjust developing time and agitation accordingly. If developing sheet film in a rotary tank, over development can occur from over agitation (so, be careful with your agitation).

*Also keep in mind that these recipes are for the developer step of the developing process only. All other steps, both in chemicals and time, are to be done normally with your stop, fix, wash, etc. A variation of the Caffenol recipe includes adding the Vitamin C to it. It is known as Caffenol-C. And all you do is add ½ teaspoon of Vitamin C powder or a 1000 mg tablet to the recipe of Caffenol given above. Vitamin C increases the effectiveness of the coffee developer. It helps reduce developing time and adds overall contrast to the negative. I personally prefer the Vitamin C recipe over the Caffenol variations. I used the kind of vitamin C tablets without the orange coloring as an ingredient. I think that is why there is less color tint on the developed negative. I like the overall density and contrast better also.

Anyhow, the negatives developed by either Caffenol variations or Vitamin C will never be as good as if they were developed by commercial developers. And the developing time in some cases triple that of what we have grown accustomed to. For this reason alone it seems impractical to use them on a regular basis. I can only imagine using these developers for a very specific project or along with a group of fellow darkroom socialites. If time is money, you would spend quite a lot developing your film with Caffenol and Vitamin C developers, which will certainly offset the cost of the ingredients you may feel you have saved over buying and using commercial developers.

My observation shows that coffee produces a low-contrast and soft negative, and vitamin C produces a significantly sharper and higher contrast negative. Based on this information, you could customized your own developer to suit your shooting and printing styles by combining coffee and vitamin C together in different ratios. I've tried experimenting with this concept as well, and decided to add a teaspoon of coffee to the Vitamin C Recipe. It appears I've made Caffenol-C developer, which has much less stain on the negative. Other combinations of these ingredients are possible, but think carefully about their effectiveness.

Modern day photographic materials require a much more complex developer solution to produce predictable, manageable, and repeatable results. With that, comes many toxic chemical compound ingredients combined in a single recipe to make them sufficient for the tasks. Handling these commercial developers carelessly could result in personal illness, injuries and even death. Coffee, vitamin C and washing soda on the other hand, are much easier and safer to handle in a similar situation and environment. Any organic substance can be harmful to the body if mishandled or abused, but the hazardous level of using Caffenol and Vitamin C developers and that of commercial brands is almost incomparable. So, if you are looking for film developers that are easy to make, safer to handle, and have the least impact on the environment, Caffenol and Vitamin C developers should certainly be considered for your choices. If you have the time to mess with them that is. A print from negative #3 (shown as negative above) + a little enhancing can produce a
pretty normal looking image even when developed in a coffee and vitamin C solution. 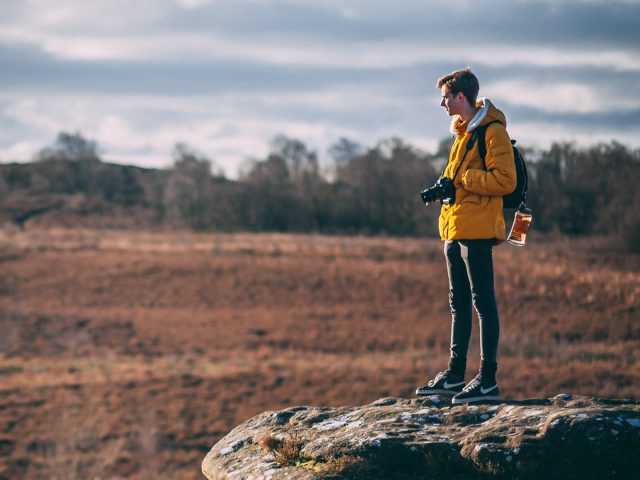 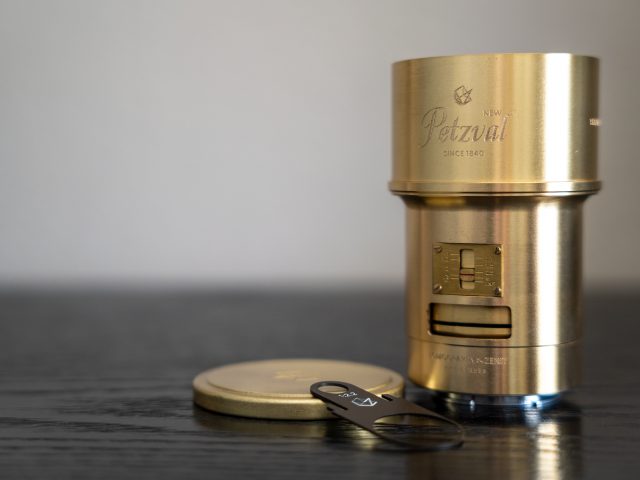 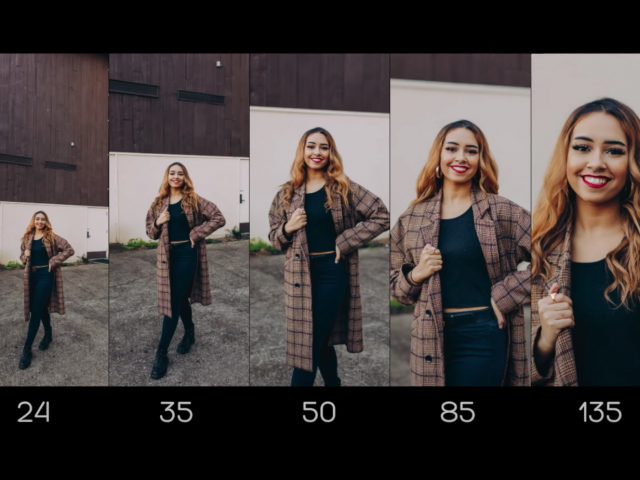 Which Focal Length Is Best for Portraits?