We love used camera equipment and hopefully it shows. We certainly make no qualms about our belief that buying used gear is not only as good as buying new, it's actually better. But the more we sing the praises of used gear, the more it becomes evident that there are a lot of misconceptions out there.

One aspect which people seem to have trouble with involves image quality. We get questions like, "Will my pictures be any good with a used camera or lens?"

This confusion around how condition affects the finished product (your precious photos) is understandable. For example, you probably wouldn't expect a used paintbrush to perform quite as well as a brand new one. But, with sincere apologies to artisanal paintbrush manufacturers everywhere, camera equipment is a little more sophisticated than that.

We stand by our belief that, if evaluated properly, camera equipment can produce functionally identical images, whether new or used. That's why our team of expert technicians is such a key part of who we are—since we're capable of properly inspecting and grading used gear, we can guarantee that it'll work as new.

To prove our point, we decided to do a little experiment.

We took five bodies (Canon 5D Mk III) and five lenses (Canon 50mm f/2.5) across five grades (New, Like New Minus, Excellent Plus, Excellent, Bargain) and put them to the test. We even went out and bought a brand new kit to represent new gear in the experiment.

If you're not familiar with our grading system, here's how it breaks down:

For all of the grades above, we guarantee that the item will work just as good as new and your image quality won't be affected. That's why we chose those grades for the experiment. Additionally, we also have a couple of grades of gear that's seen some heavy use, and they are:

UGLY: The item works, but is definitely in rough shape. Lenses in this condition may have fungus or haze, which may affect image quality.
AS IS: Equipment may only be usable for parts, as it may or may not work. We don't offer any warranty or returns on these items.

Obviously, there's a huge difference in price between all the grades. For example, at the time when we began our test (about 6 months ago), these were the prices for each of the 5D Mk III bodies:

Even within our used copies there was an $800 difference in price, which is sizable, but the $1,800 difference between New and Bargain grades is especially notable. Just think, with an extra $1,800 you could buy a used second body and a few used lenses to round out your professional kit, or even a nice week-long getaway to inspire new photos. But let's get back to the experiment.

Now, we'll be the first to admit that we're no scientists, so there's going to be no claims that this was a thoroughly scientific test—we just thought it'd be a fun thing to try. But, having said that, we did do our best to keep conditions as consistent as possible.

We set up the cameras on a tripod and dialed in identical settings for each shot—f/13, 1/10 sec, ISO 800. We used a constant light source and manually focused to the same exact point in each photo—the top of the apple stem. We shot RAW and applied simple, identical contrast and color edits to each photo in Lightroom. We then took the files and blew them up to 24 by 36-inch prints.

Here are the photo files from each kit in no particular order. To easily identify each picture, we labeled them as John, Paul, George, Ringo and Pete.

You will notice a slight difference in framing, and that was due to minute variance between the angle of the tripod mounting plate on each camera. Nothing major, a matter of millimeters, but worth mentioning as I'm sure some of you will notice right away. 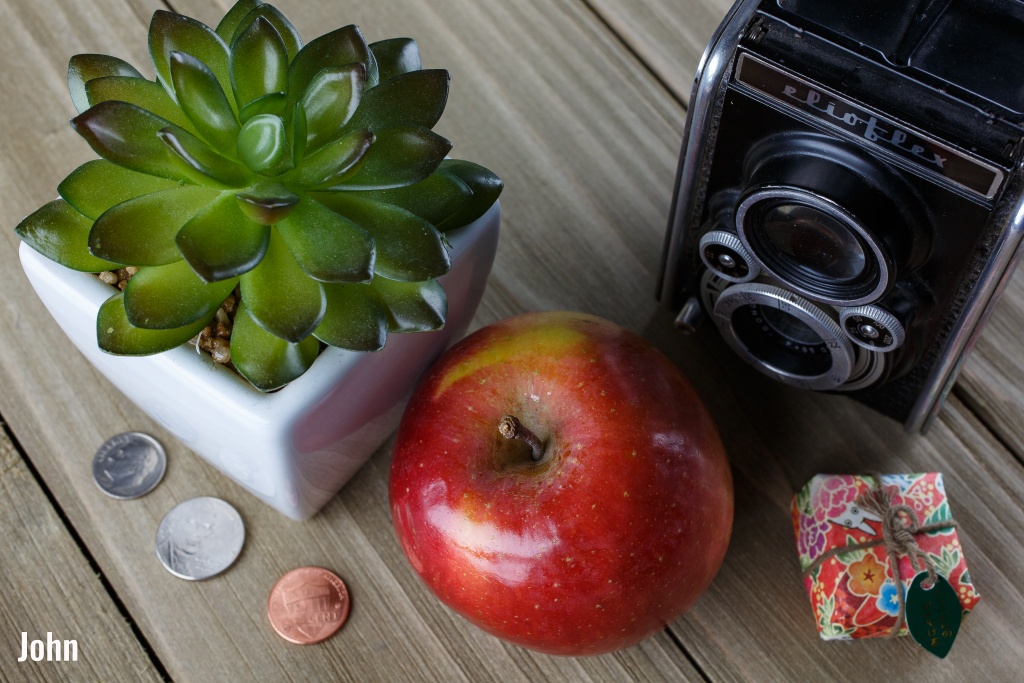 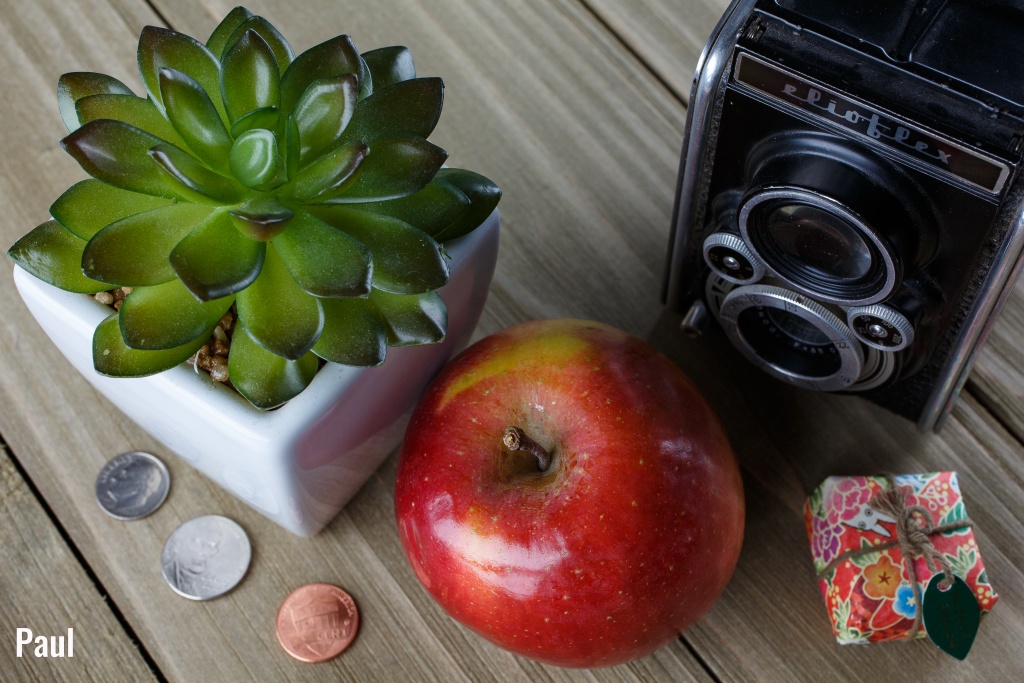 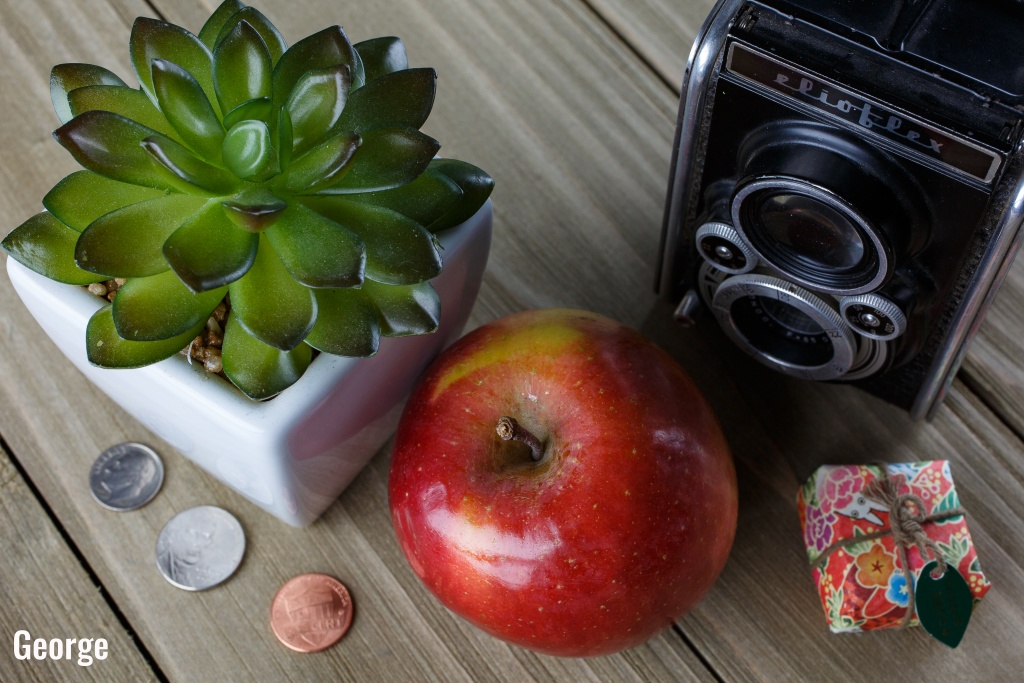 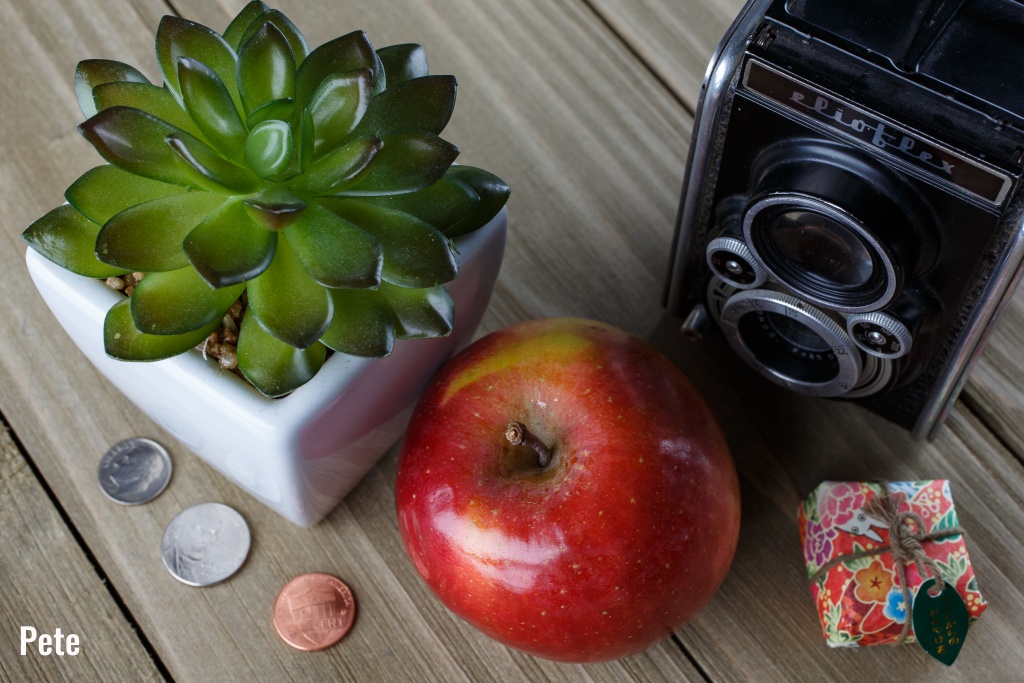 To get a little closer look, here's the center of each image: 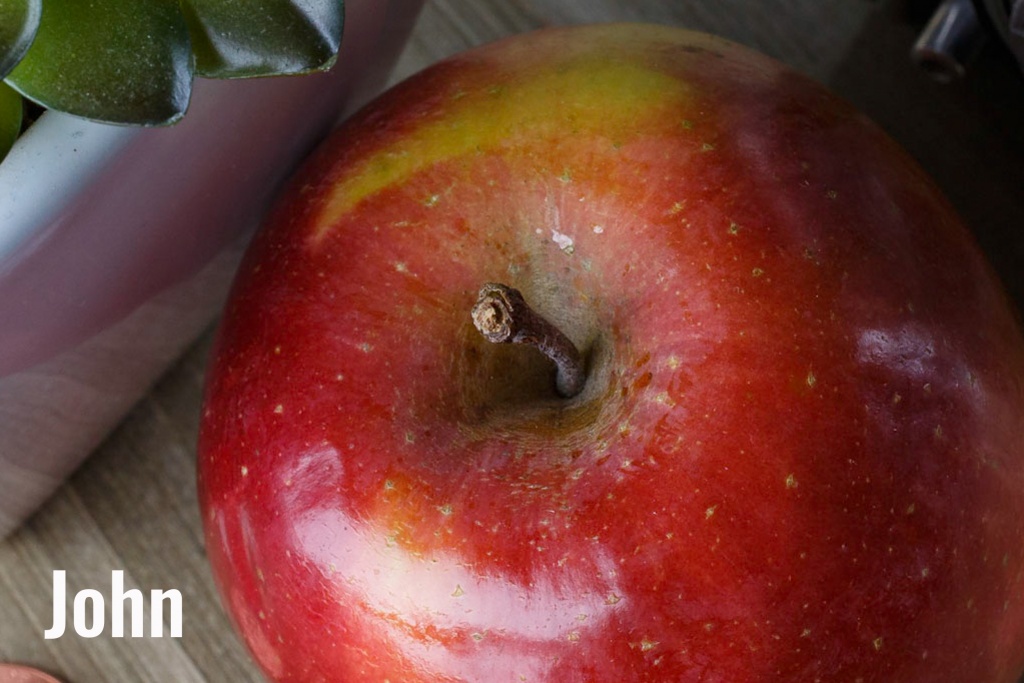 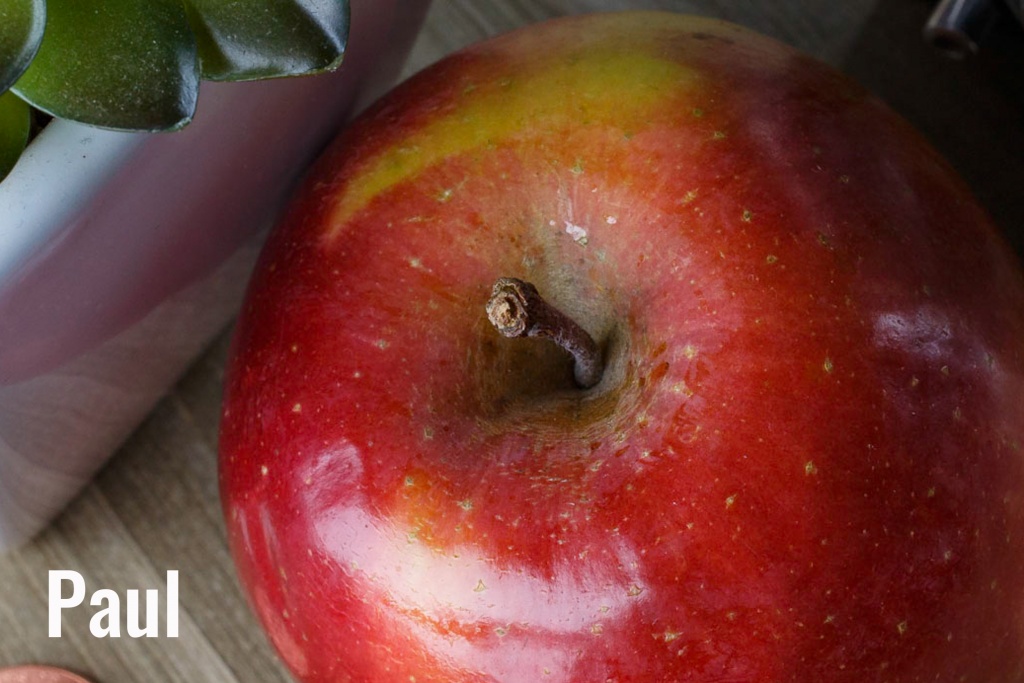 And finally, the lower-left corners: 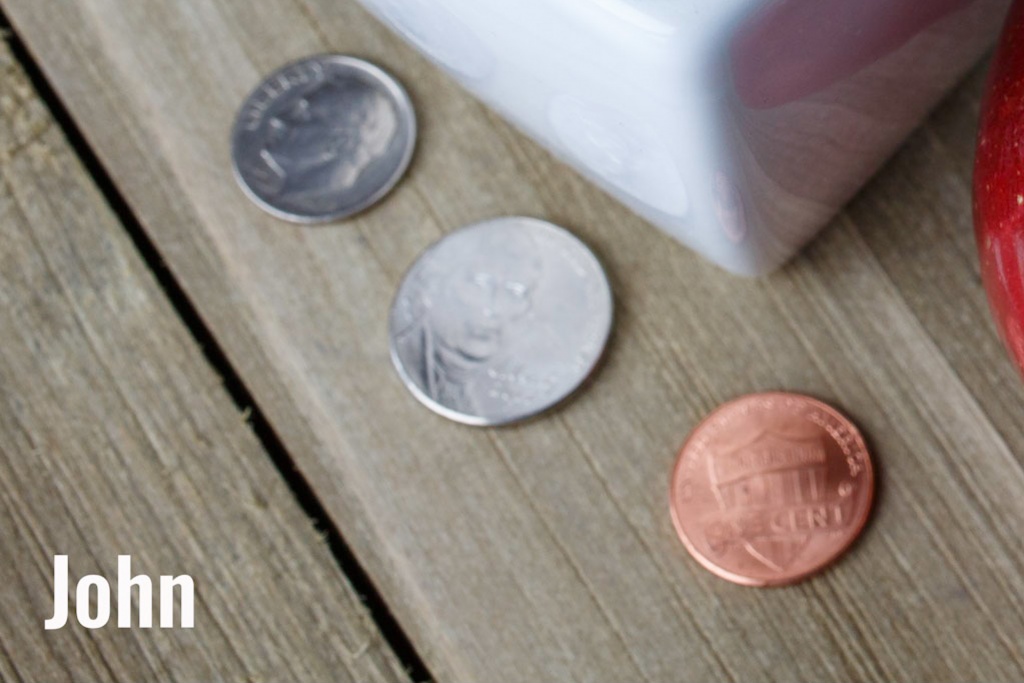 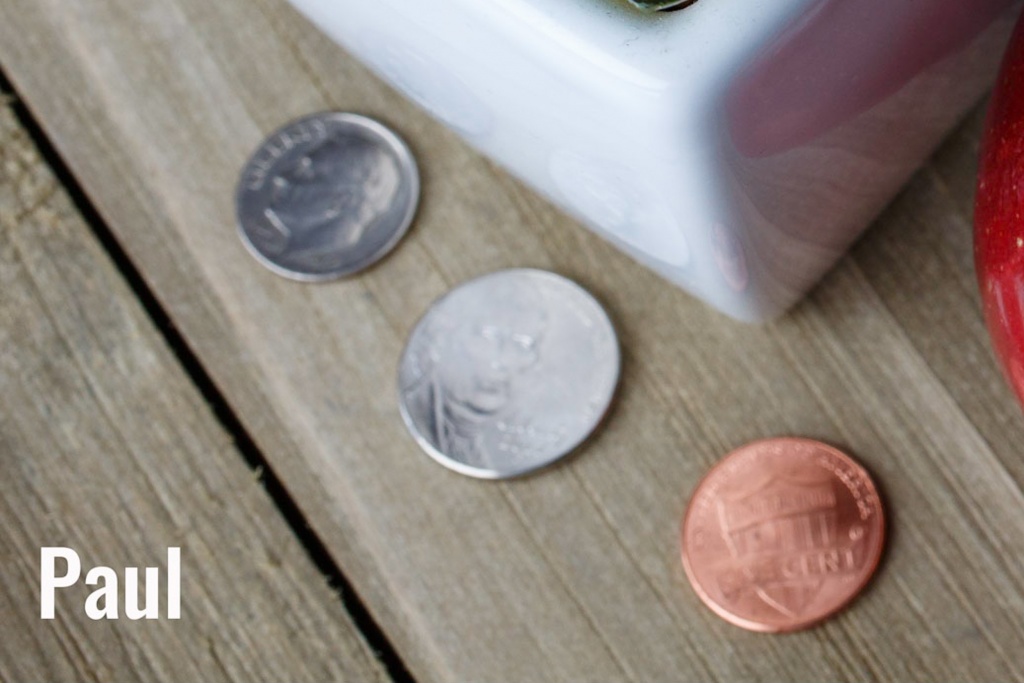 Over the last six months, we've challenged dozens—possibly hundreds—of people to identify which camera took which image. We mounted 2-feet by 3-feet prints to our walls and challenged amateurs and pros alike. We challenged KEH technicians, seasoned portrait photographers, keen-eyed print specialists and even some of our half-interested spouses. Pretty much anyone that's stopped by our headquarters or attended a KEH event since March has been put to the test.

You should take a stab at it here as well, of course. Lock in your guesses and we'll reveal the answers below.

We're excited to report that an overwhelming majority of people (upwards of 99%) were not able to match all five. And frankly, they should be stumped—from the start, we suspected that this test was going to be extremely hard to pass. Most people couldn't even identify which images were taken by the new and the bargain kits—which hypothetically should have the biggest disparity—and an $1,800 difference.

And we're not going to downplay this—a handful of people did manage to correctly match each kit with the corresponding image, which was impressive. But even some of those people admitted after the fact that they were just guessing. When asked what factors they based their reasoning on (things like sharpness, contrast, chromatic aberrations, highlight/shadow detail, etc.), they were not able to consistently support their reasoning across all the images.

If anything, this experiment did illustrate that there is some slight variance between copies of Canon sensors and lenses, even though they're in the same product line. However, those variances had no correlation to the condition of the item. And no test participant said that any of the images above didn't meet their standards. They all said that they would happily turn in any of the images to a client, or make a print for their walls, or share on social media.

Hopefully, by now you've tried your own hand at this experiment, so if you're curious as to how you did, here are the answers:

This was a fun experiment and we really enjoyed putting people to the test. If you happen to be around our headquarters, we welcome you to come by and take the test in person.

The main takeaway from all of this is pretty simple—if image quality is what matters most, then you shouldn't worry about buying used gear from KEH. Not only do we inspect everything that we sell to properly assess condition, we also guarantee our gear for 180 days, with the option for an even longer warranty.

Just think of everything you could do with the money you save by buying used. That money goes a long long way in your pocket. And if the resulting pictures are the same with the used gear, you lose nothing—but stand to save a lot.

So, why would you ever buy new again?