Future Predictions About the World of Photography

There have always been advancements and paradigm shifts that move the world of photography forward. With the introduction of 35mm film roughly 100 years ago, what was once available to mainly professionals, was suddenly accessible to the masses. The release of the digital sensor in the 1990’s opened a new door to the photography world, where familiar camera bodies were adapted and new ones created to shoot the new digital medium. This led the way to arguably the biggest shift in the last 100 years, the introduction of the smartphone; putting a powerful camera in the pocket of all and making virtually everyone a photographer. So, where do we go from here?

While the next “big thing” is anyone’s guess, emerging and future trends in camera hardware and software have some strong indicators that can be explored and utilized to start painting the near-future world of photography. As I do not have a crystal ball to predict this future, I’d like to cover some directions I’d personally like to see photography go with hardware, software, and as an art.

First off, the world of film. As mainly a film photographer, I’d like to see the resurgence continue as it has in the past decade. Though the crowd still using film is relatively small, we are all pretty vocal about our love for the format. More and more people are picking up film once again, or trying it for the first time to see what it is all about. Realizing we are a small fraction of the photography community, I still hope major players like Kodak, Fuji, and Ilford continue to supply their stocks that continue to be loved by us. They each have a few that are in demand and fingers crossed that this justifies their continued production. Each time an old stock is killed off, the community cringes as a whole. The current pickings are thin though a few new stocks have been introduced in the last couple of years from independent players, so I am hoping to see this trend continue to pick up. It’s exciting to see the independents trying to put new films out there and at least a couple trying to bring back discontinued ones. One thing I think we’d all like to see would be Kodachrome making a comeback (with labs or chemicals that can actually process it). I know the rumor mills and Kodak says it won’t (can’t) happen, but we can always hope.

Also on the film side, hardware. A couple manufacturers continue to produce and sell new 35mm film and large format film cameras and I would like to see some more manufactures re-enter the market aiming their new bodies at the enthusiast and pro levels. I do understand it is difficult to justify the cost of creating new bodies for such a small market, but it’s one of my future dreams to keep the medium alive. But what I really want to see is a new medium format film body and honestly feel the time is right for someone to bring out a new body. New medium format film bodies have been completely ignored by manufacturers and what we have is getting extremely long in the tooth. The bodies are becoming more difficult to service and are experiencing the multitude of issues that come with age. (Ask anyone still shooting the beloved Contax 645). I have high hopes for the re-emergence of new medium format film bodies and would love to see Ricoh put out a new Pentax 67 or see Hasselblad (DJI) put out a new film series. Again, even with a small audience, the release of a new medium format film camera could give 120/220 film stocks a boost and put reliable equipment and the hands of film photographers once again.

Onto the world of digital. There have been all kinds of exciting things going on here like Nikon entering the full frame mirrorless world and Hasselblad putting out an amazing and relatively compact medium format mirrorless. Hopefully, others will be soon to follow in these great paths. Bringing in competition in these areas really drives each manufacturer to be better at what they do while keeping prices in check. For trends in digital systems, I see coming in the near future, I think they’ll mainly be based on software interface enhancements and screen improvements like larger 4K+ rear tilting touchscreens and ultra-realistic EVF’s. The intelligent software powering the rear panel abilities will focus on things like clean intuitive menus (I’m looking at you, Sony), pinch-to-zoom lens functionality, infinite touch-to-focus grids, built-in apps, and so on; marrying and integrating the functionality of modern smartphones. Pairing with your smartphone to expand the toolset and social media aspects will be the norm rather than the exception in cameras. In my opinion, I see the next digital camera war being over innovative software rather than the incremental hardware improvements.

That said, there is no end in sight for the continued improvements of sensors, although I see it as minor step-adjustments similar to what we see in the phone industry with each new release. Near future will show sensors packing in more pixels and using the latest technology to improve low-light performance and, of course, battery life. There won’t be any immediate groundbreaking improvements as today’s digitals are already beginning to boost their ability to shoot in near total darkness, and this performance will continue to incrementally improve. Other incremental improvements will be along the lines of higher ISO abilities, further boosts in raw frame per second rates, and larger and faster buffers. Oh, and can we get everyone on board with weather sealing all future digital cameras and lenses?

Finally, let’s move away from hardware and software and talk a little about photography as an art. Some of the old trends we see will start to fade away; like over-baked HDR and Instagram style filters. I think we’ll be seeing a lot more B&W work as I am seeing more and more of it in my circles. It’s a timeless look and I think with all the information overload these days, a nice clean B&W is quite relaxing to take in. Also, I hear a good deal of talk from people wanting to once again print their work, hang it on a wall, flip through a physical album, or send off to their friends. For a lot of us hobbyists, what we shoot only ends up on some social media stream or sitting in some cloud storage, merely enjoyed as pixels on our screens. I think with Instax reminding us of the joy of a physical print, more people are going to start looking into getting their work printed out so they can really appreciate their work in a physical form. For the past year, I have been trading framed prints and filling my studio walls with their work (and for the record, they have been 90% B&W prints).

Again, these are more of my wishful predictions and wants based on what is emerging in the world of photography right now. Would love to hear your thoughts on this, and what you feel might be emerging (or what you’d love to see emerge) in the near future in terms of hardware, software, and the art of photography.

Seeing in Black and White 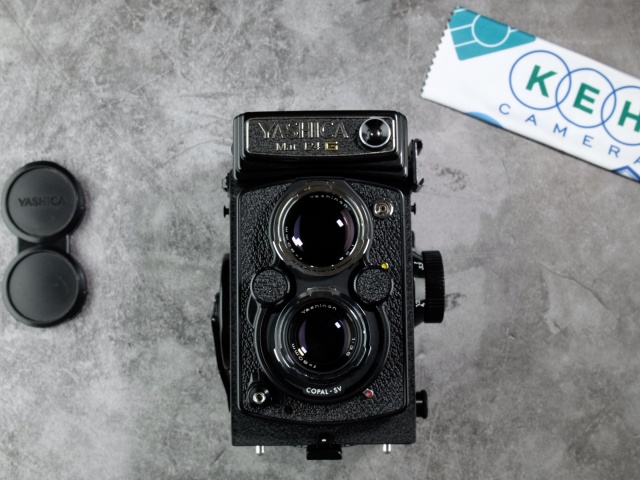 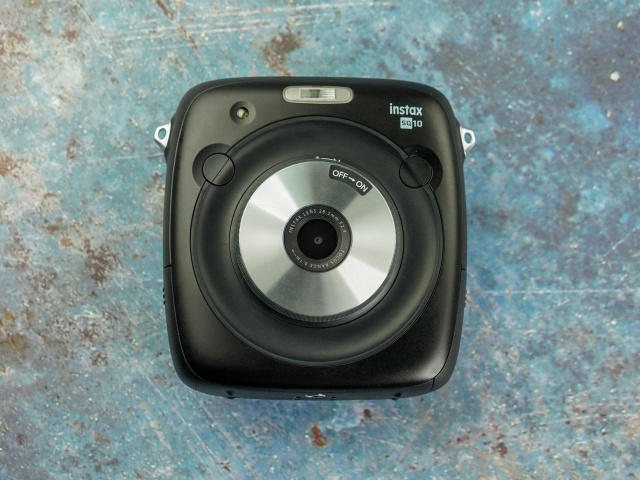