Most built-in computer webcams are tiny. They're often made of similar components as smartphone cameras which are generally just good enough to get the job done.

While impressive in their own right, these little devices don't really compare to your big and fancy DSLR, mirrorless camera, camcorder or even your GoPro, do they? It seems almost a waste to let your favorite camera sit unused while you're doing your at-home video conferences or recording your Twitch streams.

With a few extra steps, it's actually surprisingly simple to use one of these cameras as a webcam. There are tons of added benefits to using this technique, mainly that you can choose your own more flattering camera angle and whichever lens you prefer. Your viewers or coworkers will absolutely be able to notice the difference in image quality. Plus—if you're someone who keeps a piece of tape over your computer's webcam for security and safety reasons, you can feel free to keep that tape firmly stuck.

Read on to see how you can have your favorite camera take on a new role in this stay-at-home environment and become the best webcam you've ever owned. 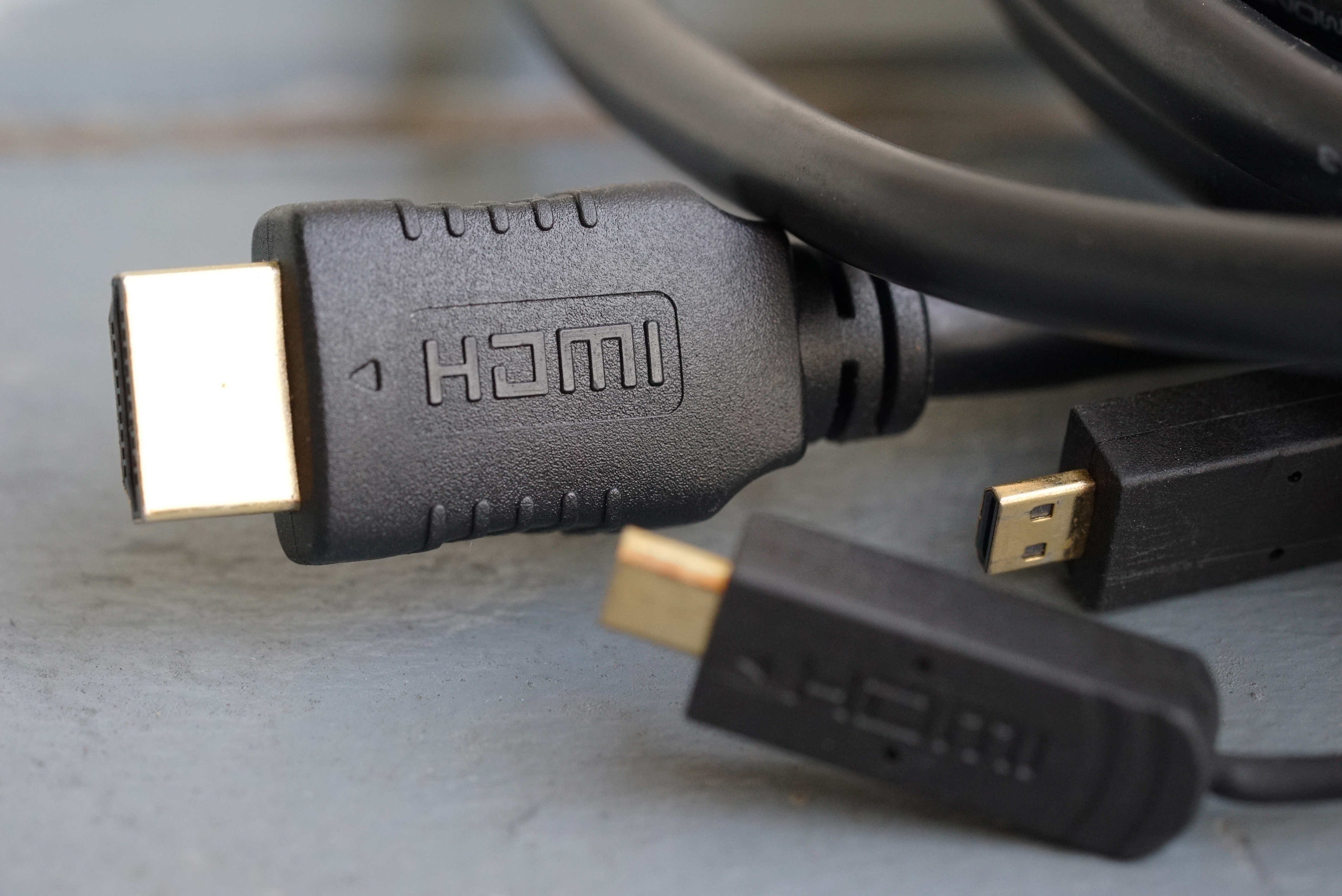 Pictured: A mother HDMI cable and her young[/caption]

For starters, this won't work with just any camera. Obviously, it's got to be a digital camera body. It should be able to accept a plug-in power adapter so you can use it without having to worry about running low on battery. Your chosen camera also needs a video output. A run-of-the-mill USB port on the camera won't work. The USB ports on camera bodies are typically used for charging or controlling the camera via tethering programs like Capture One or Lightroom.

The most common video output on current cameras is some form of HDMI, whether that be micro-, mini-, or full-size. Most of the latest photo-video hybrid cameras have this output in order to connect to an external monitor for easier manual focusing or an external recorder to achieve more customizable video codecs. These other video formats can come in handy for filmmakers since they're intended to make editing easier on your computer.

You'll also want to check that your digital camera offers a 'clean' HDMI out. This means that the video coming out of your camera doesn't have any of the menu options or display settings embedded in the video. You really want a video stream that only shows the picture without any of the settings, or they'll show up on the video you send to your computer. Usually, this clean HDMI output option can be selected somewhere in the camera's menu. 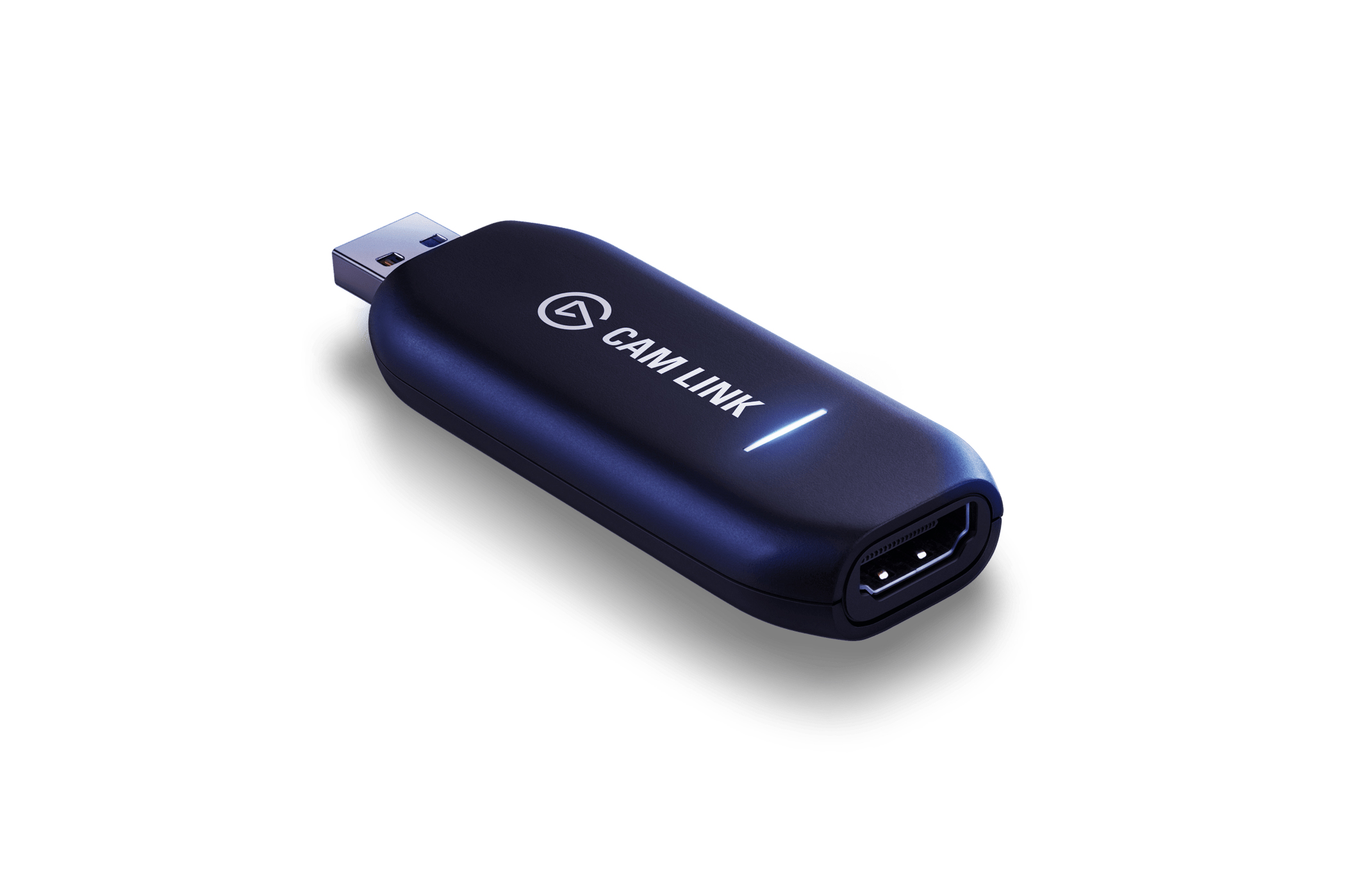 You're going to need one of these[/caption]

After scouring the internet, I've found that the simplest, most foolproof way to proceed is to purchase a capture card adapter. They make installable versions for desktop computer towers or more commonly, they have portable, plug & play versions for use with laptop computers. Usually, these can be found for around $160-$200. What this device does is take the HDMI video output from your camera and change it to a computer-readable data stream that can be read by your computer's USB input and used in video programs.

Before the capture card translates the signal, it's just a video signal that could be plugged into the back of a television or computer monitor. Even if your laptop or desktop has an HDMI video port, it won't work as an input. These, too, are video output ports and unlike USB ports, they only send the signal one direction.

Some popular favorites from the Twitch streaming community include the Elgato CamLink 4K or the pricier KAPCHR HDMI-USB 3.0 A/V Capture Dongle. There are tons of options for various video resolutions at wide-ranging price points. Check your camera compatibility before you buy one. 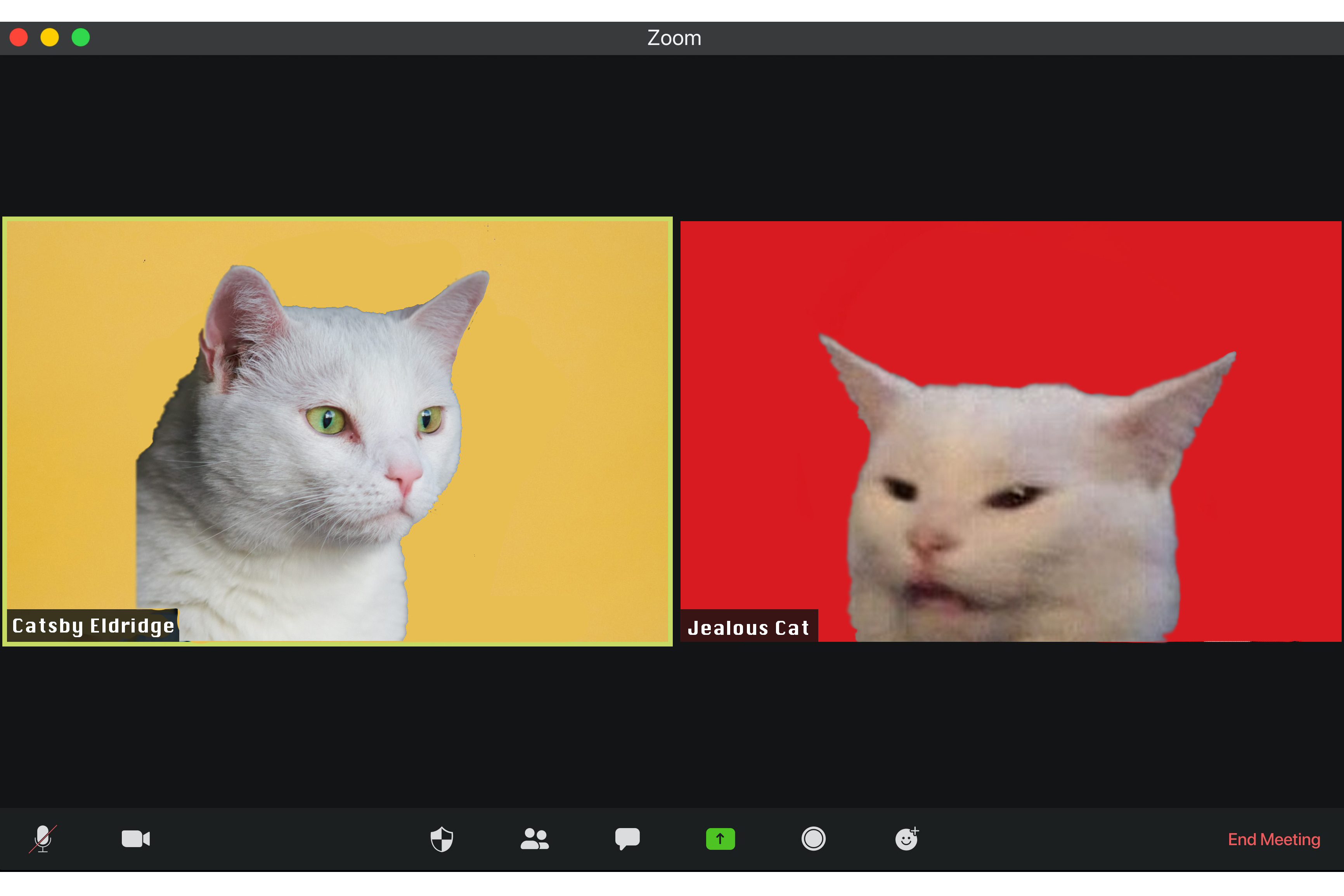 Note - this example has been created for educational purposes[/caption]

Looking & Sounding Your Best On Camera

Of course one of the benefits of using a dedicated camera instead of a webcam is you've got more options. You're going to want to avoid those up-the-nose angles. Get fancy with it! Break out a small tripod and position the camera slightly above eye level, off-center so you can get a more flattering angle for your face. This already puts you worlds ahead of the built-in webcams of most laptops.

As with any video setup, lighting is also key for good-looking images. Most LED panels provide soft and even lighting that can mimic the look of a window. The best look for faces is a large-surface that provides a soft and diffused light. For this reason, windows and softbox lights are often the best for live streaming. If the best you've got is a flashlight, desk lamp or some other direct, shadow-casting source, consider pointing the light at a white wall or large piece of white card stock. This will 'bounce' the light off of that surface, spreading out the light and making it look more like an interview and less like an interrogation. 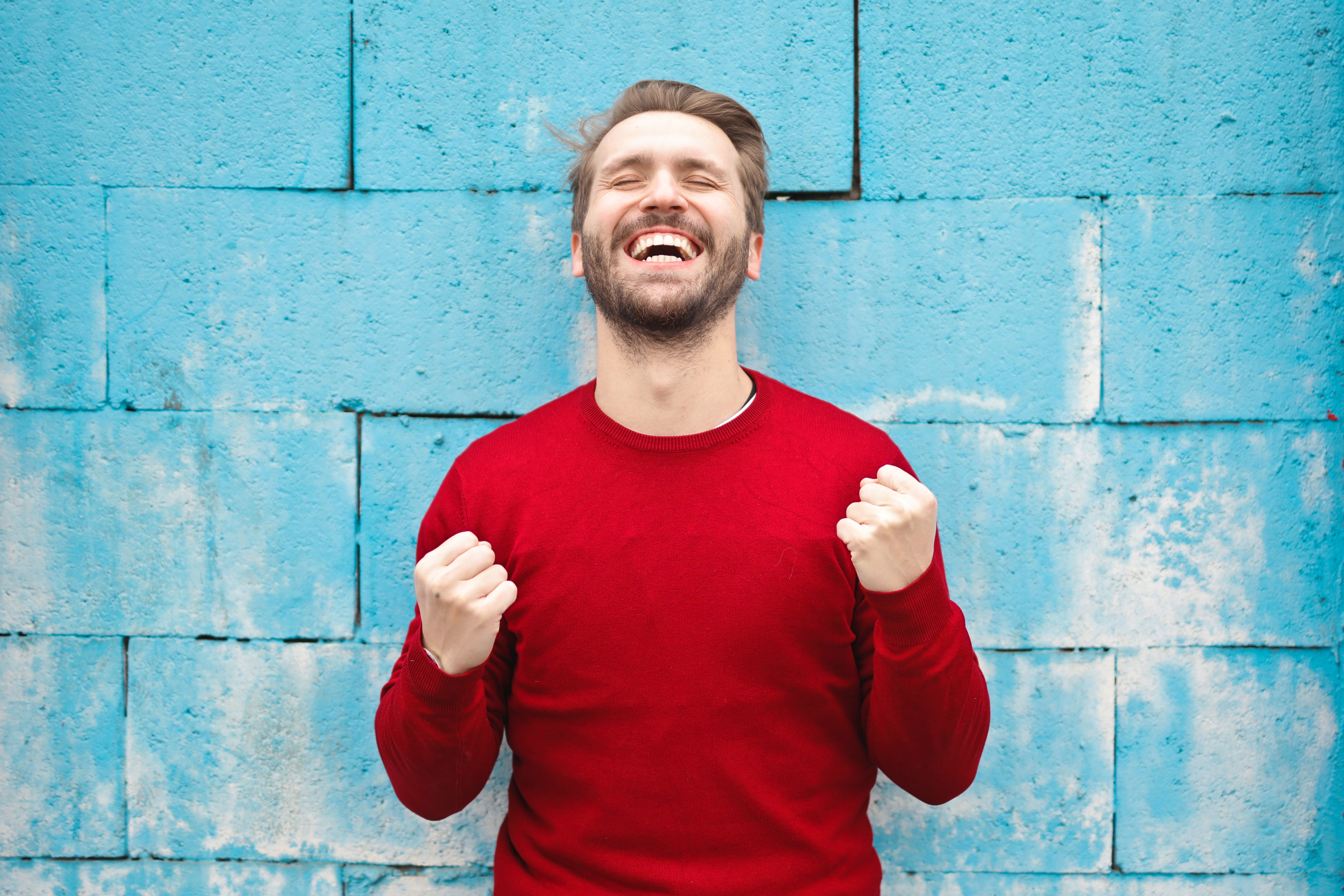 The face of a successful webcam upgrade[/caption]

Run Your Cables | Rock and Roll

It's time! Depending on which adapter you received, you may have to download a driver. Most of the modern adapters work as simply as plug-and-play.

Run a mini-, micro- or standard HDMI cable from your camera to the capture card device. Plug the capture device into your computer. From there, you can follow the instructions of the manufacturer but it will go something like the following.

Turn on your camera after connecting it to a constant power supply. Select the video settings you'd like to use. I suggest not going higher than 30 frames per second at 1080p resolution to avoid overheating. While most modern cameras can handle this kind of use, they also probably weren't designed for hours of nonstop 4k streaming. Trust me, 1080p will make fine viewing for your fans.

Open your capture or streaming software, select your external device as your primary webcam, and you should see a direct feed from your favorite camera & lens straight into your computer. At this point, you can adjust your lighting or reposition your camera, unlike using a static webcam.

Now all that's left is to enjoy having the best webcam in the video conference. Just don't be surprised when your coworkers demand to know why you look so much better than them on camera.

Update-
As of April 28th, 2019, Canon has since released a beta version of the software EOS Webcam Utility that can be used on Windows 10 that allows many of their camera to simply plug-and play without having to purchase an extra device! Sorry, Mac users. There isn't any support for you yet. See full details here.

More of a mobile user? Discover our top accessories for smartphone live streaming.