Laura Silberman is one of KEH’s Camera Technicians. She’s been a hobby photographer since 2005, and received her first and only DSLR, a Nikon D40x, in 2007 as a high school graduation gift. Majority of her career has been spent in video production and broadcasting having worked in sports, live production, and higher education. Along with photography Laura possesses a passion for crafting, movies, travel, and collaborating with others to create new worlds, as seen with her love of D&D and LARPing. She strives to work in environments that allow her to learn constantly, which she has achieved with joining the KEH family.

I’ve been shooting with a Nikon D40x since the summer of 2007; when I got it as a high school graduation gift. I’ve done concert photography and sports photography with it for years. Then life happened and I wasn’t attending concerts or working in sports anymore. Thus, I took a very long break from doing any serious photography. This all changed in August of 2018 when I picked up a new hobby, LARPing (Live Action Role Playing).

The LARP I partake in, Dystopia Rising, is hosted each month at one of two local State Parks in Georgia depending on the year. At my first game in August I noticed that nobody was taking pictures. I reached out to the owner and asked if I could take pictures at the next event. September rolled around and there I was taking pictures of the action happening during Dystopia Rising. It was a great feeling to do photography again. At each event since September I knew I was improving on my ability to find the right moments to capture, but at times I felt as if I could be doing better if I had a different camera. 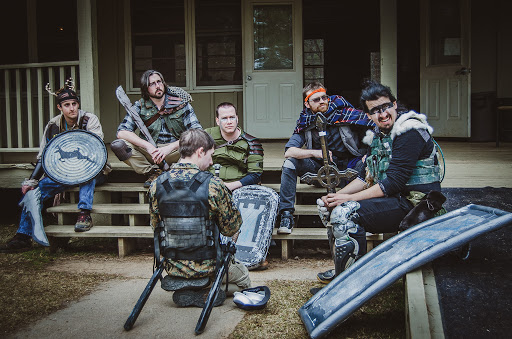 I started working at KEH at the beginning of this year. As a camera tech, they have us start out with back-checking what is in stock to gain understanding of the cameras. We're able to get a feel for them, so we are not fumbling over them when we have graduated to working with the live inventory coming in. During the time I was looking over Nikon, I was keeping an eye out on a model post-2007 that I would be interested in to upgrade to. The Nikon D7000  ended up being the one. About four years newer than my D40x it had what I felt would help me capture scenes at Dystopia Rising better. The ISO is four times higher than that of the D40x and has high-speed continuous shooting. The higher ISO would help me to shoot inside of the buildings that are not lit well due to being genre-appropriate and the high-speed continuous shooting would ensure I didn’t miss a moment of a fight scene. 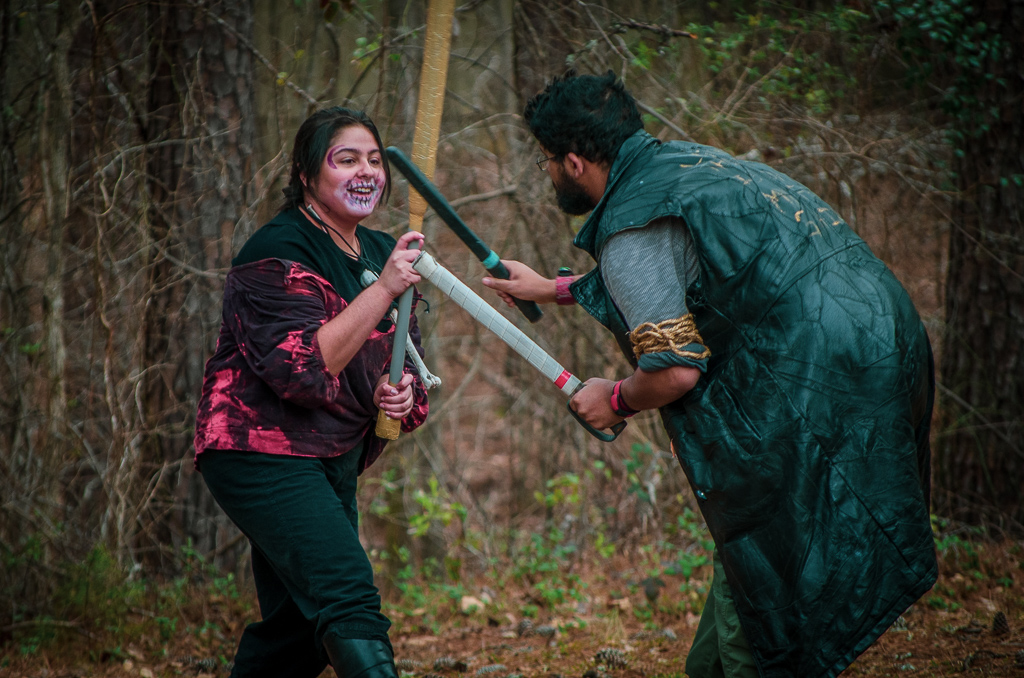 When I was able to bring out the camera Saturday morning I decided to first test the higher ranged ISO in what is the Tavern for the game. When I started taking pictures and things were coming out clear and not dark I began to feel like a kid in a candy shop. I was finally able to get pictures inside the buildings and took more than I have in all the events since September. This event there wasn’t a lot of fight scenes during the times I chose to take photos, unfortunately, so I didn’t get a lot of those scenes. The high-speed continuous shooting definitely meant I had more pictures to sift through,but I always caught the moment I wanted.

After getting to hang out with the D7000 for the day I definitely want to invest in owning one. I plan on taking it out again for my next event to try night-time shooting. I’ve not yet bothered to do that at a game, since I know my D40x can’t even begin to handle that and I think the D7000 may be able to. 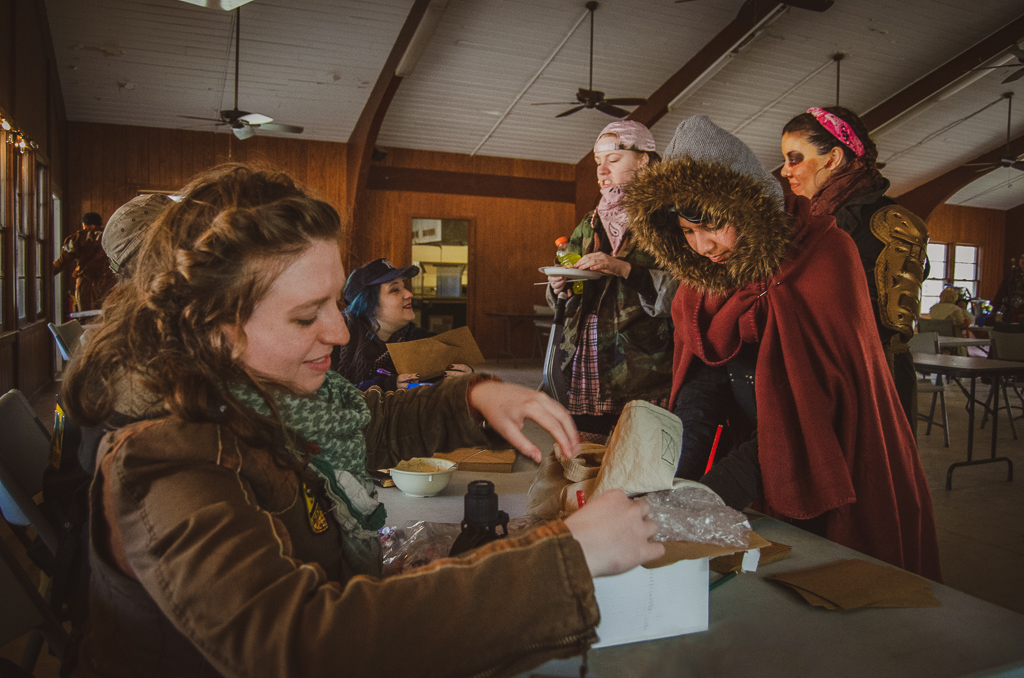