Matt Pintar is one of KEH’s customer service representatives. He enjoys video production and is passionate about telling stories through video. In his free time, you will find him either skateboarding, serving in church, or spending time with loved ones.

I decided to rent the Sony FS100U camcorder from KEH for a music video project. Recently, I've been shooting with a Sony A6300. These two cameras have very similar sensors in the way they respond to light and even the way they handle a lack of light.

The artist in the music video goes by the name of “BREEZUS.” Our goal was to create a look as if you were viewing the artist through 3D glasses; one lens being red and the other is blue. We used a red and  blue light source to stay true to the look of the glasses. But, the interesting thing is when you look through the glasses at a certain angle, it almost looks like you are seeing double of your subject. We achieved this similar look in editing. Below is the effect we were working towards. 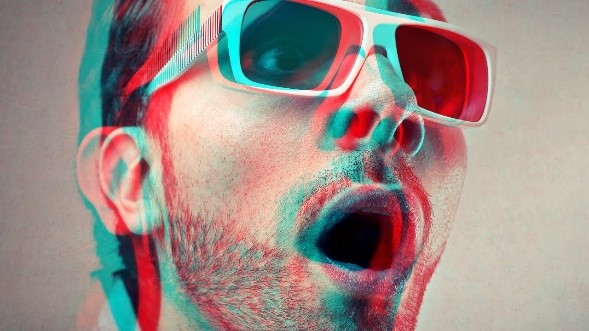 Below the video sample:

I usually shoot footage in 4K, but I was impressed by the FS100U and the HD quality. Though we shot the video in low light, the raw footage was extremely clean and I didn't notice much noise.I used the FS100U for mainly close-up shots as I was using prime lenses on it. I love this camera, because it is also an E-mount. I was able to use my current Sony lenses with it.

I tend to move the camera a good bit and it performed well with my movement. It is a relatively heavy camera if you are used to shooting with DSLRs, but don’t let this intimidate you. The camera is a workhorse and extremely easy to use if you have had any experience with P2 camcorders or Sony DSLRs.

Though I am a fan of the small Sony DSLRs, the FS100U is a great choice for anyone wanting to break into broadcast or small production projects. I would highly recommend this camera and the price point is very good for this model.

Everything You Need to Know About Switching from DSLR to Mirrorless