Congratulations to our Top Pic of the Week, Sam Lozano. Let's learn more about the production of his photos.

What is it about street photography that speaks to you?

I'm an introvert by nature and I was drawn to street photography partly because of that. It's such a solitary pursuit—I can walk and every time I'm out see something briefly come into existence then vanish and it's gone forever. For me, the whole thing is almost Buddhist and requires you to always be present and flowing along with your surroundings. I'm also fully aware of being introverted but there are times when I really wish I was more engaged with the world—I suppose street photography is an imperfect way for me to fulfill that need. 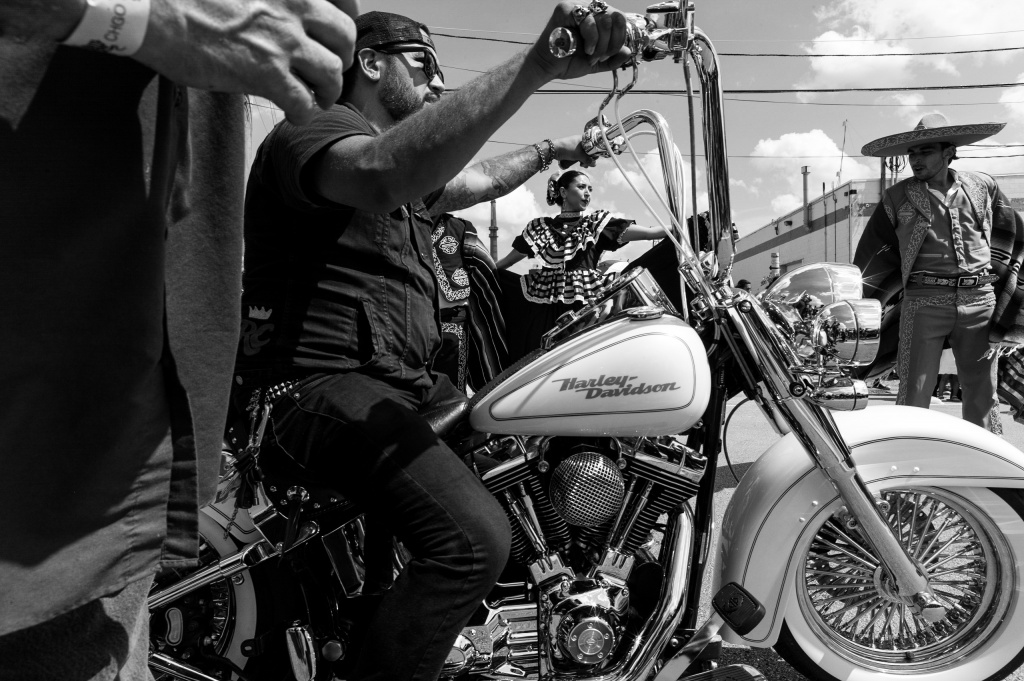 I use Leica, both film and digital, along with a Ricoh GRIII. You can shoot street with literally anything, but for how I shoot those are the tools that reduce the process to the bare minimum. I really, really don't want to think about the shooting process while I'm doing it, so I try to keep things very consistent no matter what camera I have in hand—ISO 400, zone focus, and a mix of manual metering and eyeballing Sunny 16.

I develop and scan all of my black and white film at home and process in Lightroom. My current film setup is HC-110 developer along with Kodak Tri-X and Kodak Eastman XX 5222—a movie film that I buy in 400ft bulk rolls. I've found that sticking with a single developer and 1-2 films has really simplified my life. Once you have the mechanics of taking and developing your photos you're free to focus on the creative aspects.

I started taking photos about 9-10 years ago, with most of my street photography happening over the last 5 years. I'm a software engineer by day and I found that having a device in hand with a ton of fiddly knobs and buttons and an infinite number of interlocking settings really appealed to me. Add to that all of the variables involved in processing film (which developer to use, agitation, film speed, etc) and the combinations are endless. The idea that you could manipulate so many different variables and still produce something that is art—that's something that really captured me over 10 years ago and I still get that same excitement. Of course, time has been one long learning process and I've learned to find the right variables and just stick with those. 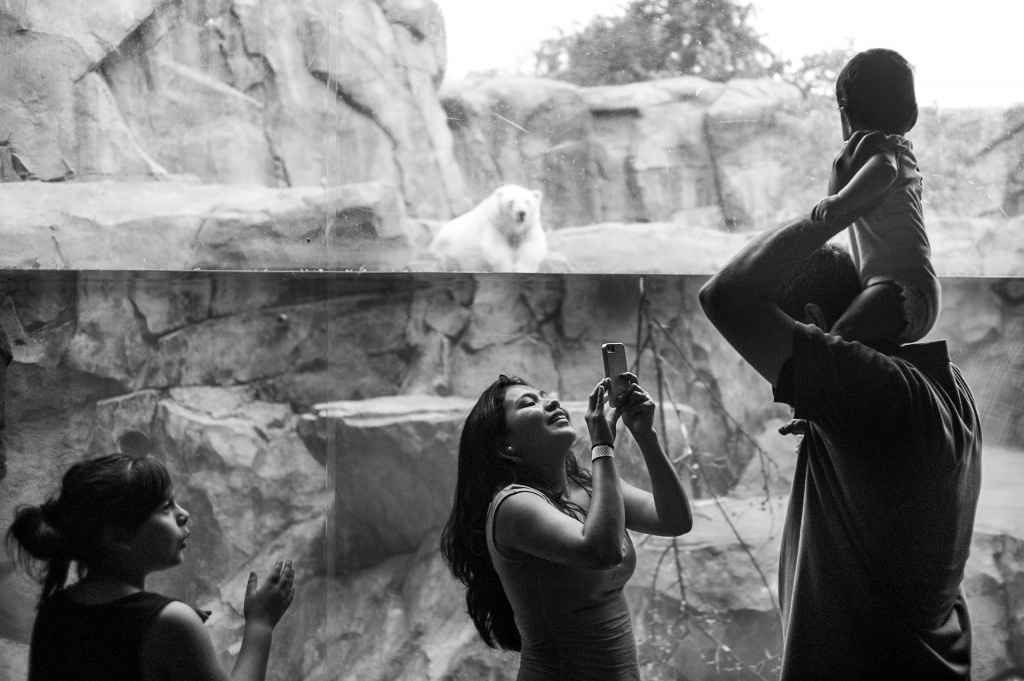 One of the things that's really fascinated me for years is how solitary everyone really is. As humans, we're social animals that have been gifted with intelligence and empathy, but in reality, all of those thoughts and feelings are trapped inside of us. Nobody can ever truly know what anyone else is feeling, which I guess is a pretty good definition of solipsism. I guess a lot of my style is driven around this—my photos try to isolate people at their most unguarded. Finding people in those moments reveals so much about that person. On the flip side, if you stand out and everyone knows that you've got a camera, then everyone instantly assumes a different persona, one that's a facade of how they want to be perceived as opposed to how they really are. So, being sneaky and fast is crucial, along with constantly hunting for ways to isolate the frame down to 1 to 3 people. I rarely take photos that have a large number of people in them.

It sounds simple, but the first piece of advice I would give is to always, always, always shoot. Find time to shoot something—anything, everything—every day. If you're serious about your photography, regardless of what your subject or style is, there is no substitute for practicing and developing your eye. My end goal has been to practice relentlessly until the camera itself just kinds of vanishes and becomes an extension of my arm and eye. Zen and the Art of Archery by Eugene Harrigel is one of my favorite books, I've read it so many times and it really articulates the Zen philosophy so well. Practice incessantly and eventually every brain cycle is spent on the content of your shot and not how you take the shot.

I would also recommend that you study others—photo books, exhibits, zines—either the masters (Cartier-Bresson, Maier, Erwitt, Helen Levitt, Eugene Richards, Trent Parke are a few of my personal favs) or just studying other photographers on social media. Eventually, by studying the output of others you'll get a much better idea of your own personal style.

None for now—just looking to keep restocking my film supply. Actually, I'd really love to get a scanner that can batch scan a full 35mm roll—I've lived without one for years but it would be a great convenience.

In my spare time, I've been using some of the older film cameras that I've acquired over the years, mostly because of KEH. I'm currently really loving my Olympus OM-4 (using it with a 21mm f/3.5) along with a half frame Olympus Pen F and 40mm f/1.4, they're so small and lightweight and the Zuiko lenses consistently have just gorgeous rendering. 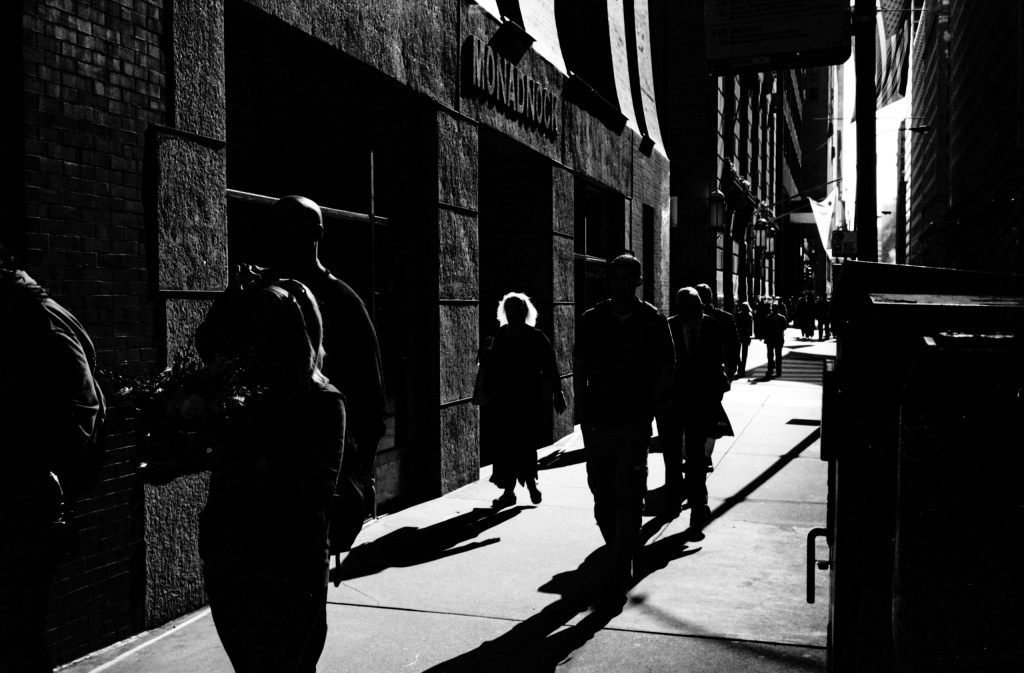 Thank you, Steven, for allowing us to share these photos! Check out more of his work on Instagram at @sam.lozano.

pic of the week featured
Previous 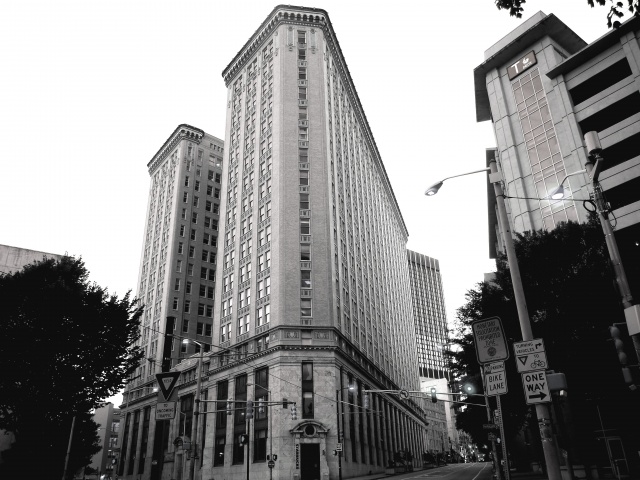