Among the men and women who fight for our freedom each day, there are those who join them to shed light on the daily conflicts endured. While navigating dangerous conditions themselves, war correspondents help show us the reality of war and relay stories from the front line through the photographs they capture. Below are 5 photojournalists who are known for the war stories they’ve told through their photography.

Chapelle was an American photojournalist and the first American female war photographer to be killed in action. She took her camera on the front-lines of WWII, the Korean War, and the Vietnam War. During her WWII tour she photographed the battles of Iwo Jima and Okinawa. Being a female photographer at the time had its own struggles - sexism, abuse, and assault - but she overcame them all while using her camera to document both sides of war. Through her photographs, she was able to share the broken world we live in while also doing her part to make change. It is documented that she wanted her work to show "the wreckage resulting from man's inhumanity to man." Dickey used her access to these conditions to aid in relief work. Joe Rosenthal applied to join the United States Army as a military photographer at the start of WWII, but was rejected due to his poor eyesight. He would go on to photograph the war in the Pacific for the Associated Press. During his time there, he shot the now iconic Raising the Flag on Iwo Jima for which he was awarded the Pulitzer Prize. Addario is an American photojournalist focused on war, conflict and women in traditional societies. Her work has been displayed in major magazines such as the New York Times, TIME, and National Geographic. Her work has won numerous awards including a Pulitzer Prize. She has been kidnapped twice and, similar to Dickey Chapelle, endured the scrutiny many female photojournalists are subject to while in a warzone. At times being paralyzed by her own fear, she continued to cover conflicts in Afghanistan, Iraq, Syria, and other regions. Addario feels it is her responsibility to “change the way we see the world’s conflicts”. Tim Hetherington was a British photojournalist known for his journalism, photography, and film work in multiple publications. Much of Tim's work never showed the brutality of war, but his photos played on the emotions of his surroundings and suggested the violent conditions he was in. Hetherington was respected among his peers for his bravery in harsh conditions. Known for being "attracted to conflict", this allowed Tim to have a unique appreciation for life. Chris Hondros was an American photojournalist known for covering some of the world’s worst conflicts. He was also the recipient of many awards for his groundbreaking photographs. His childhood friend, Greg Campbell, often recounts Chris’ love for the people he photographed and bringing the humanity out of each situation he encountered. Campbell captured footage of Hondros at work in war zones and documented it in a film called Hondros. On Memorial Day, we honor the men & women who died while serving our country and extend a sincere thank you to photographers who risked their lives to document conflict abroad. 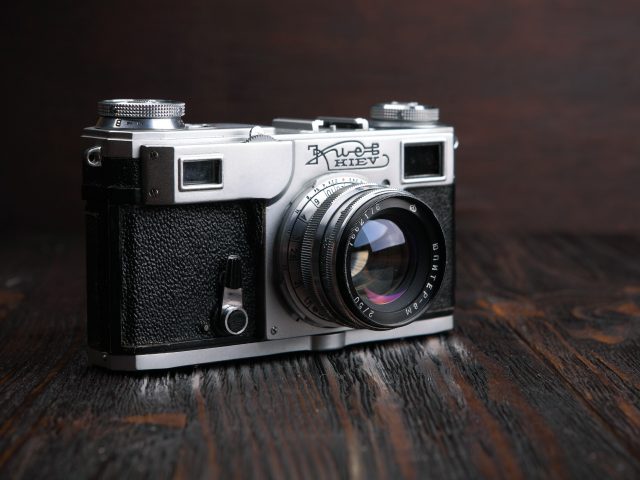 A Look At The Inspiration Behind Our New Logo: Camera Engravings And Machine Lettering