Confession time— before the Fujifilm Instax SQ10, I'd never shot with an instant camera before.

Ok, that's not entirely true. I did take maybe 5 photos on the (incredibly fun) Fujifilm Instax LiPlay on a recent trip to Plano, Texas. Any other instant camera experience came from my camera inspection training here at KEH but I wouldn't say I've spent any real significant time with one.

That being said—I'm not entirely sure that the SQ10 counts, either. This camera is sort of a digital/instant hybrid. It could be better described as a digital body with the ability to make prints on-the-fly, or perhaps an analog camera with features previously only seen in social media apps. 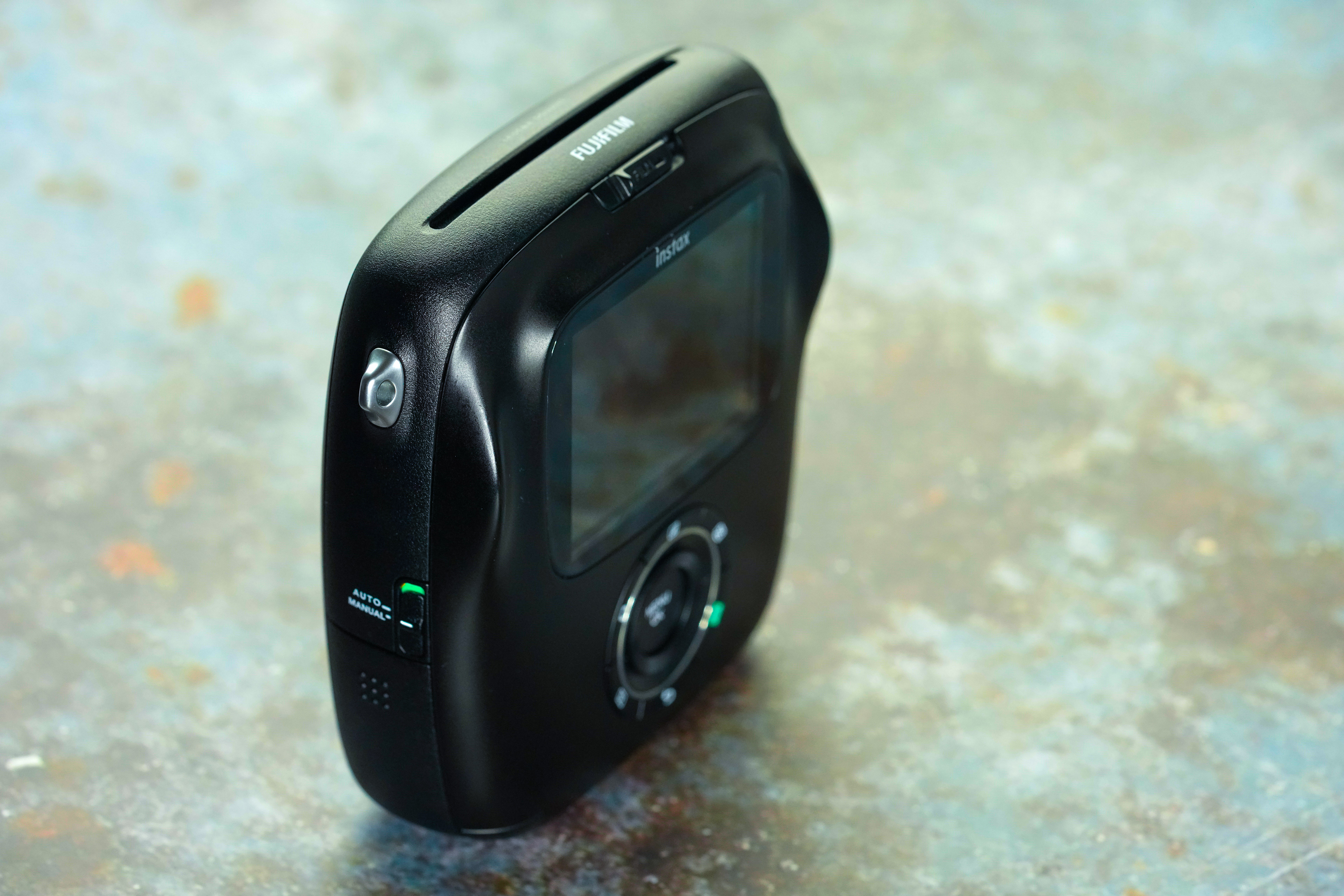 The SQ in SQ10 clearly means square. It produces square prints on Fujifilm Instax Square film. Even the camera itself is pretty square, looking a bit like a smartphone 'camera app' icon with strap lugs from the front.

It's absolutely more comfortable to hold than it looks like it would be. With a circular rubber indentation on the front to clutch with the fingers and a raised rear thumb grip on both sides, this camera is also uniquely designed to be used easily by left- or right-handed shooters. Dual shutter release buttons on either side of the camera also feel more intuitive and natural than they appear—I promise.

Those dual shutter release buttons can actually be customized in the menu settings to remain as two shutter release options or have one change the camera's shooting mode between Standard, Bulb, or Double Exposure. As you can already tell, there's more to this hardy plastic shell than meets the eye.

The camera comes equipped with a wide standard lens at a 28mm equivalent. It even lets in a fair amount of light at an f/2.4, but you likely won't sit up and take notice of the lens capabilities. I wouldn't say it gave me a particularly shallow depth of field in any of my shots due to the teeny 1/4" sensor size. Also worth mentioning is the auto-flash that I ended up turning off since it fired every time I was anywhere dimmer than outside. 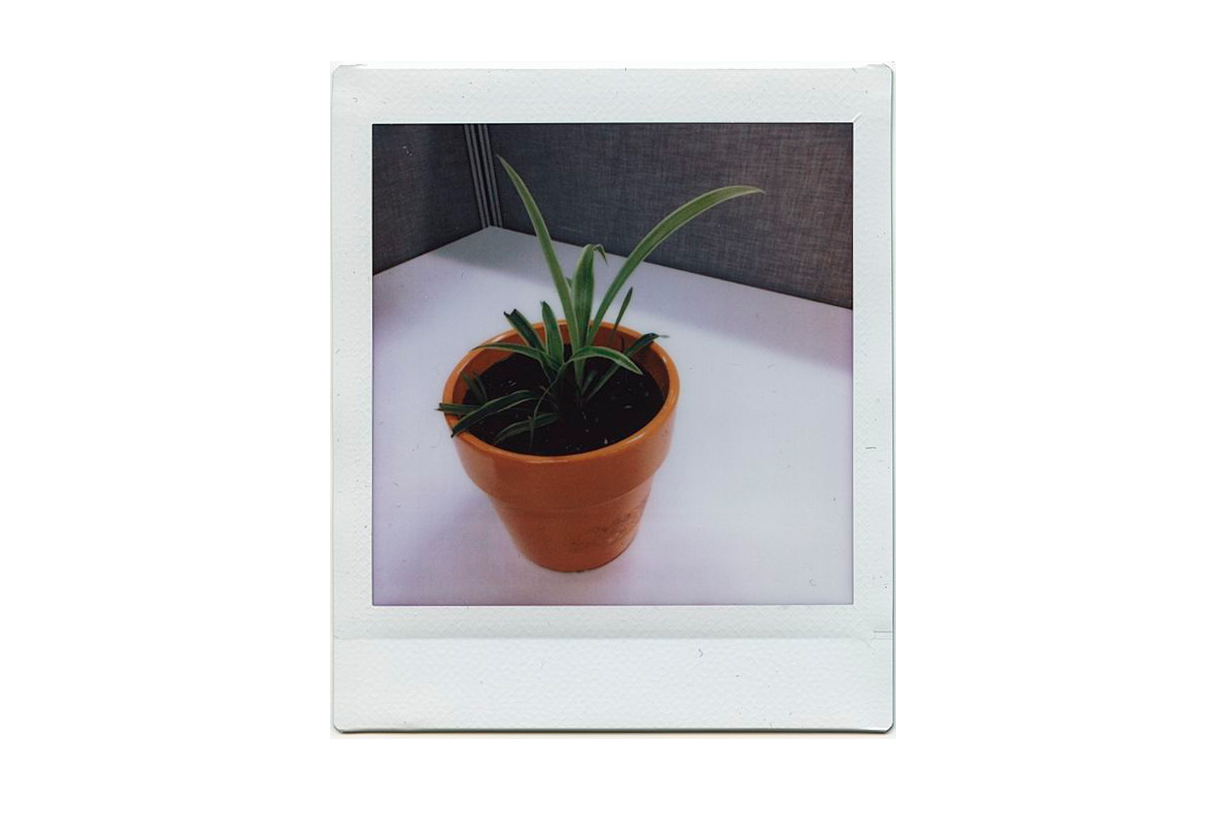 The easiest and most traditional way to use this camera is in AUTO mode. On the left side of the body, there is a switch with AUTO and MANUAL settings. Using the camera in AUTO allows it to function much like any other instant camera. Frame your subject, fire the shutter and *fzzzzt* out of the top rolls a blank white sheet that slowly morphs into a photo over the course of a couple minutes. Feel free to shake it like a salt shaker or hold it under your arm as it develops—whatever your preferred instant photo routine.

The MANUAL mode allows you to store your photos on a microSD card or the camera's rather spacious internal memory, giving you the option to print later if you wish. You can review your photos, add effects or ultimately decide you'd like to reshoot the moment again before printing.

Herein lies the dilemma with the SQ10. The most difficult aspect of the whole thing is trying to classify it. After all, the idea of an instant camera contains an aspect of spontaneity. You typically have one chance to take your shot and then the moment is done—no chimping and no reshoots allowed. Here, you've got the option to shoot again if your subject blinked, or add any number of postproduction effects before deciding if it's worth the dollar-per-exposure cost of printing your photo. 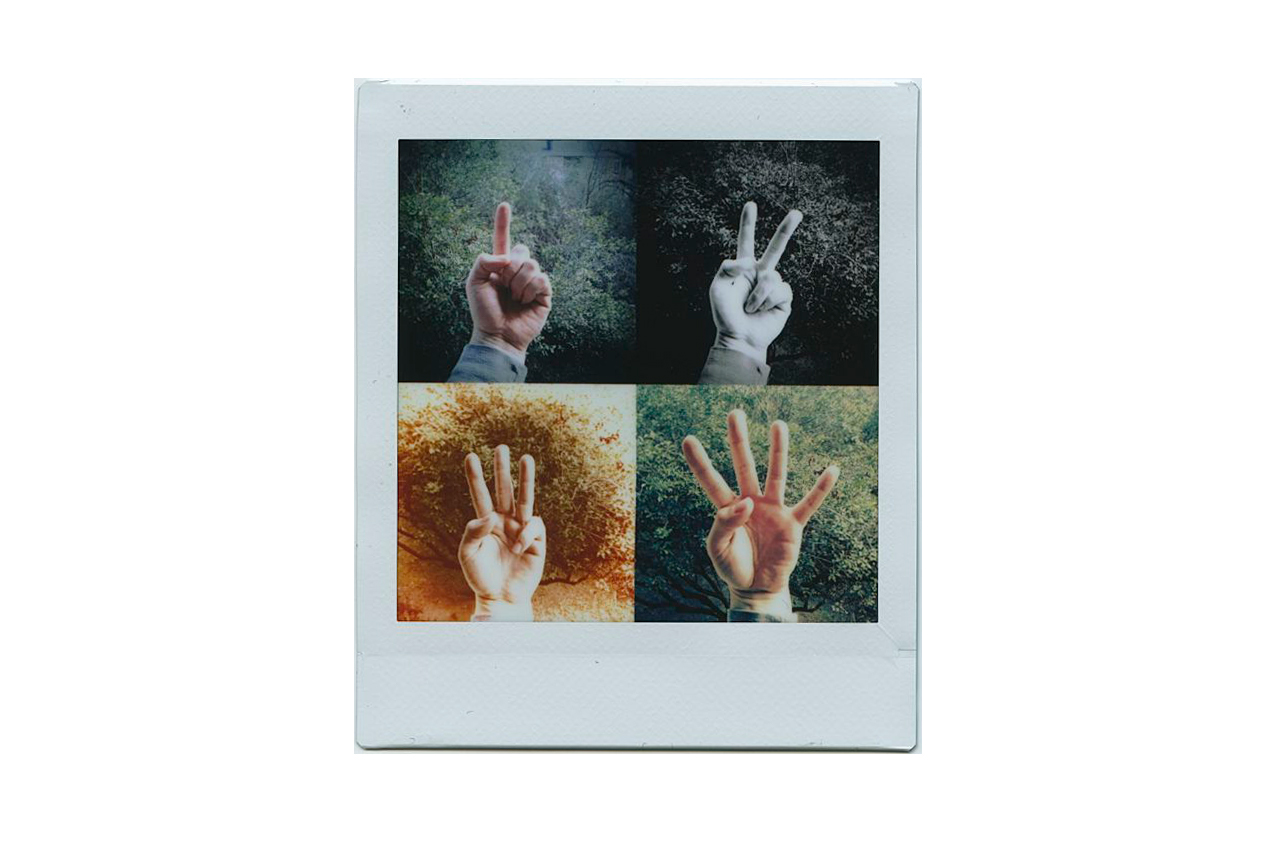 The Capabilities Of Digital

As previously mentioned, the SQ10 comes with some options to touch up your photo so that it's perfect when you're ready to print. With the choice of shooting a single standard auto-exposure, a Bulb mode and a built-in Double Exposure mode, it's easy to see the benefits of being able to try out new techniques on an 'instant' print.

You get 6 full stops of exposure compensation to darken or lighten your photo, broken into Third-stop intervals. This camera gives the option to digitally 'zoom in' on an area of the photo before printing. You may also 'zoom out' of the full photo frame to print a 2x2 (or even 3x3) grid of exposures.

Fujifilm has also packed in some color adjustments here. You may add a natural-looking positive or negative vignette around your images for a vintage look. There are several artistic color filters as well, to approximate cross-processed looks, vintage looks, monochrome or selective color. 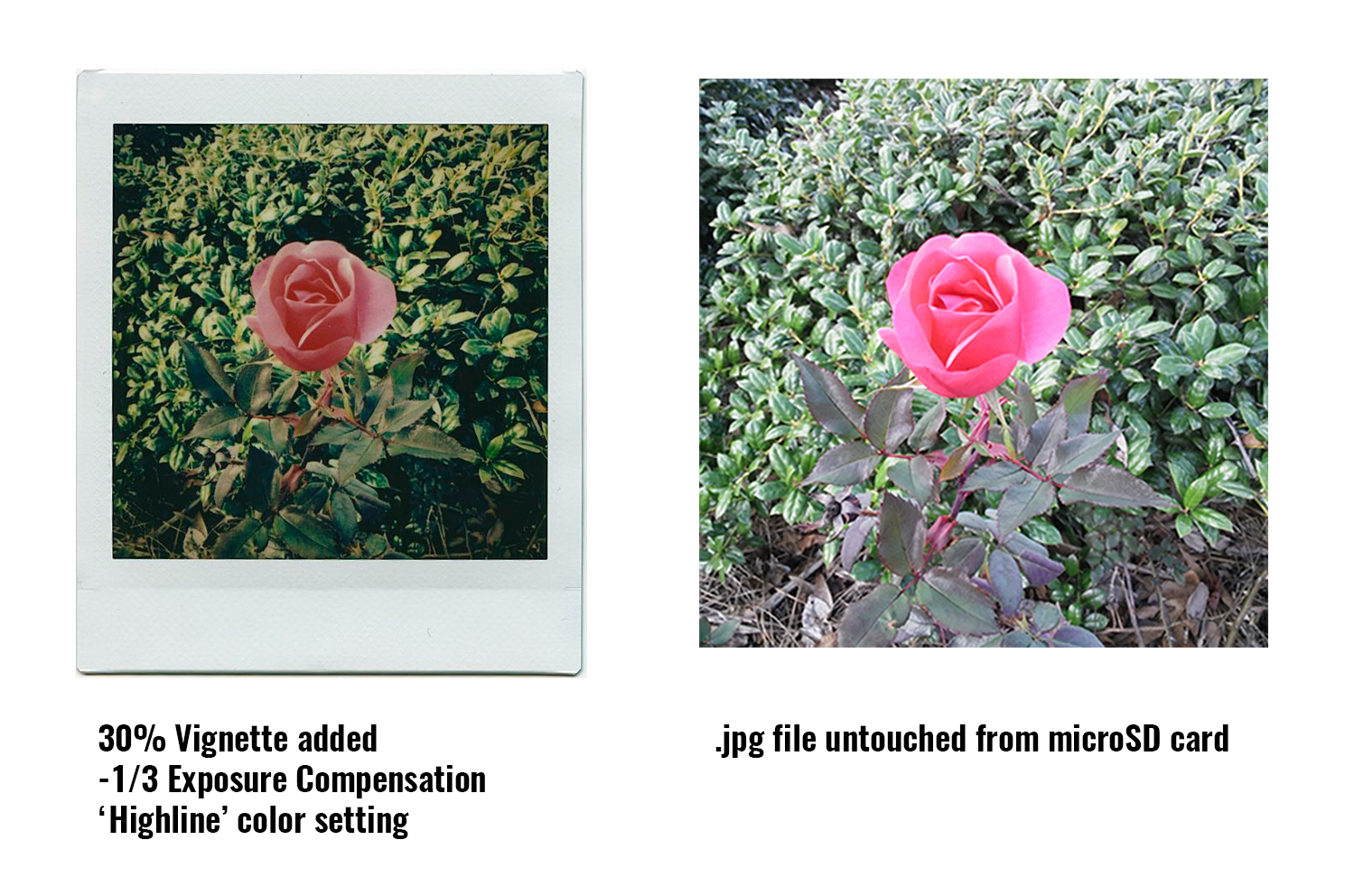 The Files And Prints

To my knowledge, most people who shoot instant film tend to not be pixel-peepers. The 3.6-megapixel photos that the SQ10 captures probably won't turn any heads when blown up to poster size. Brightly-lit shots will look acceptably clear on a social media feed, but low-light photos will definitely turn out a bit blurry and pixelated.

However, that's not what these cameras are for, is it? Instant cameras are engineered to be fun and easy to use, not technically stunning powerhouses of resolution. Here, the smaller files do exactly what they need to. Even without a microSD card installed, the internal memory of the camera will keep approximately 50 of your photos before running out of space.

You can transfer those files for sharing digitally, but I think the best viewing of them comes when you're holding the tactile piece of photo paper in your hand. This camera prints on the midrange Instax Square film which sits right between their Mini and Wide instant films. The square frame holds a print that's just under 2.5 inches—62mm squared to be exact. Yes, that's smaller than the Polaroid prints at 3.1 inches, but the Fuji films are significantly more affordable as well.

The images print out somewhat heavier on the contrast than the digital files might lead you to believe. They also have a tendency to be less than optimal when it comes to sharpness and clarity, but you know what? That's okay. 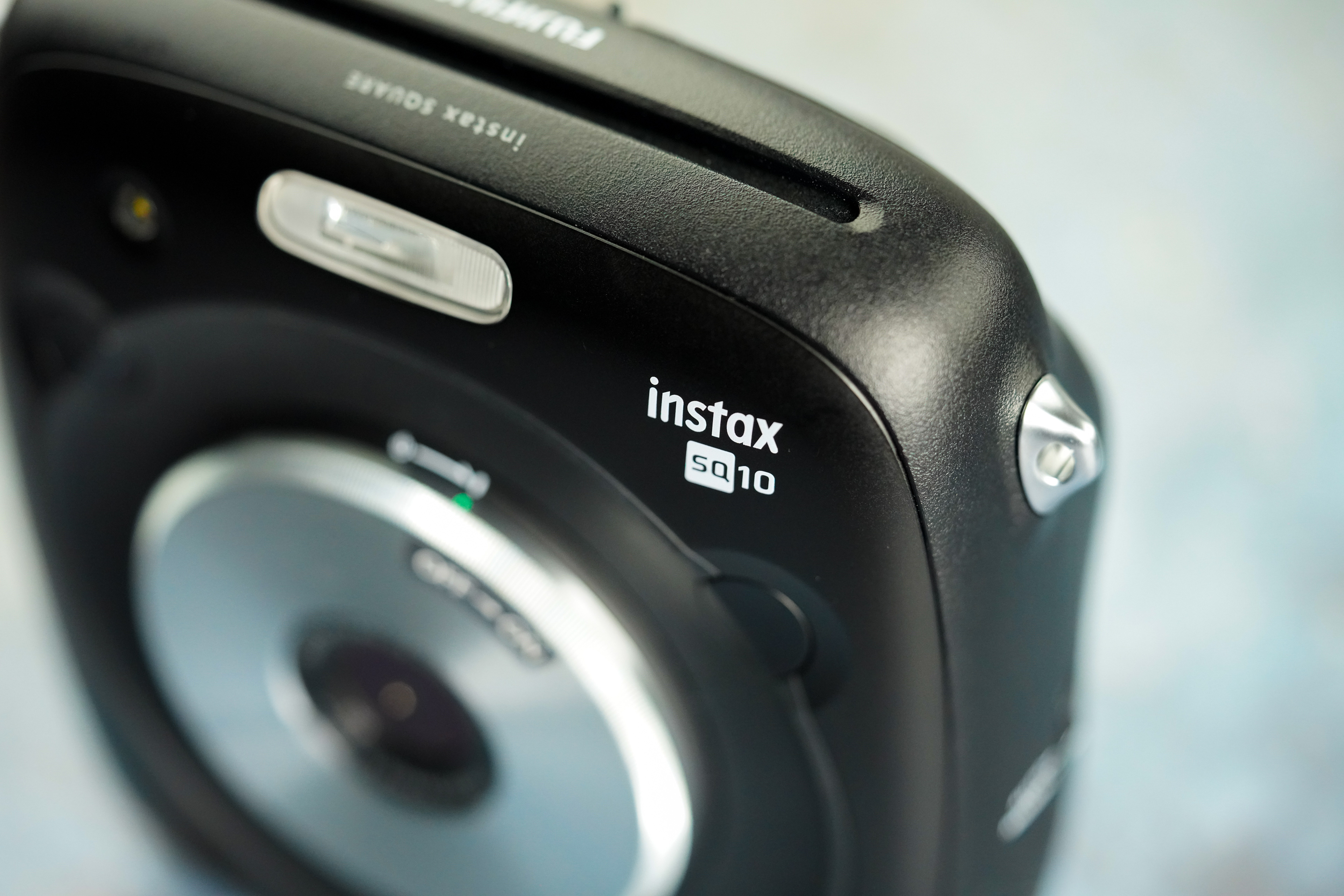 This camera isn't going to give you top-of-the-line image quality. There isn't any wireless connectivity to send the photos straight to your phone. It's made of mostly plastic, looks a bit awkward and while comfortable to hold, the grip is best described as nontraditional.

But man, it sure is fun to use. The experience of shooting a photo and pretending like the event had passed was liberating. When you're on vacation or hanging out with friends, there's very little that can kill the fun and carefree vibe faster than snapping a photo, stopping everything to review it, and then attempting to stage a sudden impromptu moment again.

Granted, that can happen with this camera. Considering that the SQ10 gives you the option of printing or not, it has the potential to take away some of the kinetic, spontaneous energy that can come with a true instant camera. That being said, there are very few instant camera models being produced these days, and even fewer that give you the option to add artistic color filters to your prints.

With this system, you can snap a photo of a performer at a street fair, print two copies, hand one to your new friend and keep one for yourself. You can go to an old west theme park and take instant sepia-toned snapshots to keep in an old-timey physical photo album. While the Instax SQ10 might not impress any hardcore image quality hecklers, it will most assuredly be able to give a photographer something different than what they're typically used to in an instant camera— 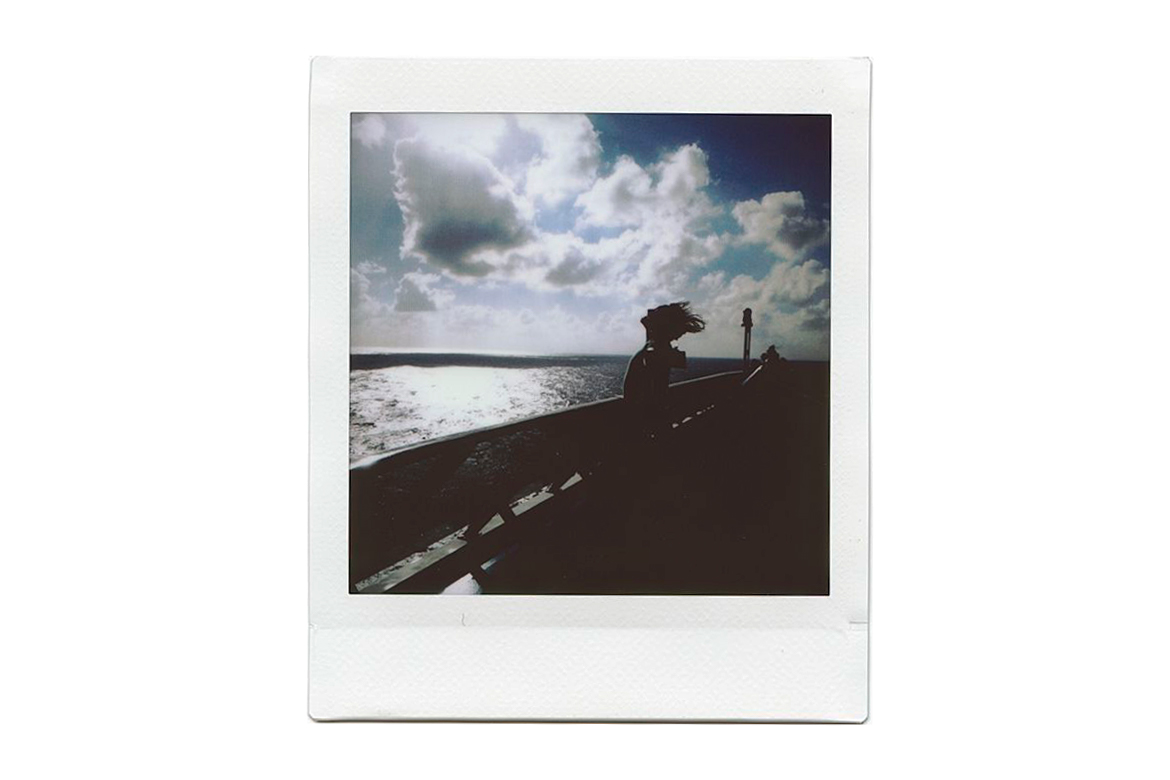 See if we've got a Fujifilm Instax SQ10 in stock

Leave your comments and questions below 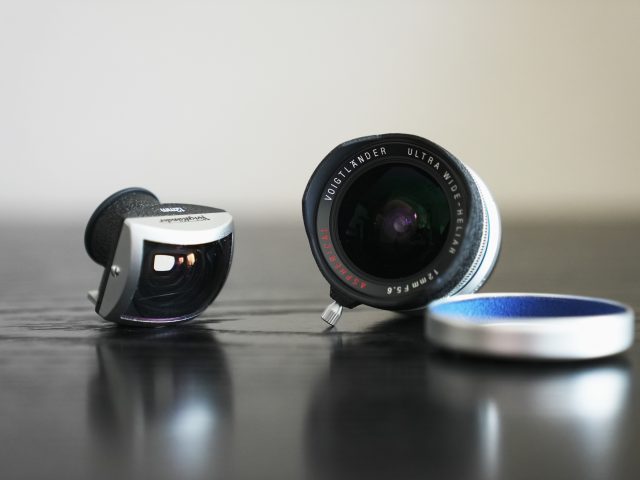