A couple weeks ago, I had the pleasure to fly up to Washington, D.C. to attend The Film Theory Workshop—a wedding photography workshop with a focus on film cameras. Naturally, since KEH has the largest collection of film equipment in the world, we provided gear for the day, which included several medium format cameras and some 35mm kits.

It may be surprising that there's any interest in wedding film photography in 2019, but it's indeed a service that numerous photographers offer and they seem to be thriving. The vintage film look is highly desirable to discerning couples—and even ones that don't know the difference seem to love the results. You can fake the film look with digital presets, but there's really no better way to achieve the aesthetic than to shoot the real thing.

And while some photographers use film in addition to their digital setup, some brave souls out there shoot the big day solely on film. I know, it seems crazy—even reckless—in 2019. But it shouldn't be shocking. After all, people shot weddings on film for over a century and a half before digital came along, and they managed just fine.

However, it is understandable how it may be a scary premise for the uninitiated or those coming from a digital background. After all, wedding photographers are under tremendous pressure to get everything just right, and shooting film introduces a lot of unknowns into the process and there's no redundancy built into the workflow.

But to those that do it, there's no substitute. And that's why The Film Theory Workshop was full of brave participants willing to live on the edge and test their mettle. And by the end of the long shooting day, there wasn't a single photographer who didn't want to give it a shot at their next booking.

If you want to join these adventurous types into incorporating film in your wedding photography workflow, or just want to shoot some film in general, here's a few tips we picked up at the workshop to get you started. 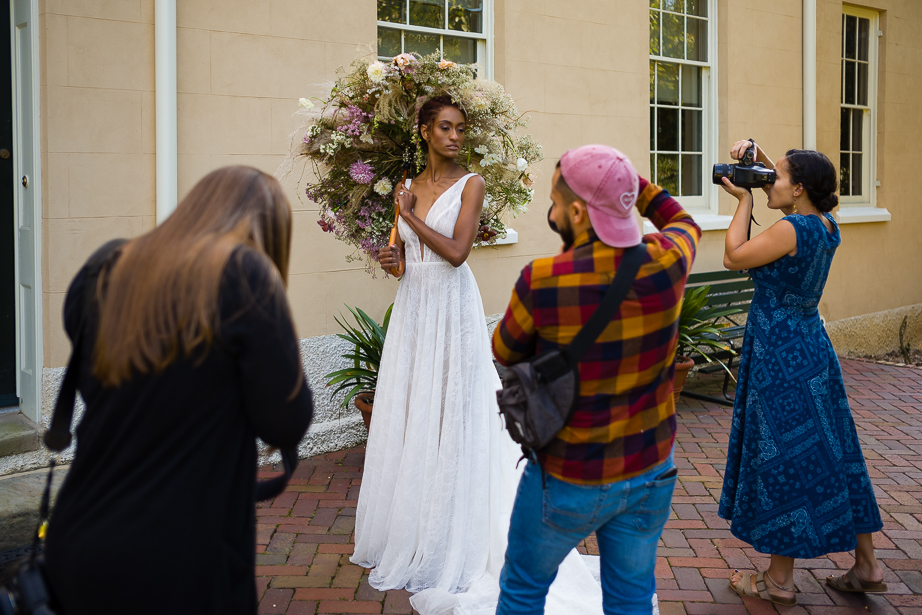 Before the big day, you'll want to narrow down your choices of equipment. This means picking bodies, lenses, film and accessories.

Most pro wedding film photographers prefer to shoot medium format bodies and lenses because they offer the benefits of better resolution and tonality, less apparent film grain and more creative potential due to the narrower depth of field.

Medium format cameras do tend to be a bit slow to operate, however, so they're not for photogs who spray-and-pray—but then again, film photography in general should probably be approached with a more measured approach.

Those who are drawn to the 35mm film format usually do so because of size, speed and ease of use. With a 35mm camera, you get more shots per roll, less bulk and weight, and usually, a performance upgrade over medium format, i.e., more shots per second.

Of course, you lose some resolution on your negative, as 35mm film is about a quarter the size of medium format, but in the digital age where everything is compressed and people tend to only look at photos on tiny phone screens, that might not matter as much. 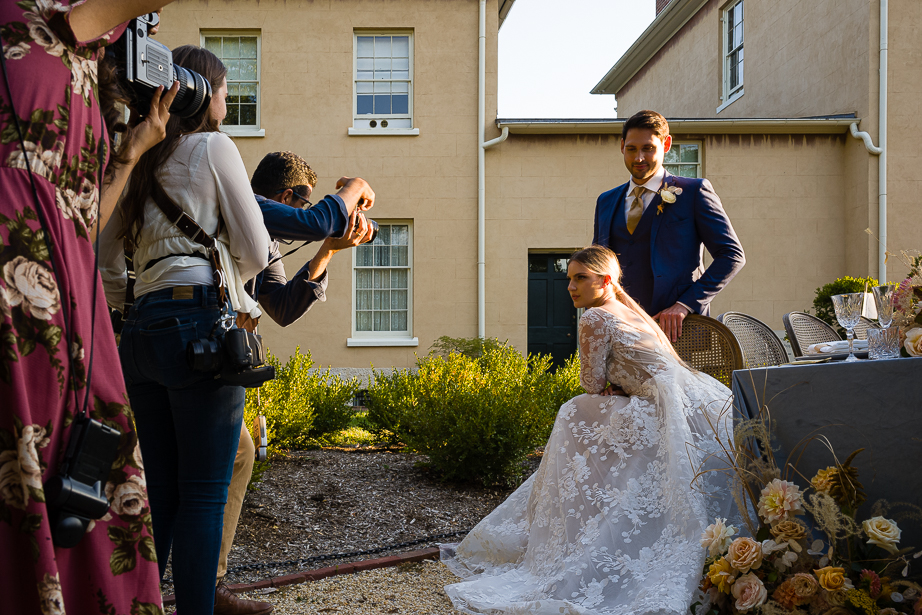 The choice of film stock is also an important one. For color negative film, Kodak Portra or Fujifilm Pro 400H are timeless choices that hold up in any decade. Same goes for black and white films like Kodak Tri-X and Ilford HP5. For receptions and ceremonies in dimly-lit locations, a light-sensitive film like Ilford Delta 3200 is a must have. As far as slide film (or color positive), you can't go wrong with a vivid film like Fujifilm Velvia to capture lively and colorful scenes.

Once you determine what you want to shoot, figuring out how much film to bring for a shoot might take some trial and error and largely depends on your shooting style. At first, err on the side of bringing too much—you can always use the extra rolls on your next job. Just keep in mind that film does expire, so don't let it sit for too long and make sure to store it properly.

Another factor to consider, especially if it's a destination wedding, is how you're going to transport your film. If you're flying, beware—it's been reported that the latest 3D TSA scanners can wipe unprocessed film, so you may want to ask for your bag to be inspected by hand instead of sending through the conveyer. You wouldn't want to lose a whole wedding's worth of photos in one shot.

If you need to know what to do with your film after you've shot it, here's our helpful guide to where to get your film developed. 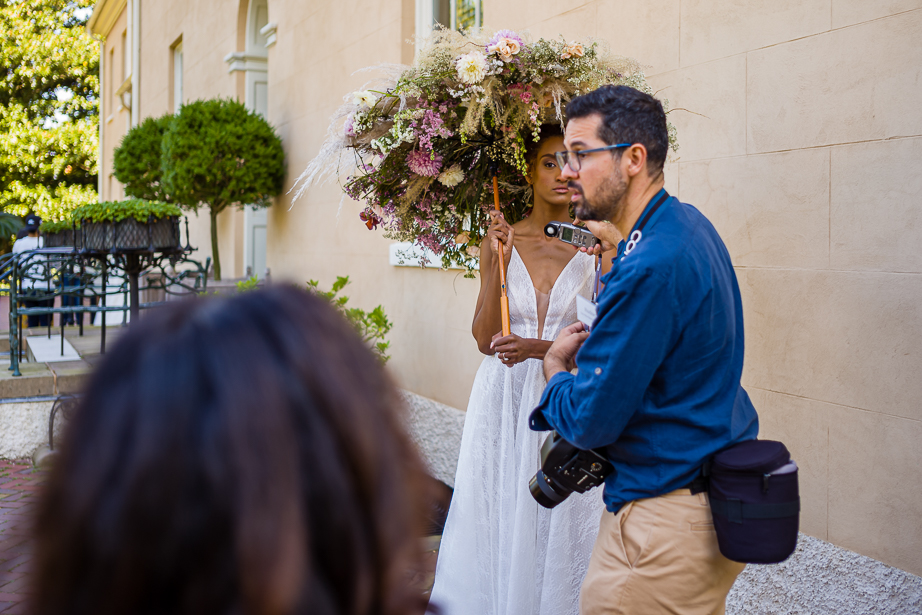 Another must-have when shooting film is a trusty light meter. Why bother with an external meter when most cameras have a built-in meter, you ask? Well, if you want to be really accurate, you'll want to employ a serious light meter that can allow for more than one reading and average out the values, so you can dial in the exact exposure you're going for—like, say, for the midtones.

Each scene will require a different reading and light might change moment to moment, which is a bit of a pain. Also, light meters are not cheap, but they're durable and they'll pay for themselves many times over by how many blown exposures you'll avoid.

Remember, you only have one chance to expose correctly—there's no pulling details out of the shadows after the fact like in digital photography—you have to get it right in camera. Having said that, negative film is pretty forgiving in the highlights, which brings us to the next tip.

Go Ahead, Overexpose A Bit 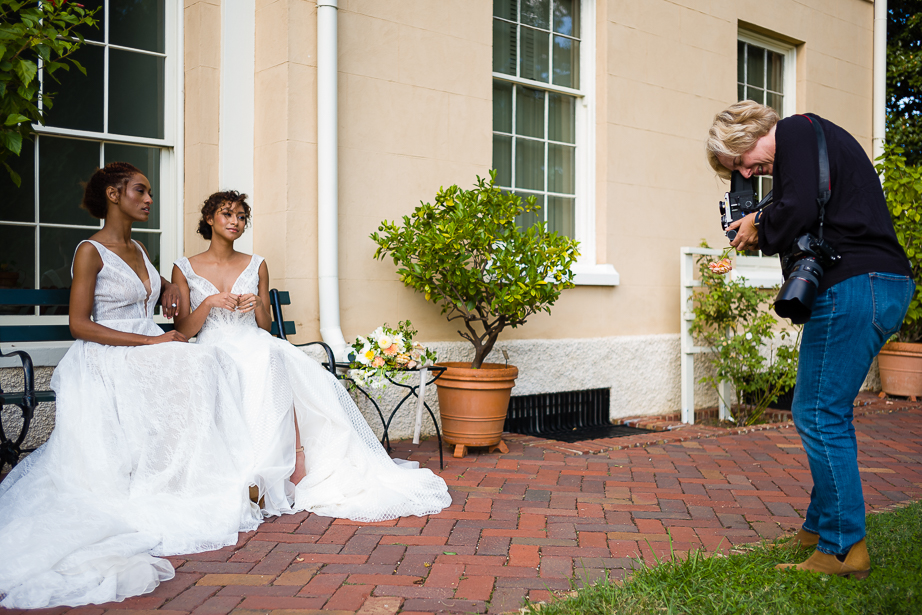 A handy tip we heard a lot at the workshop was to overexpose your film. For example, if you load 400-speed film, set your camera's ISO/ASA to 200—that will overexpose it by one stop. If you're relying solely on an external meter, set your meter's ISO/ASA setting to a stop or two below your film's box speed. Not only will this give you a little insurance that you don't underexpose your shadows, it also gives your photos a bit more glow.

Positive, or slide film is another beast, however, and it's a lot less forgiving when it comes to overexposure, so beware when shooting Velvia or Ektachrome at anything but box speed. 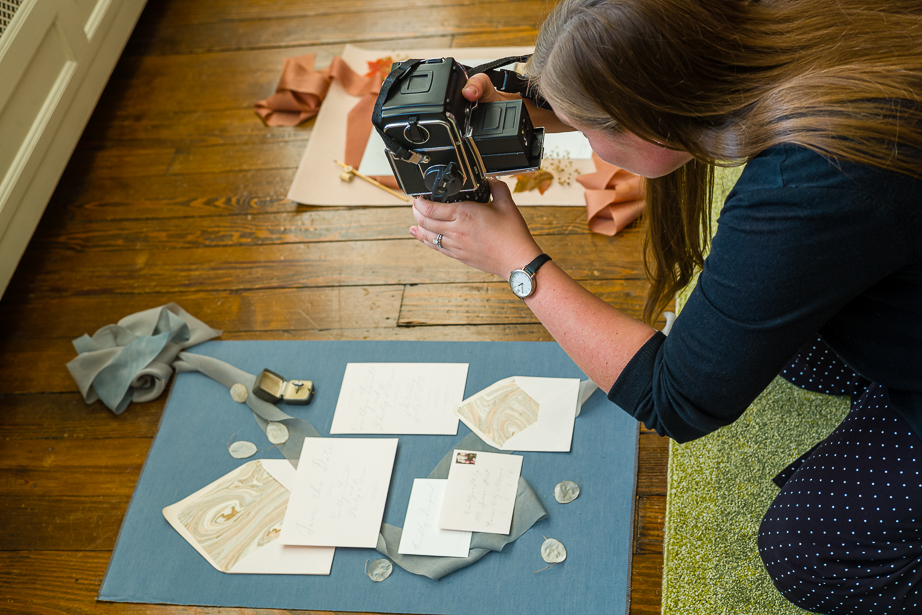 When capturing details like the rings, stationary, name tags and flower arrangements, it's important to consider that a lot of vintage lenses don't focus quite as close as their modern counterparts. So, when considering lens selection, try to include a macro lens in your kit, as you'll want to get close to the action to capture minute, but important details.

Another thing to strongly consider is using a tripod—it comes in handy when your subjects are mostly still, like a portrait session, or especially when they're completely static, like a flatlay. A tripod will allow you to shoot at slower shutter speeds and help you make the most out of available light. Using a remote or cable release will eliminate even more camera shake and you'll get sharper photos. 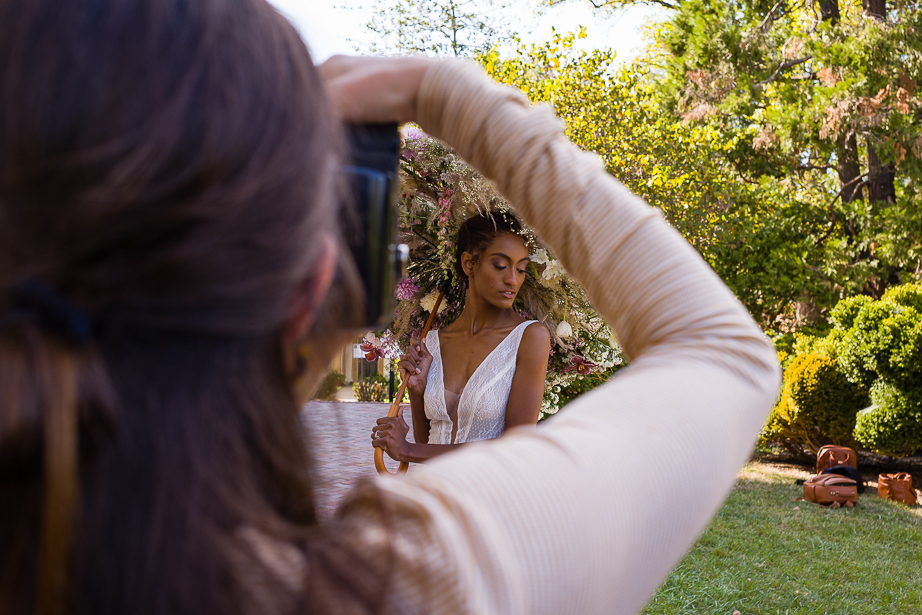 An important part of working efficiently on the wedding day is to not let the equipment get in the way of capturing decisive moments. This means familiarizing yourself with your equipment ahead of time, so you don't get tripped up when it matters.

Before the big day comes around, take your equipment out and practice. This could mean doing a little street photography to test your reaction time, or a bit of landscape photography to experiment with bracketing or pushing a specific film stock. Practice helps make you one with your equipment and it will pay off.

After a few rolls, you'll start feeling confident that you can achieve anything on film that you can achieve on digital. Plus, you'll be able to offer clients something special that most other competitors just can't do, which is going to go a long way into making you more marketable and, ultimately, more successful. 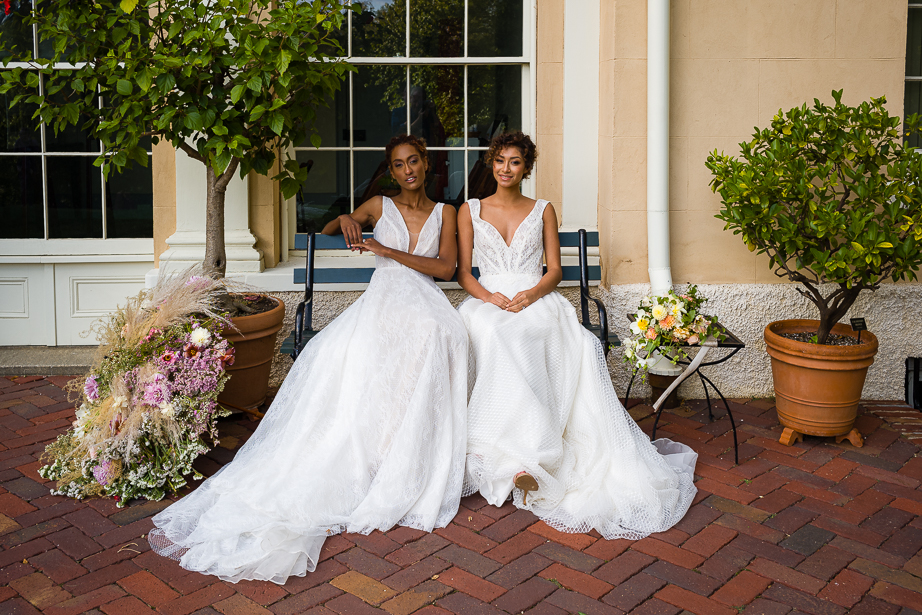 Thanks again to Natalie Jayne and Rudney Novaes for hosting us at The Film Theory Workshop. We can't recommend it enough and look forward to helping out with providing gear in the future!

Want to start your journey into wedding film photography? We can help.