Lens filters are some of the least expensive ways to add additional capabilities to your camera kit. Some filters can protect your lenses from damage, and some can act like sunglasses for your camera by cutting down the light entering your lens. Today we are going to talk a bit about color filters.

Every brand has its own specific model name for each type of filter. This makes it particularly tricky to sum up every type of filter in a single blog article. Because of this, I'll be talking about some of these filters in pretty general terms, but the image results of each type should be approximately the same. 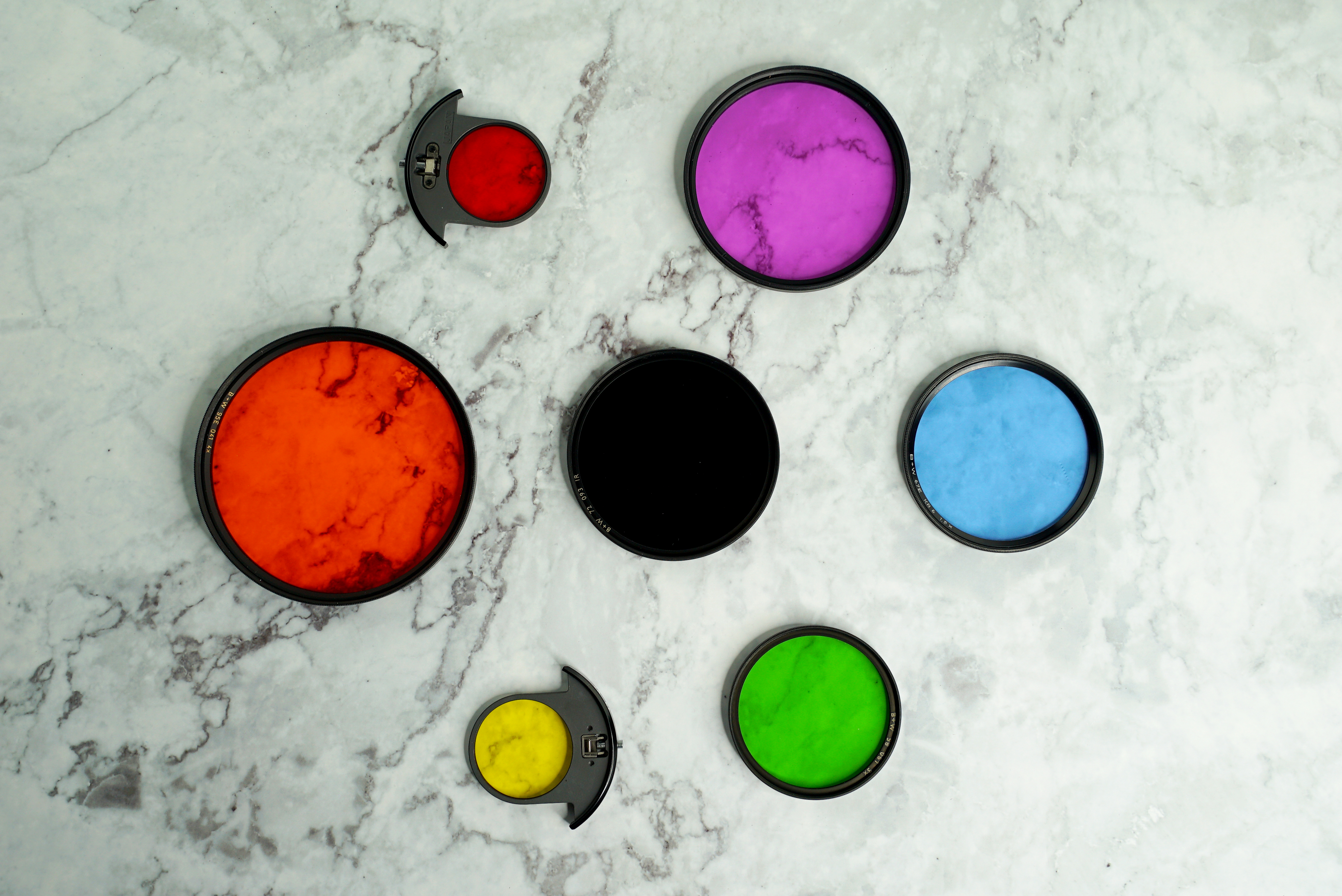 Do We Even Need Color Filters Any More?

The types of filters detailed here were much more commonplace before the days of digital. With film photography, we don't typically have the option of making complex edits after the shutter has already fired. While not exactly the same process, it's possible to make these types of post-production corrections to your digital photos without negatively affecting the image quality—especially if you're a photographer who shoots in RAW format. The white balance, color intensity and contrast of a scene can now all be adjusted after the shoot day is done.

Changing your images in this way is a different process with a very similar result. Using photo editing software, a photographer applies a color effect on top of the full spectrum of information contained in the photo. Using a lens filter applies the effect and cuts the light before the information even hits your sensor. Shooting with a filter allows you to see the effect in real-time and also cuts down the time you'll have to spend parked in front of a computer instead of out in the world shooting more photos. Isn't that what we all want? 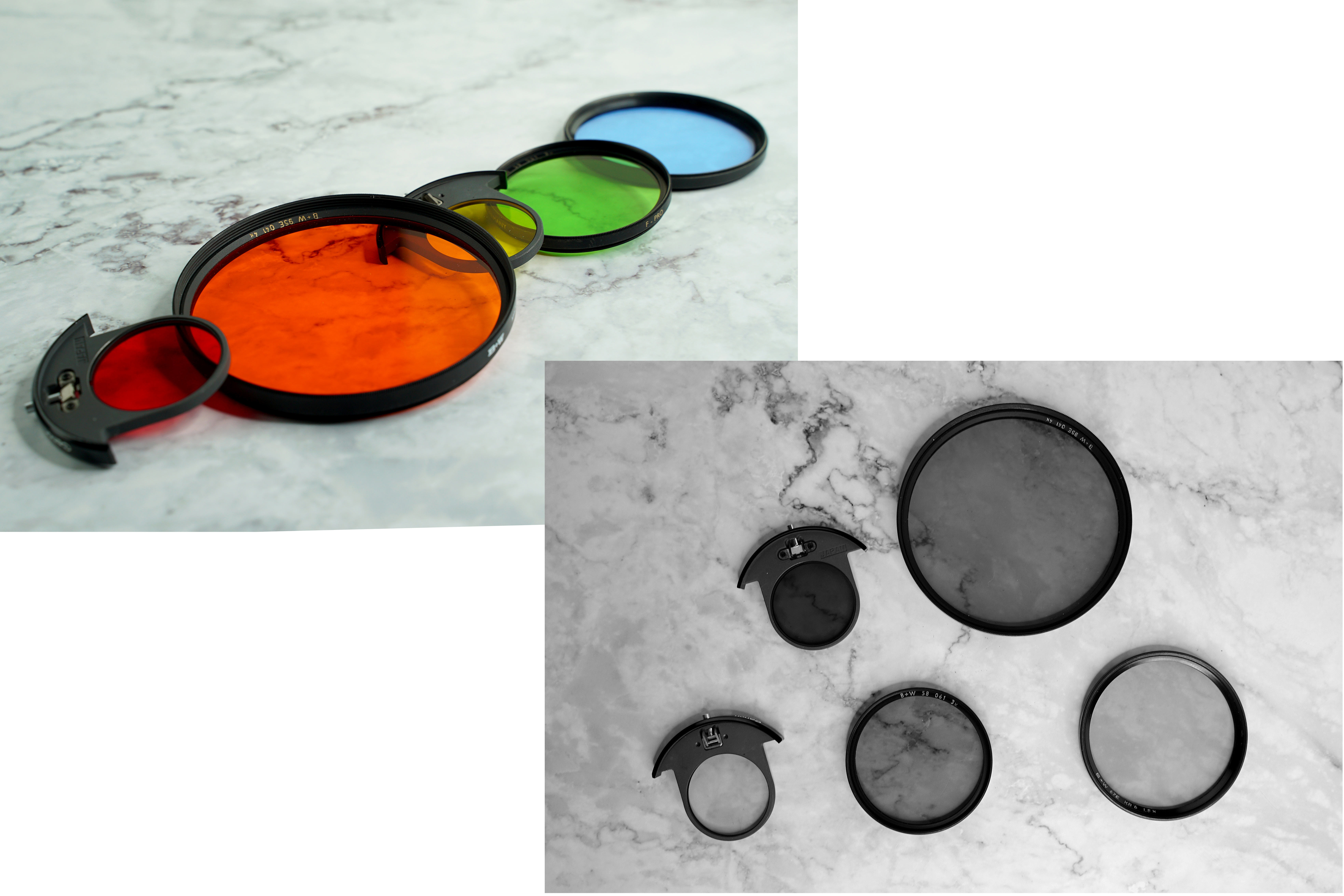 Believe it or not, these brightly-hued beauties are actually not meant for color photography at all. In order to achieve a more specific look with monochrome film, these contrast filters will do just the trick. Each color contrast filter works by darkening or absorbing its opposite or complementary color and allowing similar colors to the filter to pass through unaffected. You'll usually lose an f-stop or two of light when using them, so adjust your settings accordingly.

For example. a deep red filter will add a lot of contrast to your images by darkening blue skies, slightly darkening green foliage and allowing reds and oranges to come through. A red car could even show up as white in the right scenario with a red filter.

An orange filter is often considered a good general-purpose filter that a photographer could leave in at all times. It'll accent clouds in a blue sky, clearly define building materials in architecture shots or smooth out skin tones for portrait work. Yellow will give you a subtle effect that's similar to the orange filter but not quite as drastic.

Green contrast filters are much less common than the others I've already mentioned, but are very useful for brightening green foliage and nature shots. Blue filters can make haze or fog more apparent while darkening reds, oranges and yellows.

As I said earlier, using a contrast filter will reduce the light before it hits your lens. Most modern digital sensors have an array of red, blue and green sensors. By using a deep red filter on a digital sensor, you aren't really allowing that sensor to work to its full potential by removing the blue and green light. This is why I really only recommend color contrast filters for film cameras or if you want a quick fix for your JPEG-quality digital photos. If you're shooting RAW files, feel free to shoot contrast-filter-free and make adjustments in the editing process. 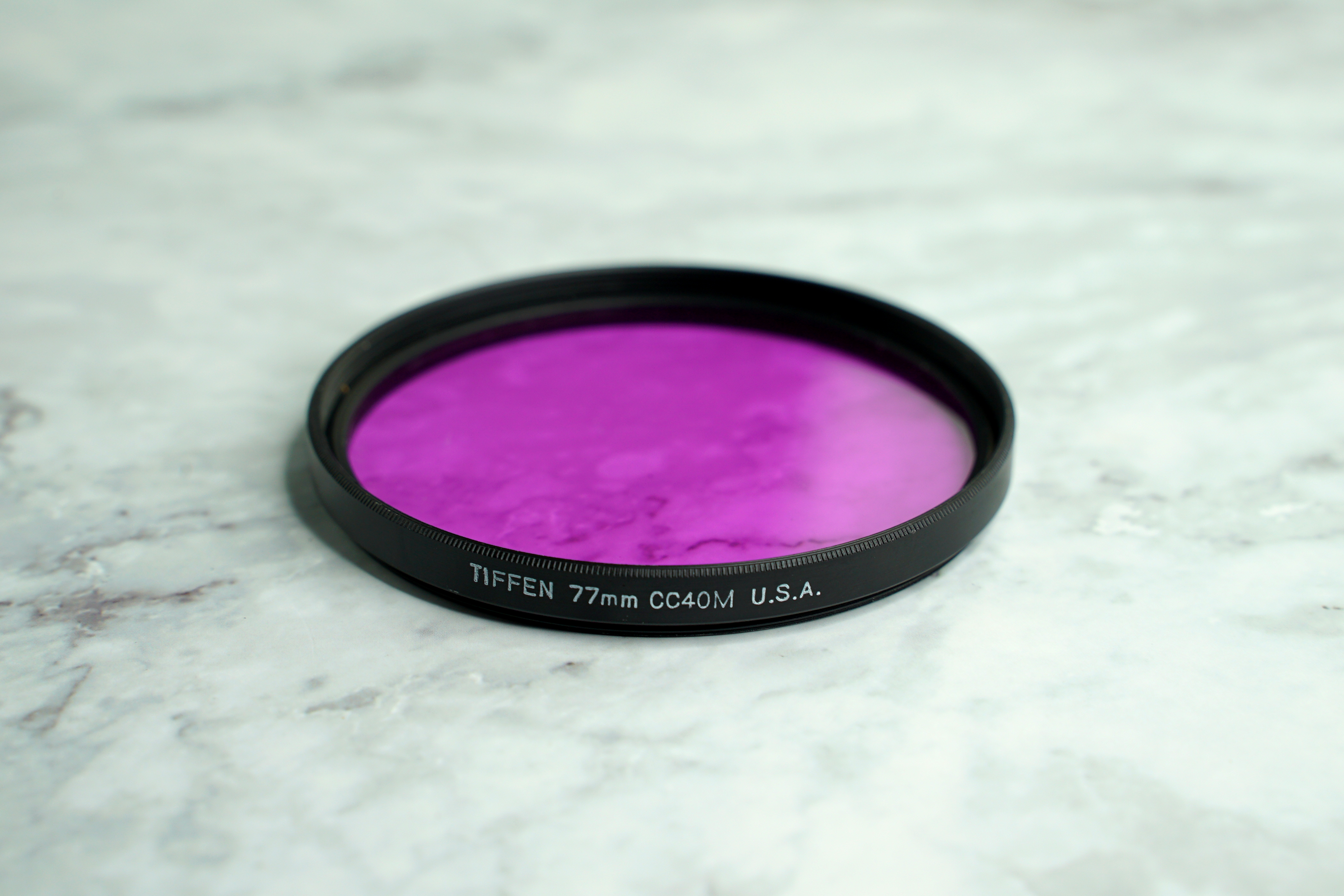 Let's talk about light and tint. If you've ever delved deeply into the settings of a digital camera, photo editing software or even a television screen, you've likely seen a 'tint' setting. Most of the time, images look pleasing to the eye on a scale between green and magenta.

Due to the way they function, older fluorescent lights or cheaper LED panels have a tendency to have a slight greenish tint to the light they cast. Unless a sterile, somewhat alien look is what you're going for, you're going to want to counteract this with a magenta or 'minus green' filter. Since magenta is a complementary color of green, the opposing tints will cancel each other out to an extent. The tricky part is choosing a color density strong enough to adjust the image, but thin enough that it doesn't look like you're shooting through a layer of lime jello or grape jelly. 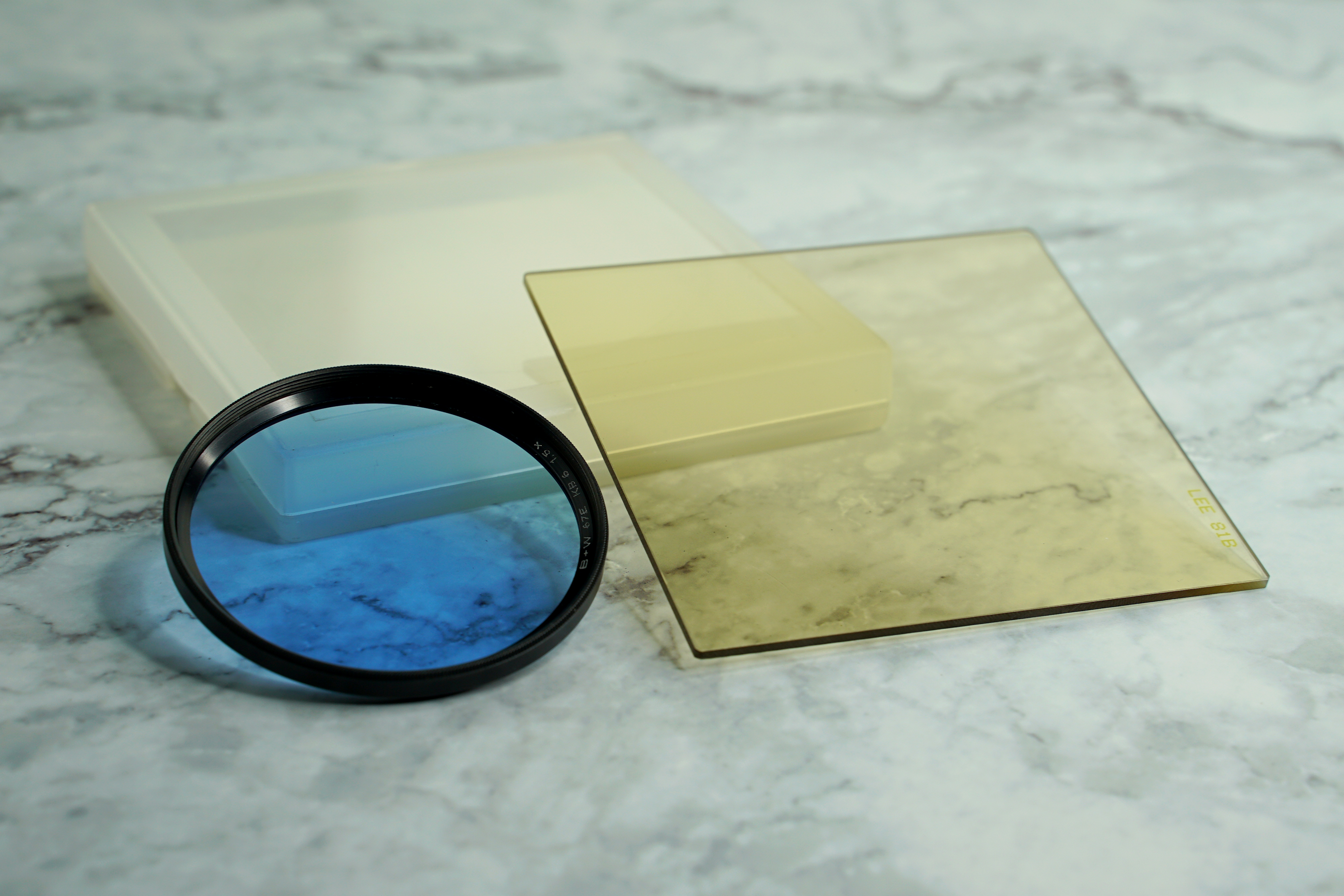 Back before you could adjust your white balance or color temperature in-camera, you had to commit to whatever color temperature your film was. Of course, this doesn't matter much for black & white film, but in general, most of your everyday color film was daylight-balanced. This means that shooting outside in daylight would make your whites white as snow and shooting inside under incandescent or tungsten lights would give your whites a warm, amber-yellow color. As stated earlier, most color films were daylight-balanced and if they were tungsten-balanced, they'd have a 'T' in the name. For example, motion picture film brand CineStill Film's 50D is a daylight-balanced 50-ISO sensitivity film and their 800T is tungsten-balanced at 800 ISO.

Thankfully, there are filters to counteract these warm and cool tones. Let's say you want to shoot tungsten-balanced film outside. An 85B filter on your lens would remove the cool blue color cast on your photos, whereas an 80A blue filter would allow you to shoot daylight-balanced film under incandescent lighting scenarios without the warm yellow fireside look. That's the sole purpose of these color conversion or color-correction filters. 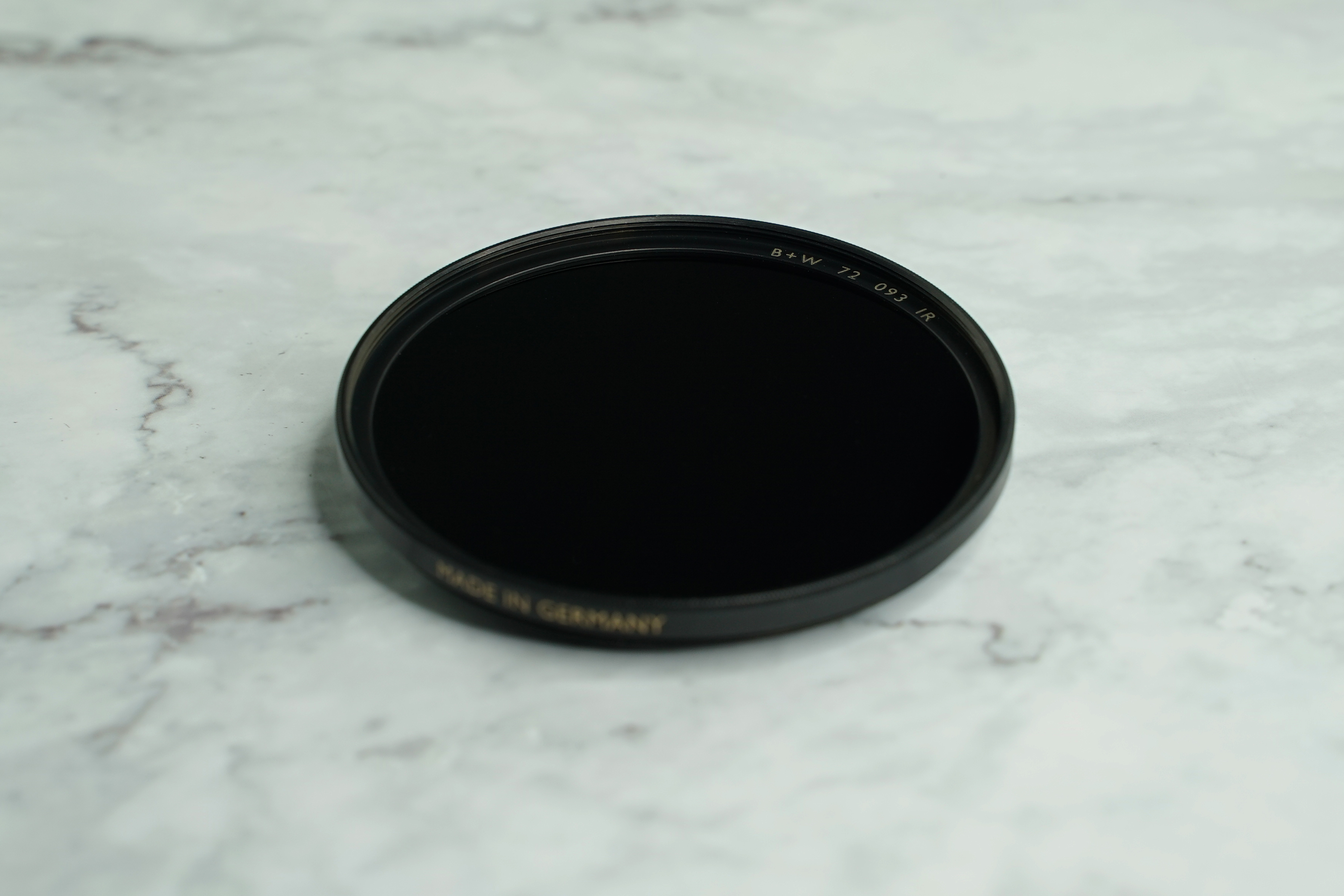 These are the wild-card entries in this post. Originally, I had planned to include these in with special effect filters, due to the extreme results that one can achieve. After all, nothing looks quite like an infrared photo with its otherworldly bright foliage, apocalyptically dim skies and odd treatment of skin tones. It's a special effect if I've ever seen one.

However the more I thought about it, the more I realized that IR filters essentially do the same thing as the other entries in this list by restricting certain frequencies or colors of light. These unique pieces of glass will typically appear black to the naked eye, but allow the often-hidden infrared light to pass while cutting all other visible spectrums.

Most modern digital cameras are equipped with infrared-blocking filters to prevent their photos from looking unnatural. However, some brave and resourceful photographers modify their cameras to remove this infrared-blocking filter and install one of these infrared-transmitting filters in order to consistently take these otherworldly images. These converted cameras can also reveal infrared lights on security cameras, television remotes and many other devices that use this near-hidden transmission tech. 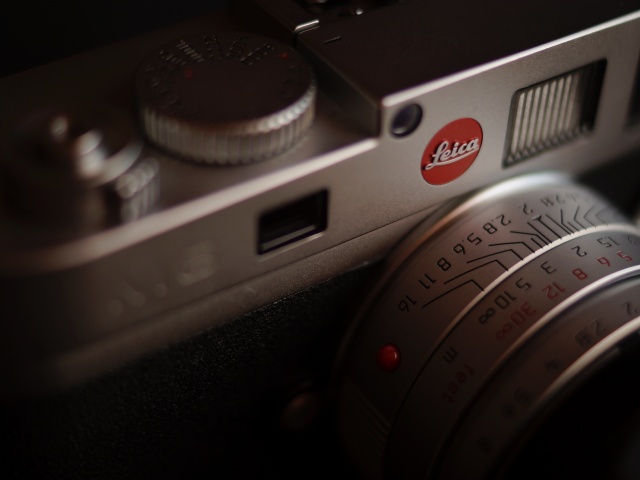 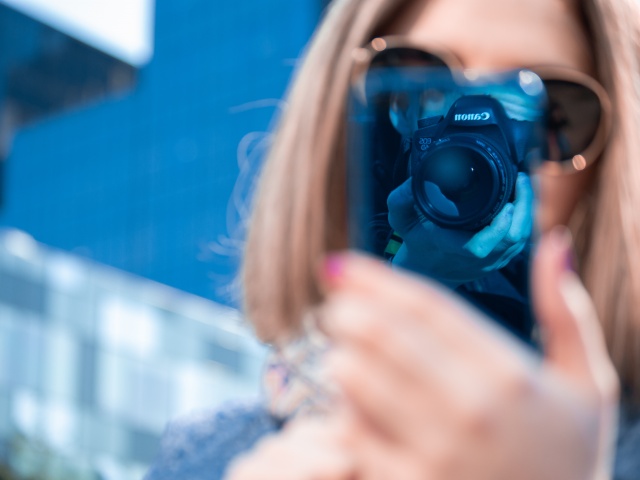