Congratulations to our Top Pic of the Week, Steven Wallace. Read to learn more about the production of his photos.

I develop my black and white film by hand at home and the color film at our local film lab Dunwoody Photo. I then scan the film using Dunwoody's Fuji Frontier scanner and do the final touches in Adobe Lightroom.

What is it about landscape photography that speaks to you?

I think what really speaks to me about landscape photography is really getting to explore and connect with the natural world. There's so much incredible beauty out there that we don't take the time to slow down and experience. For me, shooting landscapes gets me out of my own head and really allows me to be present in that place. I hope when someone looks at one of my photos it moves them to go experience it or any place in nature for themselves.

I've focused a lot in the last few years on the Canadian Rockies and Banff National Park. I was born in the foothills of those mountains in Calgary, Alberta and have always felt a deep sense of belonging and love for that whole part of the world. Getting to know the landscapes there has been a huge source of inspiration for me. 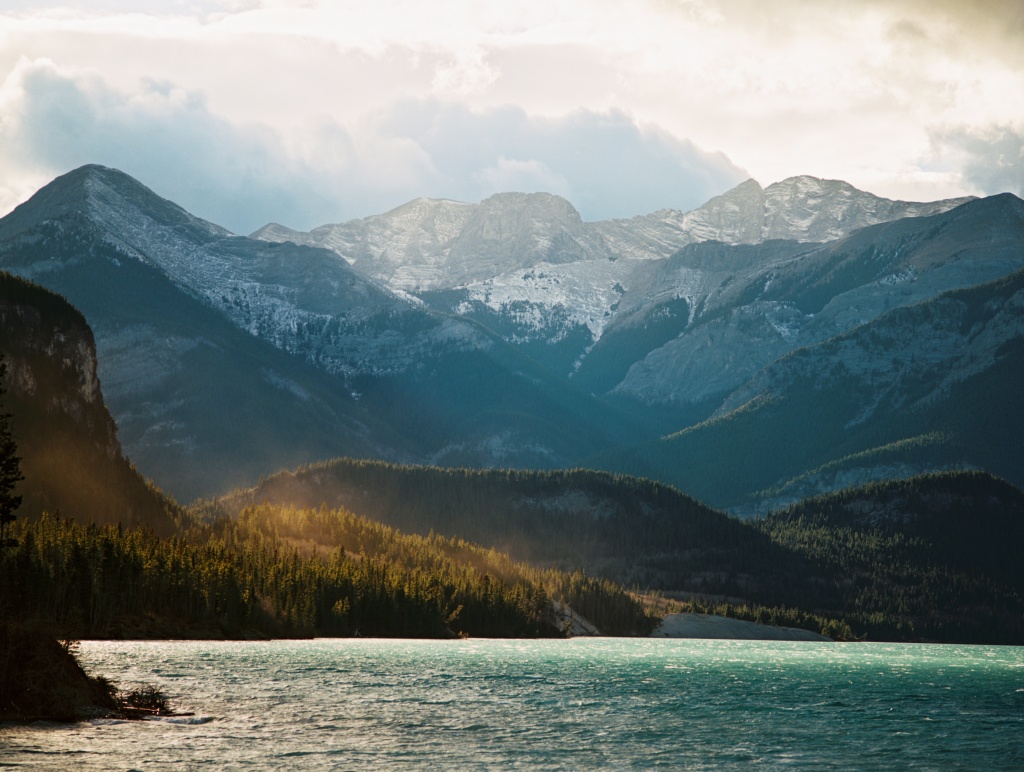 This photo was taken on my first trip back to Banff and the Rockies in several years. Exploring and shooting on that trip really lit a fire in me and set things in motion for me being able to travel back again and again and photograph the landscape and then weddings and portraits there. Also everything with that photo worked perfectly the way I could see it at that moment at the lake. From setting my exposure to shoot the film to developing and scanning and printing it, it all came together at every step. That’s something that’s so rare and it gave me a ton of confidence and made me really feel like photographing the mountains up there was something that I was meant to do.

Most of my work, personal, travel, landscape, or even for clients when I'm able, is shot on film.  I've really found that I connect with and am inspired by creating with that medium like nothing else in photography. I shoot with a few different cameras, but my main set up for travel and landscapes is my Pentax 645n, Canon EOS 1V, Canon AE-1 Program, and my Polaroid SX-70.

I've always enjoyed taking photos, but I really started pursing it in fall of 2003 when I picked my first SLR, my Canon AE-1.

I work full time as a wedding and portrait photographer and really love shooting those genres. Getting to capture the important people and moments in someone's life is seriously an honor and it's incredible to be able to serve people in that way. Other than that I really enjoy documentary and travel photography. 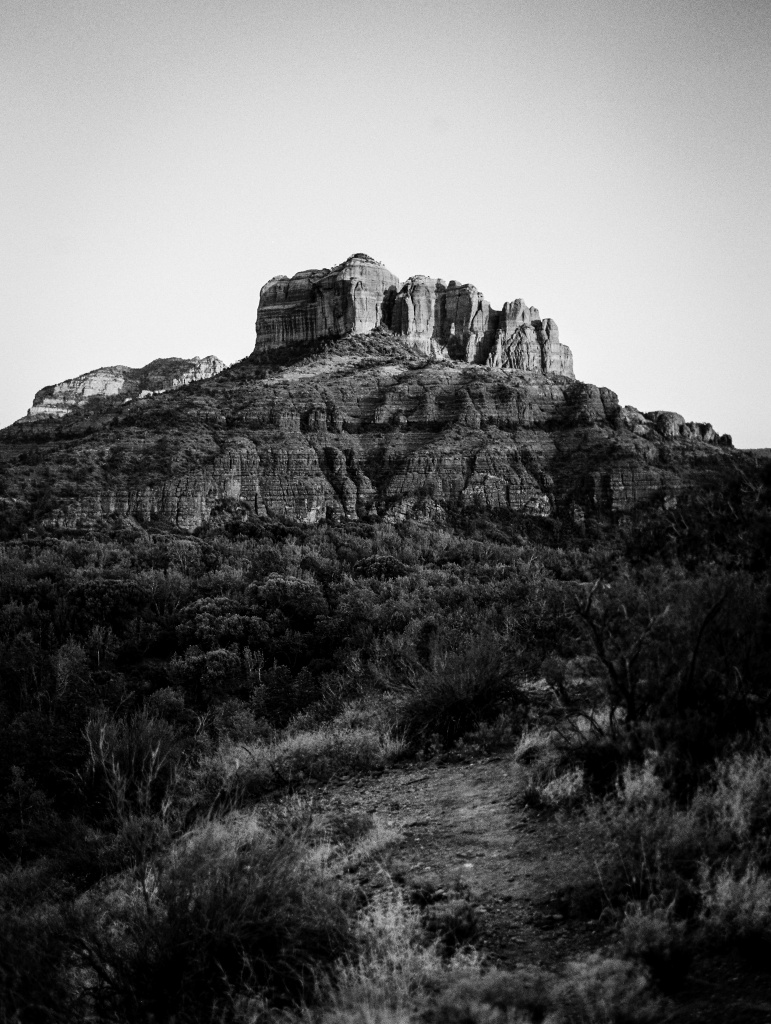 This was taken near sunset on a trip my wife and I took to the American southwest last year.  It was the first time I had ever been to that part of the country. As long as I can remember I dreamed about getting to see places like Sequoia National Park, Death Valley, and the Grand Canyon. We tried to fit way too much into a short amount of time and drove well into the night most days. I keep coming back to this image because of the moments of stillness that came with it. Just being able to there in a fairly secluded spot off the beaten path and try to adsorb the incredible landscapes that were nothing like I'd ever experienced before.

I fell in love with photography by just wandering around with a camera and exploring and documenting somewhere. I never feel more present and engaged in a place then when I'm walking around and photographing it. I think that's what really informs the style of the landscape photos I take.

I think every photographer should ask what is it that moves them to photograph the subjects they capture. You can always learn the technical aspects of things (and you should!), but what I think is even more valuable is understanding what motivates you to shoot that person, or that scene on the street, or that waterfall. Find out the answer to that question for yourself and then dive headfirst into it.  It'll bring a whole new level of meaning into the work you make.

Also, pick up few books on the history of photography. There's so much great work out there on social media now, but you might be missing the photographer from 60 years ago who could really inspire you. 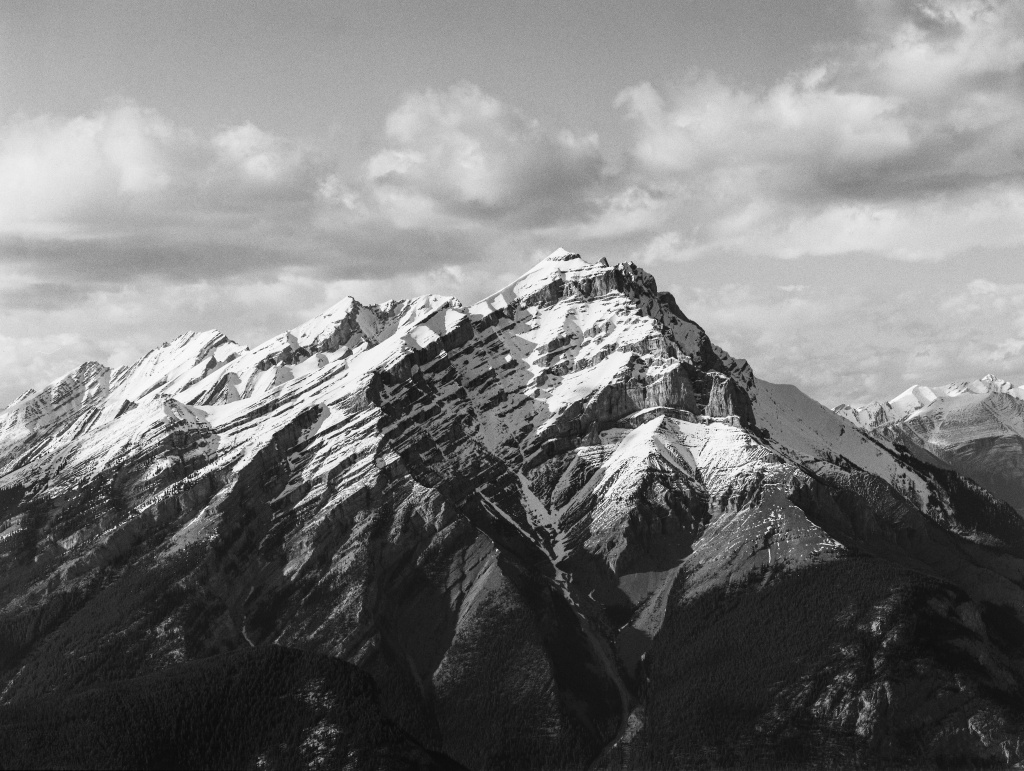 I took this photo from the viewpoint on the top of Sulphur Mountain in Banff on a trip there just a few weeks ago. I haven't had the chance to develop most of the film yet, but from what I have this shot really stood out. There truly is nothing like spending time on top of a mountain.

Top of my wishlist for a long time has been the Mamiya 7 medium format rangefinder. I rented one for a project in school and loved it. I've just been waiting for the right reason to pick one up. 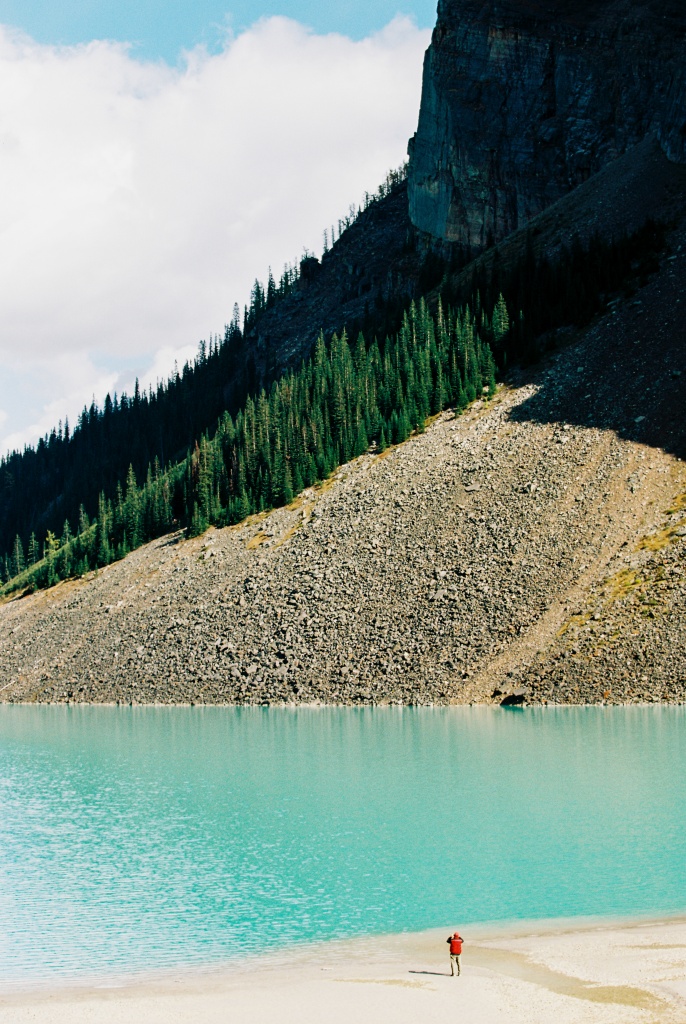 There's something about the interaction of humans and nature that's really starting speaking to me lately. In the past I would have tried to frame my shot to avoid this person in the bottom of the image, but I really feel like it would be missing the impact this photo has on me.  The sheer scale and beauty of a place like Banff is something that makes you really feel humbled but also connected to something so much bigger than yourself. 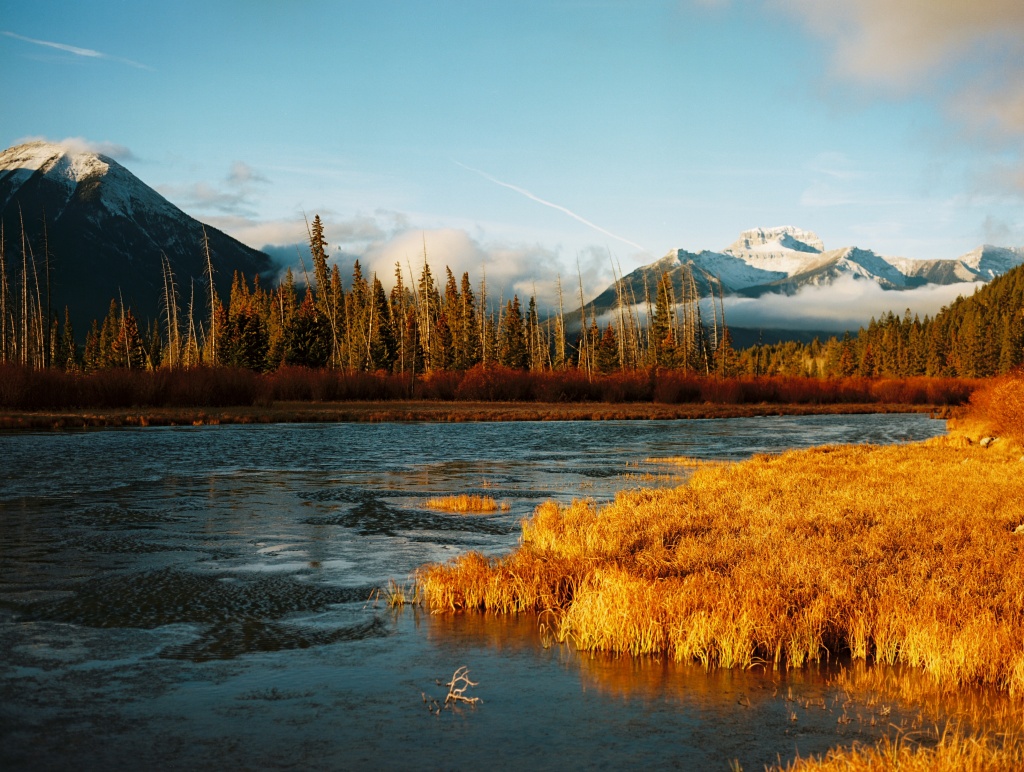 This shot was taken just after sunrise on a cold October morning in Banff.  My wife and I took a chance to get up early and head out with coffee and donuts and watch the sunrise.  As the light started coming over the mountains to the east the grasses and trees started glowing with those golden tones and I just started shooting away.  I love the images I made that morning, but I love the memory of that time with my wife even more. 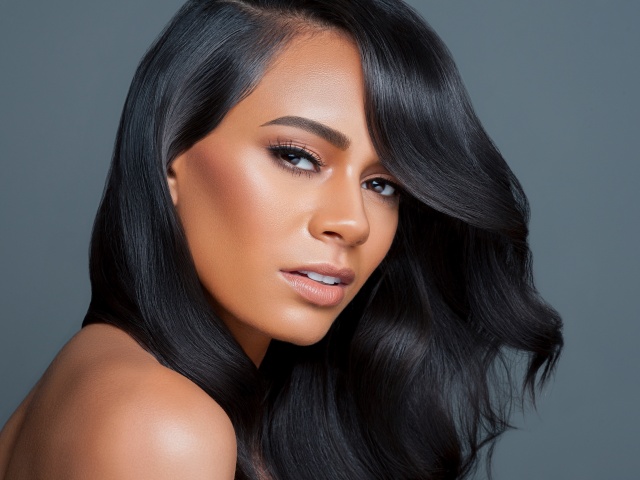 Steven Wallace was born in Calgary, Alberta and has a dual citizenship with the US and Canada. He received an BFA in studio art with a concentration in photography from Georgia State University in 2010 and has been working full time as a wedding and portrait photographer since 2012. He is one of the co-hosts of the Studio C-41: 1 Hour Photo Podcast and is an active member of the film photography community in Atlanta, Georgia where he lives with his wife Amanda.