Why Millennials Are Using Film Cameras vs. Digital Cameras

When I started my position in July of 2017 at KEH Camera, one of the biggest surprises was the fact that almost a third of our business was film cameras. I had assumed, as I watched the change in photography from film to digital back over ten years ago, that only a small handful of photographers were still using film. I also assumed that this group probably were photographers who had spent most of their lives using film but had decided the process worked for their vision and saw no need to make the change.

The next surprise came after being asked to be interviewed for a series of podcasts by Studio C-41 on various film format cameras. The podcasts were recorded at Dunwoody Photo here in Atlanta, which is one of the only local businesses offering processing and scanning of film. Speaking with the owner I asked who his film customers were. His response was 100% of them were age 30 or under.

My initial assumption (and you know what they say about assuming), was that these millennials were just interested in using film as an "alternative" method, somehow distinguishing themselves and their photography as being "different". I couldn't have been more wrong.

I joined the Atlanta Film Photographers Facebook page and started following the conversation. Most of the posts were either questions about cameras/film or more frequently, about film processing. None of what I read supported my initial assumption of why younger photographers were using film, especially since most of them probably had smartphones with cameras. Wouldn't the natural progression from a "digital phone camera" be a DSLR?

I posted a question on the Facebook page asking for any photographers thirty or younger interested in speaking to me about why they use film, to contact me for an interview. Five photographers agreed to an interview and I spent thirty minutes on the phone with each of them. What I learned both surprised me and made complete sense.

As you might guess, all five had completely different journeys into film. Most were either working as photographers or doing work on the side as they tried to make photography their full-time profession. All incorporated using film as part of this process. Some had formal education and degrees in photography while others were completely self-taught.

There were three major areas that each spoke about during our conversation. Not one mentioned wanting to "be different" by using film. So goes my assumption.

#1. Using film cameras gave them a lower cost entree into high-quality photography equipment. They were able to purchase used camera bodies and lenses, which were considered top-of-the-line twenty/thirty years ago, at a much lower cost than current digital offerings. Current professional new DSLRs camera bodies range anywhere from $2,000 - $8,000 with top-end lenses running thousands of dollars more. Buying a used Hasselblad/Nikon/Canon/etc., with a few lenses that have been professionally certified and come with a six-month warranty from KEH is a much better investment. Check out what we have in stock at www.KEH.com

#2. Most felt that, as millennials, they were taught during their grade school, high school and college education experiences, to learn the answers for the test rather than how to think for themselves. Learning how to use film cameras on their own forced them to become problem solvers, which they enjoy.

#3. Finally, they all spoke about how using a film camera allowed them to concentrate on the creative process while photographing. I couldn't agree more. Having used film cameras for the first thirty-five years of my career, this is something I have realized while teaching photography workshops.

Film cameras don't come with an LCD screen. You can't review your images in the field. While photographing you are in the creative process of making images knowing the technical workflow will come later. With the change to digital, I watch photographers new to the process consistently switch between making an exposure and then immediately checking their LCD to see what "they got".

I know the argument for reviewing the LCD in the field and making sure you "have" the image, but I believe that in a photographer's long-term growth, staying in the creative zone while photographing will advance the quality your images much faster than constantly switching between each mode of the process. Take a new page out of an old book and learn from the millennials. The next time you are photographing, resist the urge to review your images until they are on your computer. My prediction is that you will be surprised with what you "got" without having to constantly review each exposure.

I want to thank the photographers who volunteered their time to be interviewed for this post and for sharing their film images.

Metering Without A Meter

Finding the Perfect Destination to Photograph 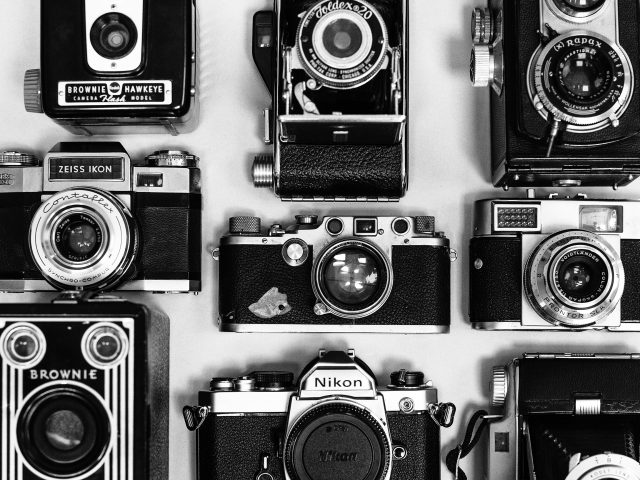