I'm that guy. I carry a camera everywhere I go.

Supermarkets, restaurants, the dentist—it doesn't matter—if I don't have a camera with me, it feels like something's missing.

It's not always the same camera, mind you. It can be a full-frame mirrorless kit one day, a medium format rangefinder the next, and the occasional odd duck. Mostly, though, I'm schlepping around a Fujifilm X-T3, the mighty Ricoh GR or a capable compact camera.

When I'm out in the world with said gear, outing myself as the camera geek that I am, someone (you know people like this) is usually quick to point out that I already have a camera with me all the time—my smartphone.

Oh, these poor fools. Like a great role model once taught me, all there is to do is pity them. They clearly have no idea what they're missing by only using that deceptive smartphone camera.

Let me state this plainly before we go any further—a dedicated camera beats the pants off any smartphone, no matter how many lenses they slap on it. And while the inequities of smartphone cameras are clear to me, not everyone is hip to it, so let's go through some of the main reasons now.

Smartphones Are Not Designed To Be Used As Cameras

Before we even get to the internals, let's talk about the ergonomics of shooting a photo with a smartphone. In short, they suck.

Holding a phone securely while trying to snap a pic does not feel natural in any way. Even with both hands, it's a deft balancing act between obtaining a decent grip, not covering the screen and feeling around for a shutter button that's not actually there.

Speaking of grip, there's none to speak of—all the sleek surfaces are made of glass, smooth aluminum or shiny plastic, with no anchor points whatsoever. And as phones get larger and larger, the ergonomics just keep getting worse. It's starting to feel like climbing up a glass wall.

Most dedicated cameras, on the other hand, are designed to give your fingers natural spots to grip the body and comfortably use dials and buttons, so that, ultimately, you're free to concentrate on composition and your subject—things that matter most to making a good photograph. 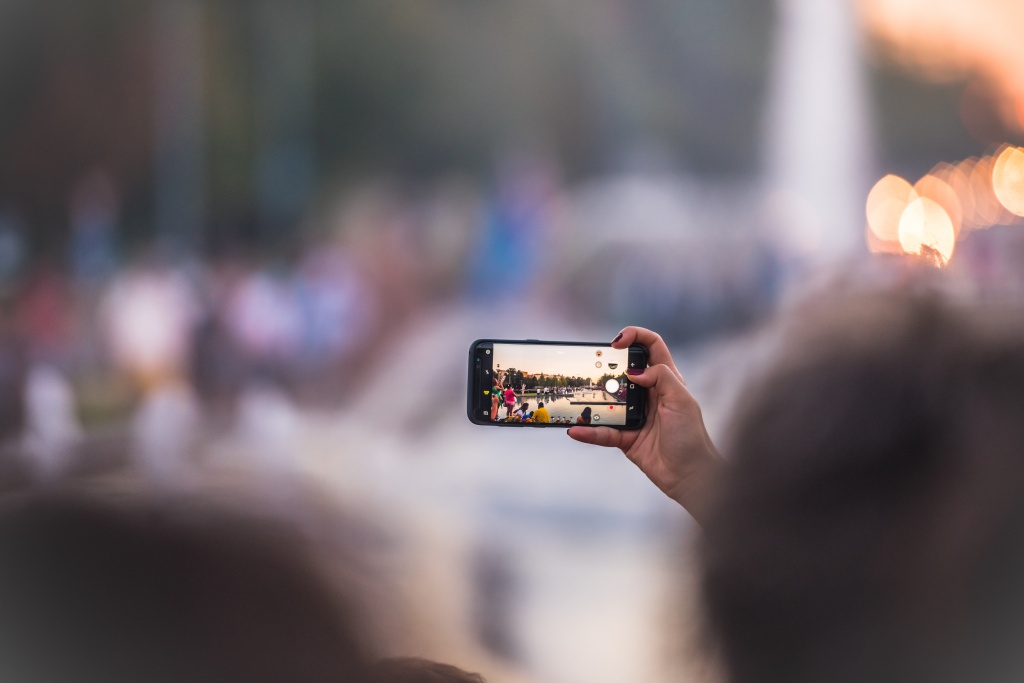 Trying to shoot a smartphone one-handed in landscape orientation is especially precarious. Just look at this person's hand in the image above—does that look comfortable? Does the phone look secure in their awkward grasp? How little would it take to knock that phone out of their hand?

The reason why smartphones suck to handle is simple—they're not designed to be cameras from the start. Smartphones are designed to be touch-sensitive video displays that can easily slip into a pocket (increasingly, a HUGE pocket).

Smartphone Cameras Are Made of Cheap Components

When Apple released the iPhone 11 Pro, it was touted as a photographer's dream. After all, it sports a triple-camera setup with lenses of different focal lengths, including an ultrawide and a telephoto lens. Along with the front-facing camera, there are a total of four cameras on that smartphone. Nokia has put as many as 5 lenses just on the back of their latest phone.

But are these lenses any good?

Let's consider the cost of parts. All the combined camera bits inside the iPhone 11 Pro Max cost Apple a total of $73.50 for each phone. Certainly, this a sizable portion of the total cost of parts, which is around $450 (the phone retails starting at $1,099). But break that down and it's an average of about $18 per camera. It's not a stretch to say that they're not dealing with primo materials.

To keep costs down, they mass produce cheap lenses and cheap sensors just passable enough to keep up with other smartphones. 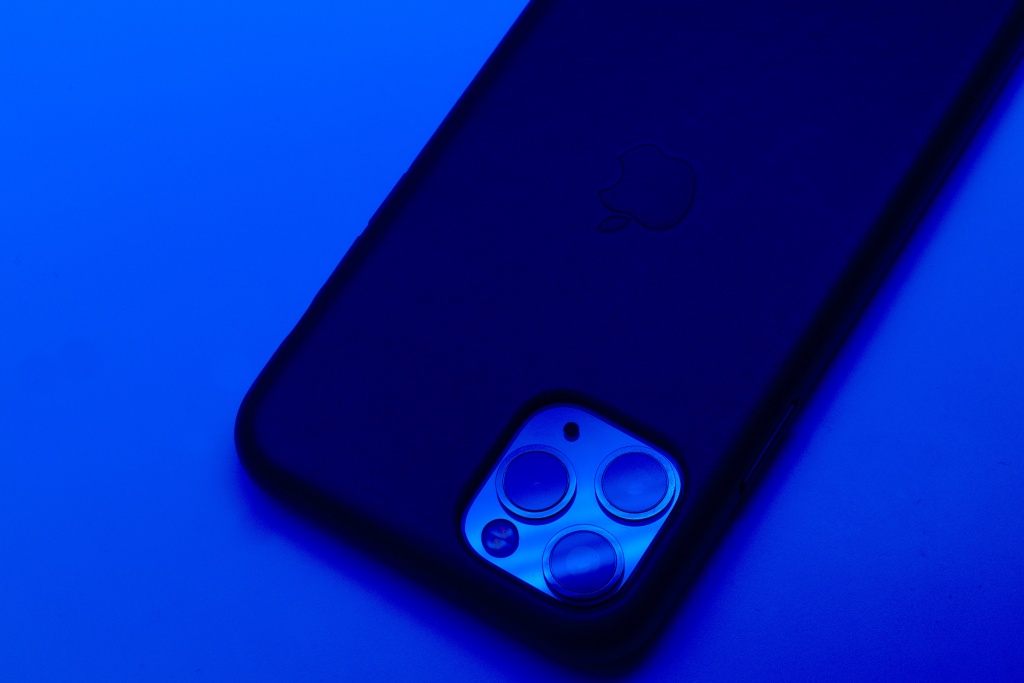 The sensors inside a smartphone are teeny-tiny, over 30 times smaller than a typical full-frame sensor you might find on a digital camera. The iPhone camera sensors have limited resolving power and can't collect much light due to their size, so Apple applies a ton of noise reduction and oversharpens the files to try to compensate. And while computational photography has come a long way, it's still no competition for the real thing.

Have you seen "Portrait Mode"—that fake bokeh with the uncanny valley focus falloff? It sends shivers down my spine.

And you don't have to be a pixel-peeper to see poor image quality. Print any iPhone pic bigger than 16 x 20 inches, and you'll start seeing all sorts of digital artifacts and poor detail. It's not pretty. That's why they opted for billboards for those "Shot on iPhone" campaigns—you can't study the details of something that's 60 feet in the air.

Likewise, the iPhone lenses are shaped from molded plastic, not ground glass elements, so Apple's definitely cutting corners there as well.

As anyone who's ever had to buy a pair of prescription glasses will tell you, glass optics cost mucho dinero. For good reason, too—the quality of a lens affects sharpness, contrast and resolution, while keeping imperfections to a minimum. Crafting good lenses isn't cheap, but quality glass is worth every penny. Plastic just doesn't perform as well.

So, as you see, since the two most important factors for image quality are the lens and the sensor, smartphones are already starting at a deficit. That's why they have to lean on computational fixes and gimmicks to try to make up for their physical shortcomings.

Smartphone Cameras Have A Pretty Limited Use

Something else to consider is that, due to their inherent technical and physical shortcomings, smartphones are quite limited in their use. When it comes to focal length and low-light use, smartphones, again, fall short.

Take for instance the lenses on the aforementioned iPhone 11 Pro. They cover three focal lengths—13mm, 26mm and 52mm (all in 135-equivalence). These lengths are certainly good enough for subjects that are relatively close, but they're not sufficient for anything somewhat distant. A 52mm is not really a telephoto lens like Apple markets it, it's actually quite a standard or "normal" length—very similar to what our eyes see.

That means the iPhone is basically useless anytime you need a little more reach. Concerts, sporting events and wildlife photos are all out of the question. People try pinch-zooming in on stuff, but they probably don't realize how much they're degrading the image. Pinching is not like a real optical zoom—information is getting cut out of the frame. The more you do it, the more you lose. What starts as a passable image can quickly turn into a pixelated mess. 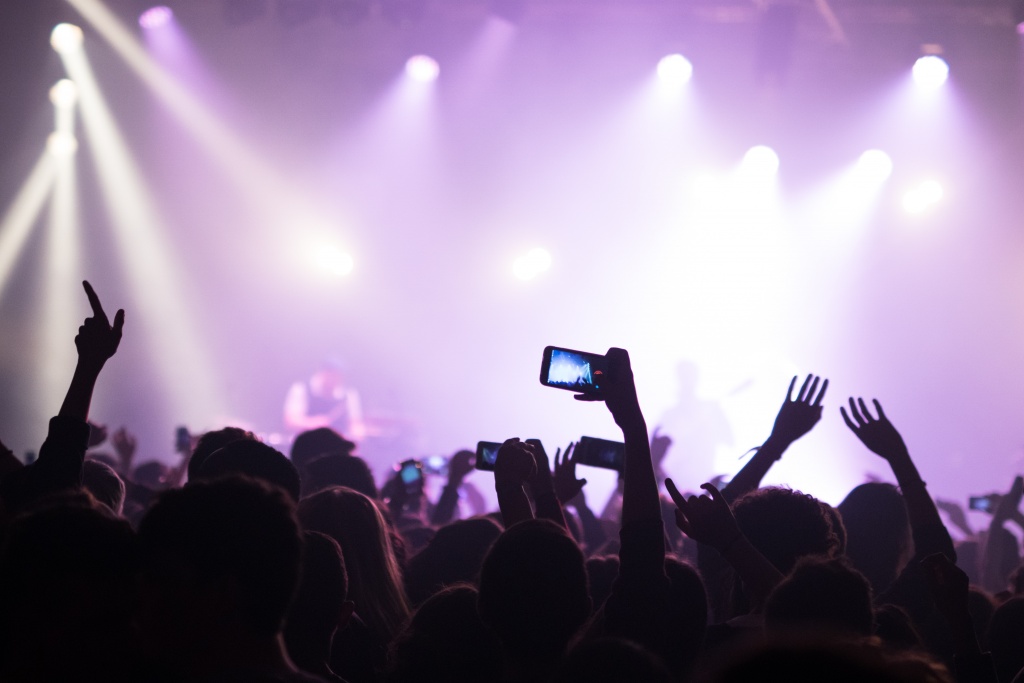 Similarly, in low-light situations, smartphones have nothing on cameras with big sensors and lenses with large apertures. Collecting as much light as possible is essential in dim settings, and smartphones are trying to do it through a pinhole.

That's why they now rely on gimmicky computational photography to try and make up ground. The Pixel has "Night Sight" and the iPhone has "Night Mode", which are tolerable for still subjects, but just don't work for capturing any scene with motion. If you want to capture vibrant and detail-heavy photographs of dimly-lit scenes, a dedicated camera is still your best bet. Plus, unlike a smartphone, you can add a powerful flash to a camera, and have full control over your light.

At this point, I know what some of you are saying. "Yeah, sure, these are all valid points, but I don't care about ergonomics, image quality or feeling restrained by the limits of my phone. Why are you yelling at me? My smartphone camera is good enough for my needs."

And to that, I say, vaya con dios.

Indeed, you may not have ambitions past snapping a couple shots of dinner to share on Instagram, and if that's the case, go ahead and stick with your smartphone camera. But I'd hate to see you not achieve your full potential.

You see, with every photo comes the opportunity to make something that will transcend the moment you're capturing. That idea should excite you to no end. The fact that by taking a photo, we're not merely documenting—we can convey, explain, elevate, transform, and extend moments into something greater than themselves.

That's powerful stuff. Don't you want to do the moment justice? By opting for a better camera, you've already won half the battle.

It shows when you take a photo with a real camera. If nothing else, you'll get a ton more double taps on your Instagram posts, and that's nothing to sneeze at.

Need help getting started on your journey to better photos? Give us a call at 1-800-DIAL-KEH or browse our site for your perfect camera.