Some of the most compelling images of all time have been taken by sports photographers. Whether you're a fan or not, it's not hard to argue that triumph and defeat make for pretty solid subjects when you're capturing the world.

Not all of us are out there photographing Muhammad Ali's victorious taunting of Sonny Liston. Sometimes we just need to rush to our niece's first softball game after work and be ready to capture the look on her face after she swings and makes contact. However, there is a fair amount of crossover in the technique and equipment, no matter the price of the ticket. First, let's talk a little about the equipment that may give you the upper hand, then we'll talk a little about technique. 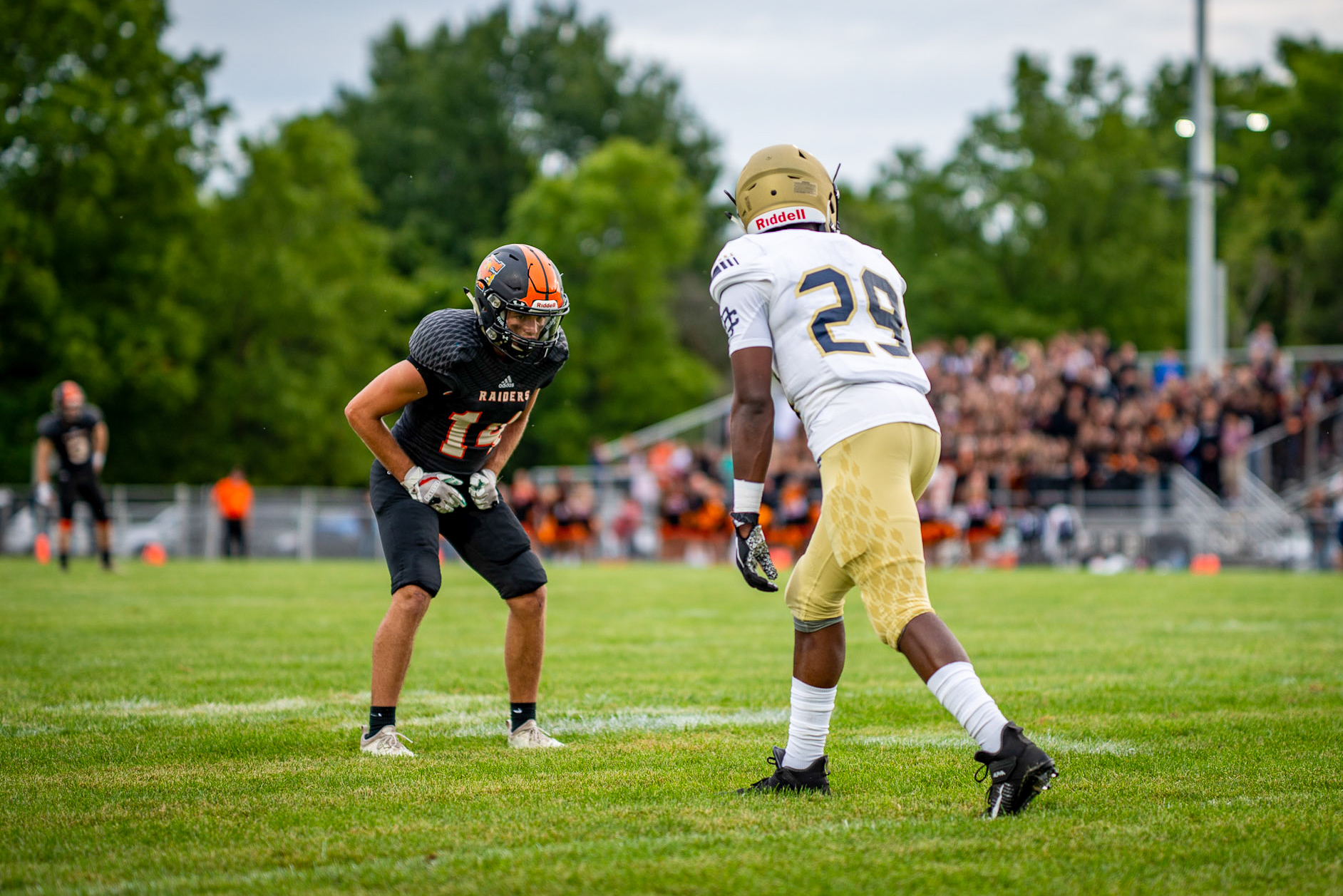 While we believe that shooting film is literally always going to be cool, going digital will be a safer bet in fast-paced sporting situations. You'll want something that has a fast shutter speed in order to freeze the action of the scene, but first, let's talk about continuous shooting.

Many modern cameras, DSLR or mirrorless, have a 'continuous shooting' feature. This function gives the ability to take numerous exposures in quick succession, allowing you to 'Spray and pray,' or in other words—hold the shutter release down, take as many photos as you can and hope that you got the magic shot at that precise instant. This is incredibly handy when shooting sports because—well...sports happen quickly. That's not to say that you don't have perfect shutter timing, but if you're even a half-second late, you might miss that game-winning hit.

The other aspect of capturing the game-winning moment is fast shutter speed. If you're a beginner, that means going off Full Auto mode and switching to either Sport, Shutter-Priority or Manual mode. A shutter speed of 1/500 or higher is necessary if you want to perfectly freeze time without any motion blur. Of course, there are some situations where you may want to convey some motion in your image. Don't be afraid to mix it up and try different things! 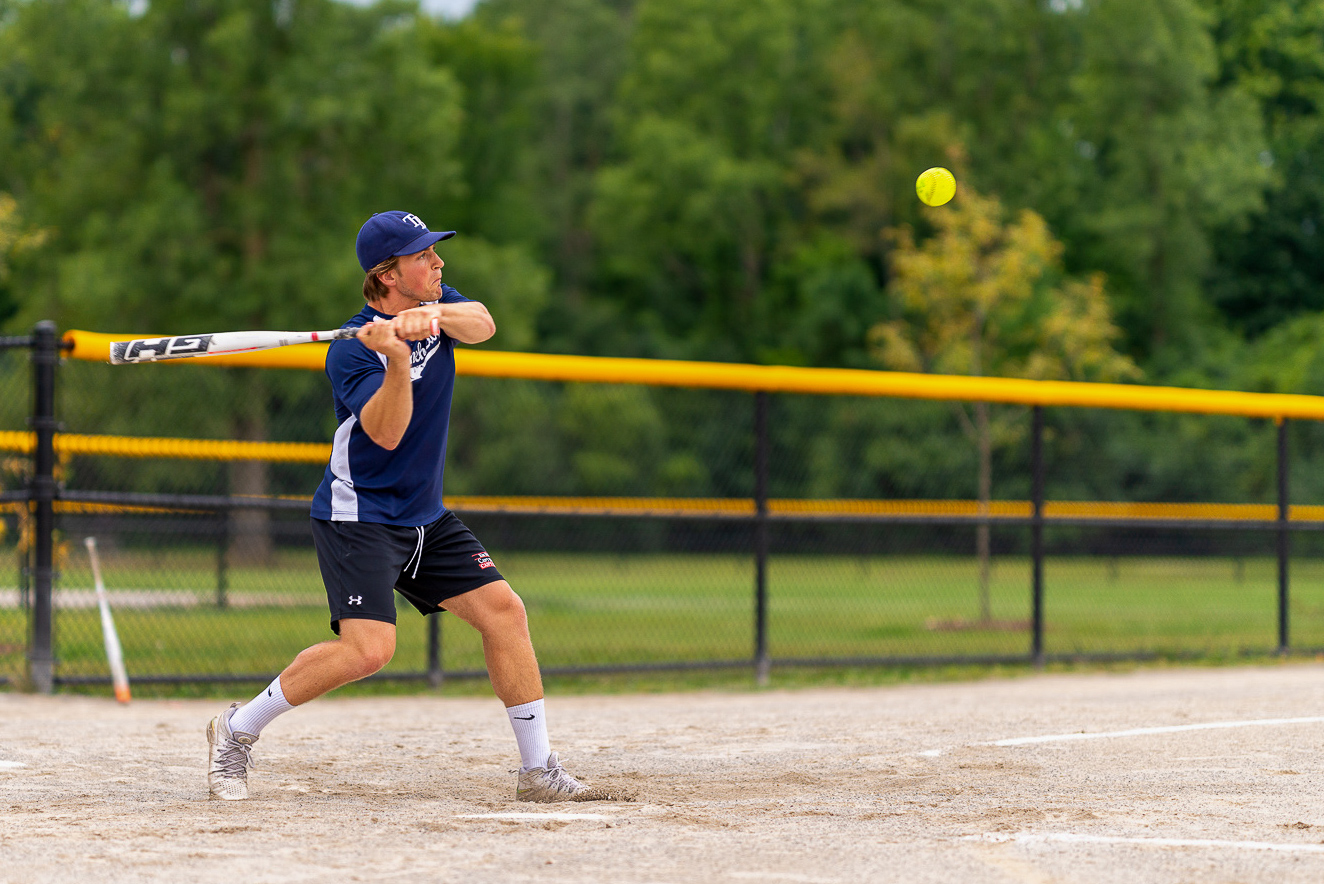 In order to be able to use that fast of shutter speed, you're going to need more light. You can either bump up your ISO setting at the risk of introducing digital noise and grain, or you can use a wider aperture lens. Due to a pesky little problem we call physics, it's more difficult to have long telephoto lenses with ultrawide apertures. This difficulty unfortunately comes with a hefty weight and price increase above their smaller and darker counterparts. Thankfully we've got some used long telephoto lenses that fit the bill for much cheaper than new.

Some of the professionals you see on the sideline of pro sporting events will be working with something like a 400mm f/2.8 from Nikon or a 600mm f/4 from Canon. Often times, these photographers will have two camera bodies- one with a telephoto and one with a shorter lens for when the action comes closer to them. Most of us don't have the budget for two matching camera bodies with lenses. For those of us just heading our company's kickball game, there are better options.

In any case, for some of the best sports photos, you're going to want a telephoto lens to bring you closer to the action. Most of the popular camera brands offer 70-200mm f/2.8 zoom lenses. That's a wonderful start! They are typically lightweight enough to operate handheld, many offer image stabilization, and in most cases, you can add a 1.4x or 2x Teleconverter if you need more reach. Don't think you have to spend thousands of dollars on getting awesome shots, though. The photo below was taken with a Canon T3i and a 55-250 f/4-5.6 lens. Pretty awesome, huh? 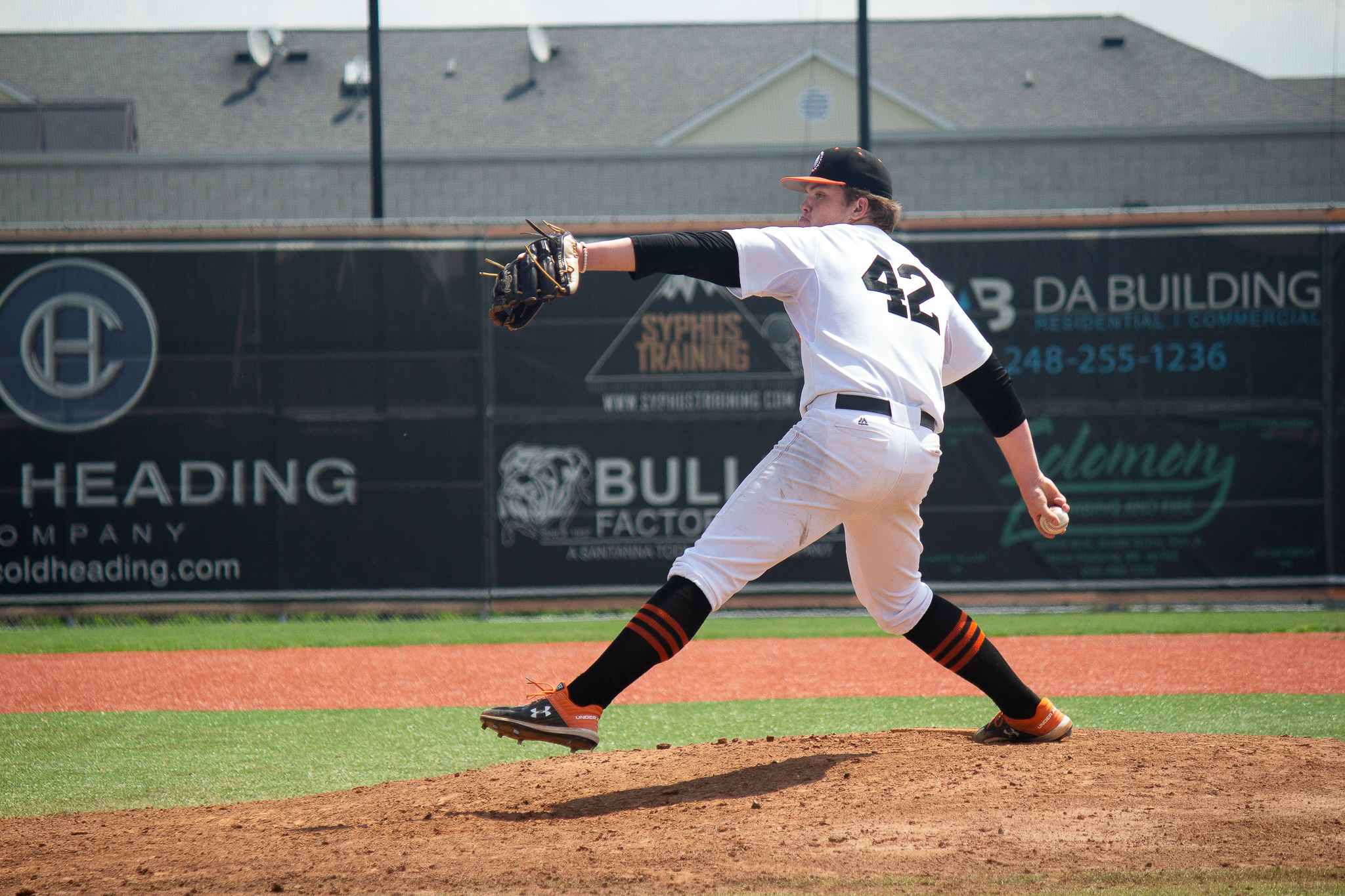 This one is a little tough. Some people feel that manual focus is the way to go in order to get a more tactile, sure thing that you're focusing exactly where you mean to. However, in quick sporting situations where you've got to track with fast action, it can be difficult to manually focus with precision. It's recommended that if you're a beginner, stick with the fast autofocus lenses.

However, if you prefer the more classic feel of turning the focus ring yourself, you can certainly come away with some stunning shots. If a shooter is confident in his or her focus abilities, it's possible to capture images like this one below, taken on a manual-focus Zeiss Otus 85mm. 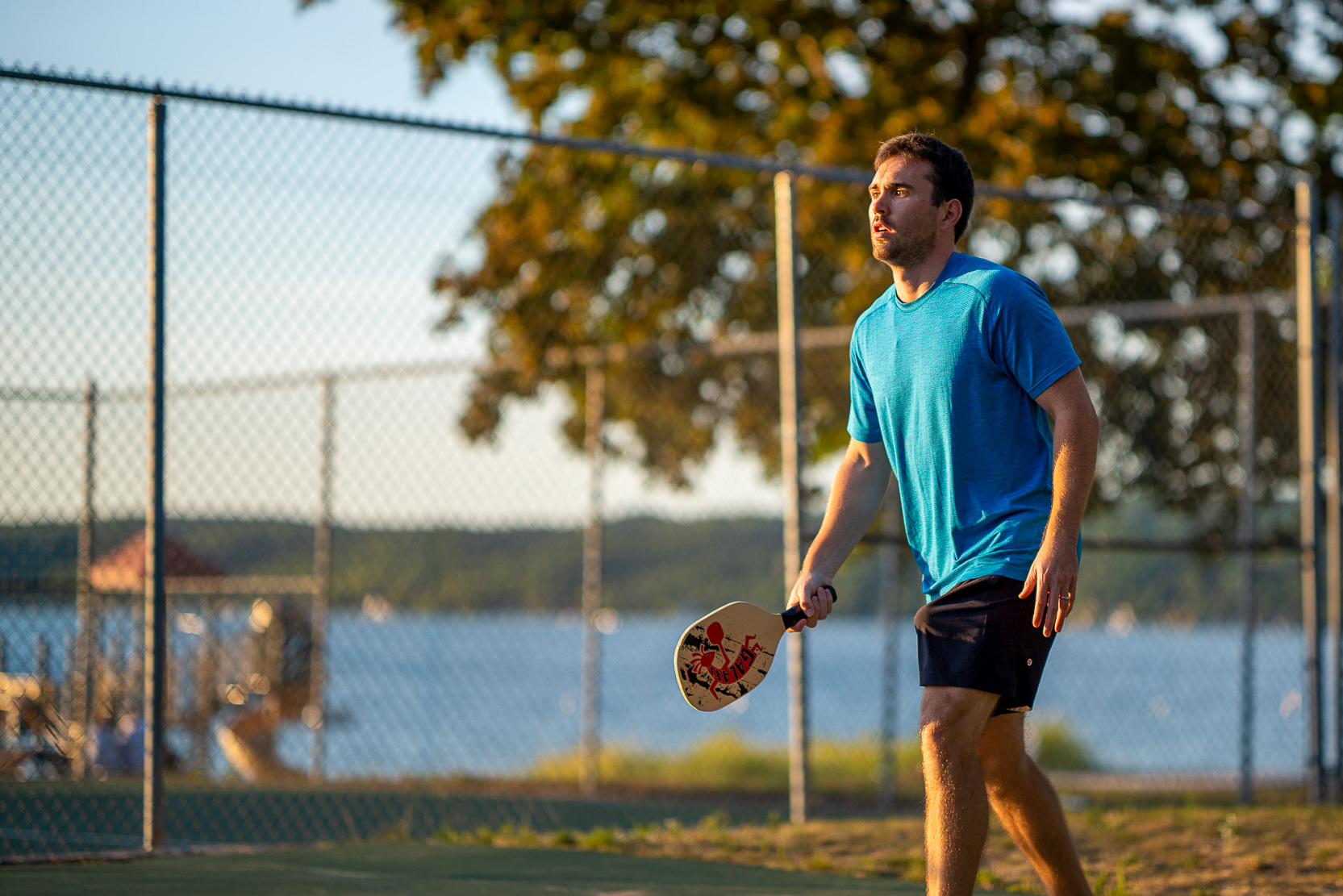 Now unless you've got arms like Dwayne 'The Rock' Johnson, you probably aren't going to want to hold a heavy telephoto lens for multiple hours of a sports game. At the very least, your arms will start to get tired and shaky. Granted, a quick shutter speed will help to eliminate blur from fatigued and wobbly arms.

If you don't look like Popeye and would like to rest your arms between shots, a monopod is an extremely handy way to stabilize your camera. It's sort of like a tripod, but with only one leg. A monopod allows you to pivot and turn to follow the action but gives your arms a break. It also takes up only a fraction of the footprint that a tripod would, so you can be a little more low-key.

Learn What You're Shooting

Taking a step away from the equipment, most photographers who have been in the game for a while will tell you that it's not necessarily the gear that makes the photo, but how a photographer uses the equipment they've got. Simply reacting to what you see isn't going to be fast enough. You've got to be able to anticipate things like where the ball is going to go, or when the boxer in red is going to throw a tremendous haymaker. Thinking one step ahead of your subject will allow you to visualize what's coming, so you don't have to always be catching up to what's happening.

Again, don't be afraid to try something new. Shooting an extra-wide view of a large venue can give a sense of scope that close-ups can't provide. Consider taking photos of cheering fans instead of focusing on the direct action. Getting swept up in how the crowd is reacting can be just as exciting as seeing the game itself! 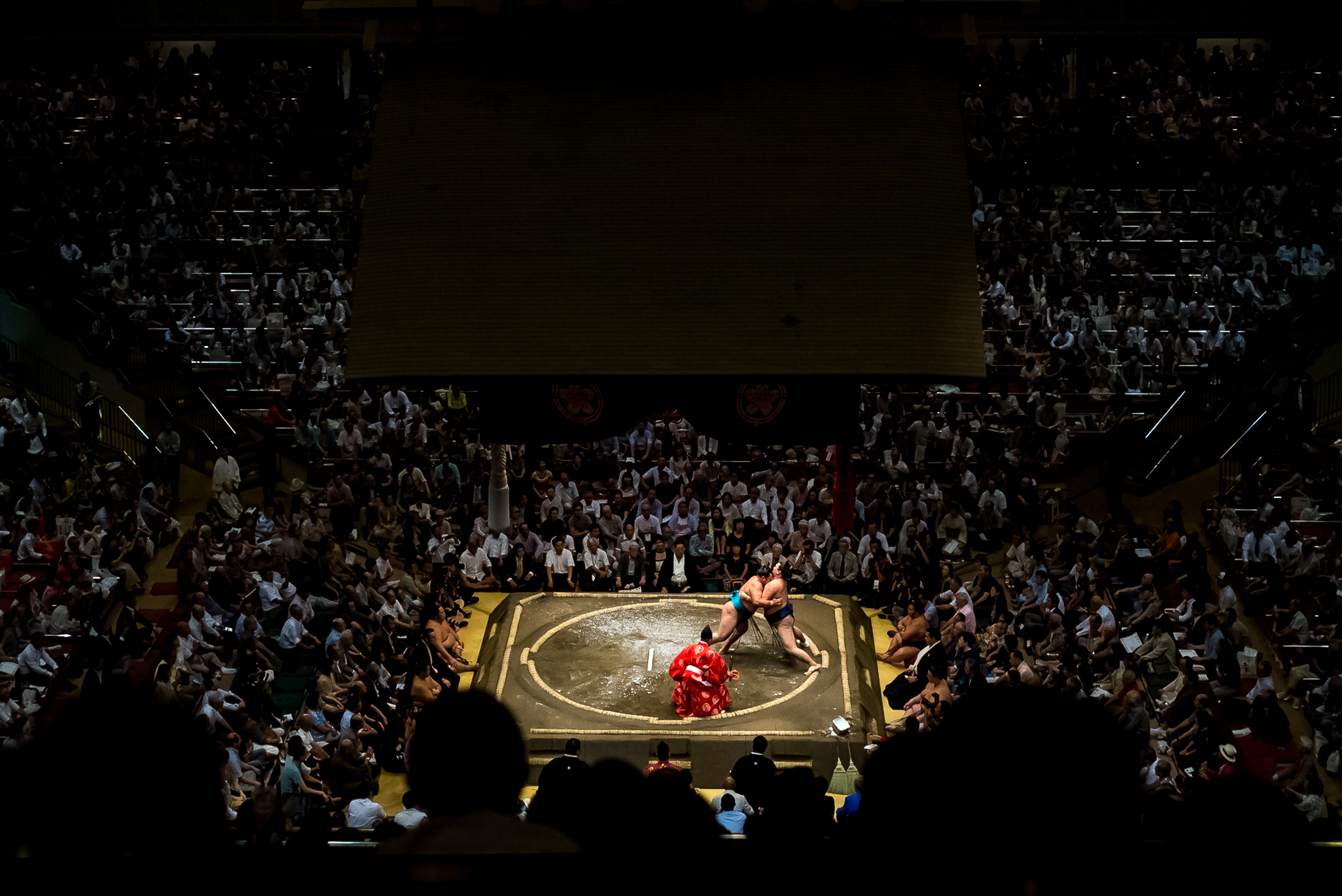 This quick primer should give you an idea of what to expect when going to take pictures at a sporting event, big or small. Leave a comment below to let us know your favorite lenses or cameras that you love shooting sports with.

See something you like? Send our team a message to help you find what you need

All photos by KEH's own Joe MacLean and Luca Eandi