Over the holidays last year, I traveled to Turin, Italy to visit family. While I was excited to spend time in my homeland eating good food, relaxing and taking photos, prior to the trip I dealt with a familiar dilemma—which lenses should I take?

This nagging question seemingly pops up before every trip, and I don't think I'm alone in this. After all, the prospect of being far from home and not having the right gear is scary for any photographer—on the one hand, you don't want to be unprepared, and on the other, you can't bring your whole kit. Luckily, I have achieved some peace of mind over the years by asking myself a few key questions before I start packing my camera bag. 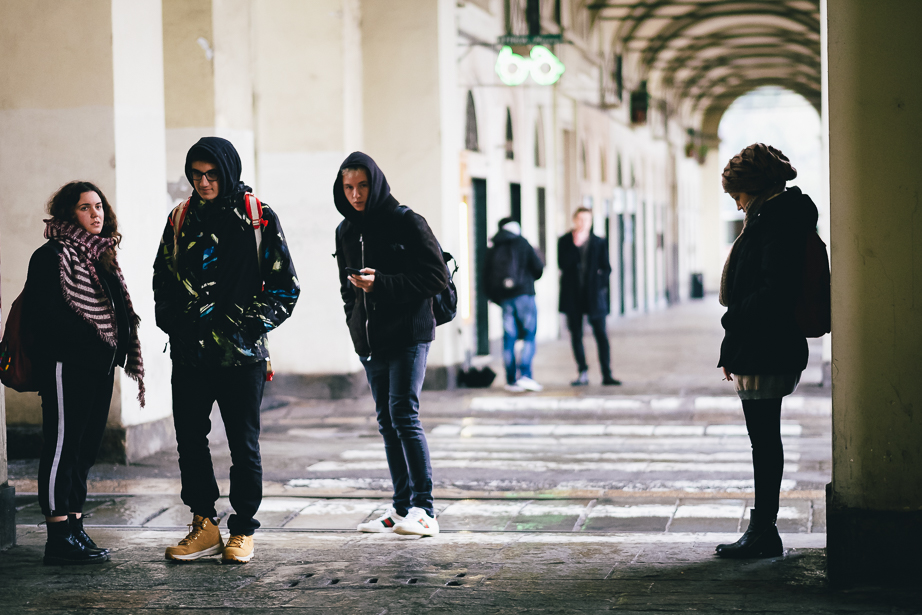 "Where are you going?"

Destination should be the first factor in deciding what to pack. Sure, this seems basic, but the answer to this simple question might reveal more than you think.

For example, if you're going on safari through the Serengeti, you certainly don't want to leave your long lenses and teleconverters behind. Or, say you find yourself in Norway in the middle of January—you'll want fast, wide-aperture lenses to overcome that oppressing lack of sunlight.

It's hardly ever this clear-cut, but you get the idea.

For my recent trip, I knew I was going to be staying in Turin, and the weather at that time of year would most likely be cold and rainy. That already was enough to start narrowing down my options. 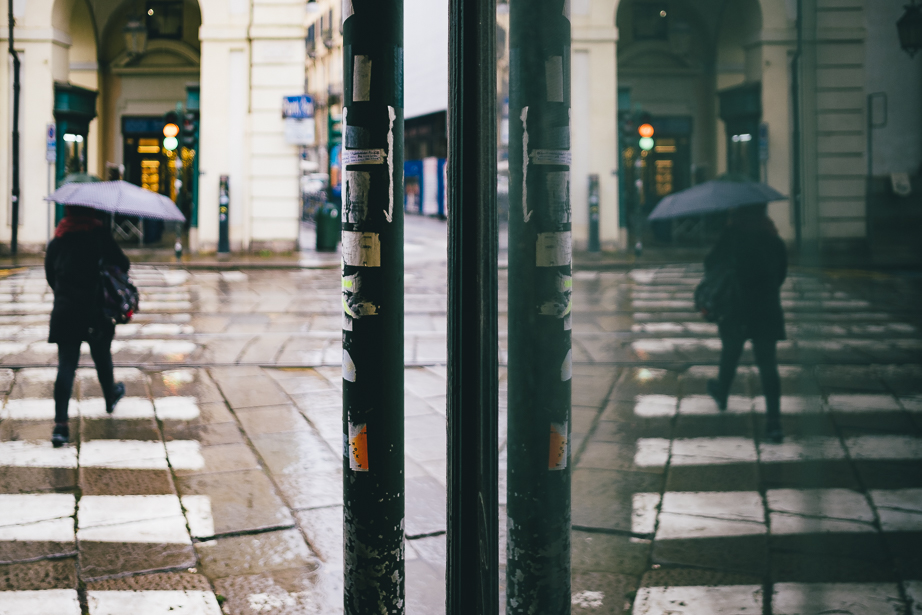 Making decisions does get tricky, however, if you plan to travel to a variety of places, facing a wide array of shooting situations along the way. Say you're vacationing to a city, but you're also taking a number of day-trips to the mountains and the beach (not uncommon in a place like Italy)—what do you pack then? You'll likely need coverage over several focal lengths and possibly weather-sealing while keeping size and weight down.

This is when having an arsenal of versatile lenses comes in handy.

Zoom lenses are usually what come to mind for versatility because they can cover multiple focal lengths in one body, but they're not always the best performers as far as image quality is concerned, and the ones that do perform well are usually not light and compact.

I tend to opt for multitasking prime lenses instead. Say, for example, the Fujifilm XF 16mm f/1.4. That lens covers my needs for wide coverage (24mm equivalent on full frame), has a fast aperture, can focus insanely close (15cm), and is weather-sealed—that kind of versatility wins it a spot in my bag every time. 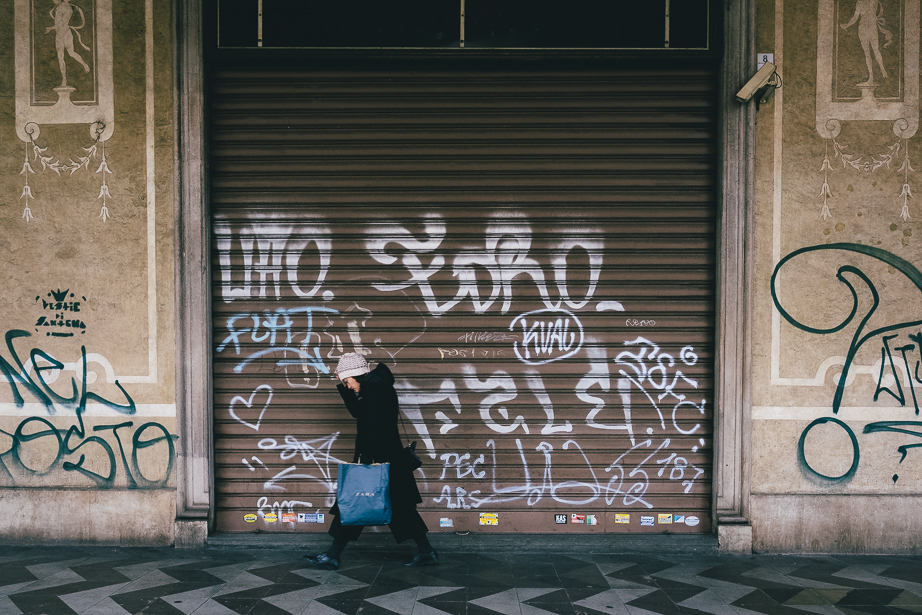 Another great multitasking piece of glass is something most manufacturers make—a macro lens in the 50-150mm range. I always find these incredibly useful because they can do double-duty as portrait and short telephoto lenses, plus they tend to be extremely sharp and can focus close. Most are pretty reasonably priced as well, and can be rather compact despite the long reach.

So, to recap—as long as you do a little research about your destinations, you should be able to start narrowing down your options. The next question will get you even closer. 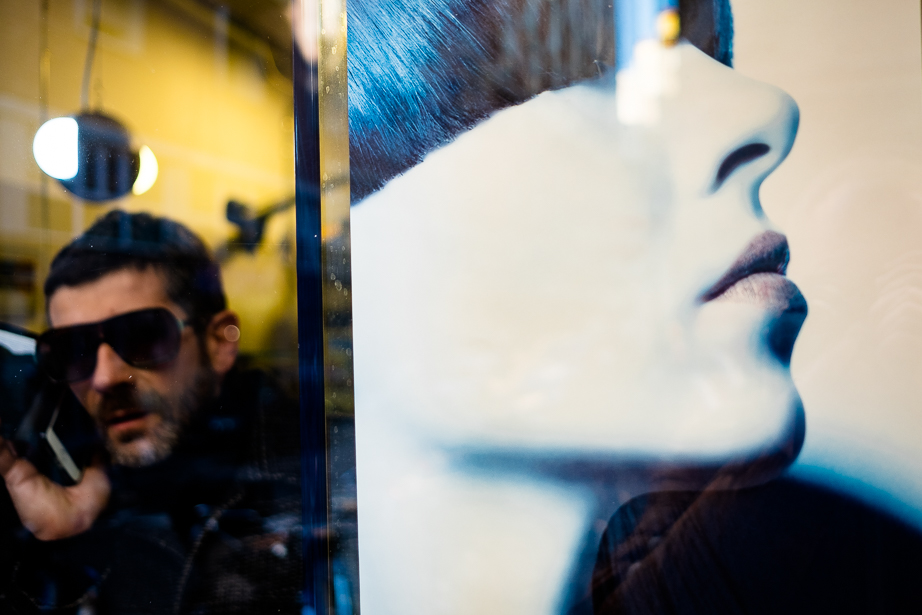 "What are you going to shoot?"

This is another simple question, but it gets to the crux of why you're even bringing gear in the first place. Basically, you should have some expectation of the sort of images you're looking to make prior to your trip, and that can inform what you pack.

If you're trying to capture the scope and majesty of California's giant redwoods, for example, you should think carefully about how you're going to do that. This might mean looking up other people's images from the same location to get a sense of what type of gear they used. From this, you may get some helpful tidbits.

Like, for instance, you may learn that it's difficult to get enough of the redwoods in frame within any given distance, so using a wide-angle or even a fisheye lens may be useful. Or perhaps, you could opt for shooting environmental portraits of people next to the trees to give them proper scale, making a portrait lens with a fast aperture more your speed. You get the idea. 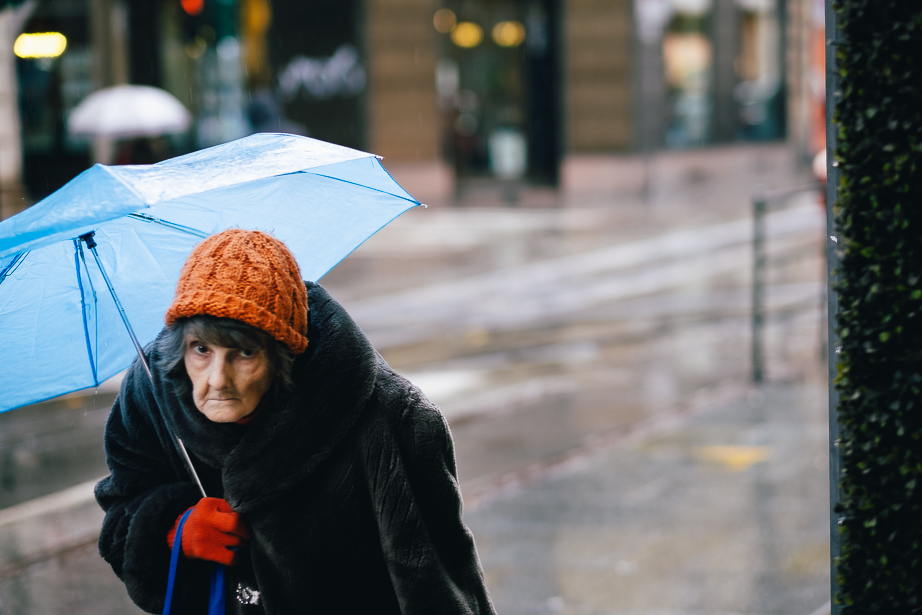 For my trip, I knew I'd be shooting mostly street photography, but that I may also want the option to make portraits of family members. This meant that in addition to the aforementioned 16mm f1.4, I packed my trusty Fujifilm 23mm f/2, which covers most street photography needs with its classic 35mm full-frame-equivalence, and the 56mm f/1.2, which is a gorgeous portrait lens that can also be used for urban landscapes since it has virtually no distortion.

This kit of fast primes is something I often use because it covers most of my needs and it means I don't have to sacrifice image quality for portability—all the lenses are relatively small and light, so they're not a burden to carry, even if I don't end up using them—which brings us to the next question. 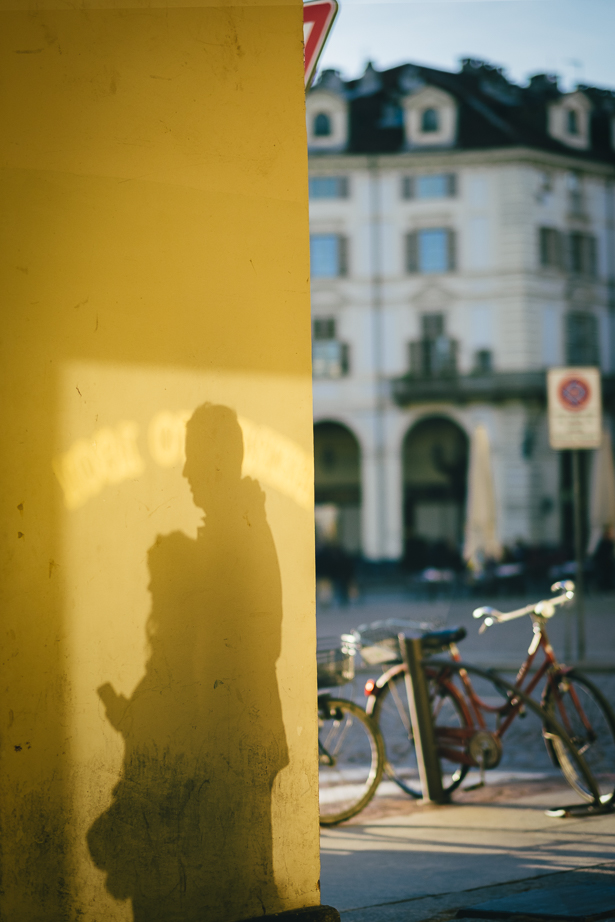 "What can you live without?"

Coming to terms with what can you live without is an important step in the process—the decision to leave gear behind should be weighed side by side with what you decide to bring. This means looking at your whole kit and being truthful to yourself about what you'll realistically end up using.

For me, it usually means looking at my collection of vintage lenses and asking myself, "do I really want the added weight and the hassle of using adaptors?" You never know—sometimes my answer is a resounding "yes" if it's a lens I'm excited about, but most of the time it's just easier to go with the Fujifilm's native lenses (it doesn't hurt that it's all good glass). 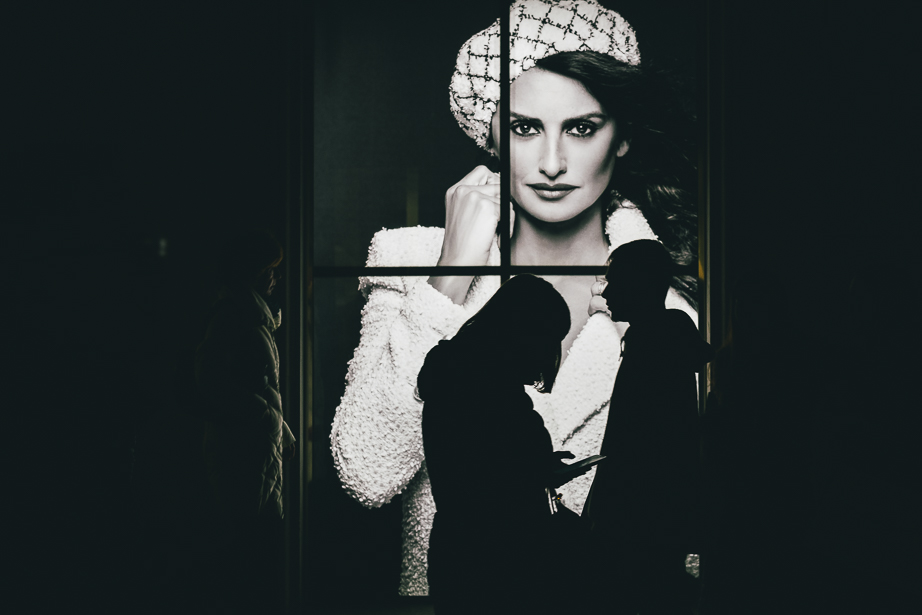 Simplicity is always a plus when traveling, so try to err on the side of items that you're more likely to use because they offer convenience and accessibility. Most of the times, you're traveling for pleasure, so the less work you have to do, the more you'll enjoy yourself.

I'll also look at accessories like filters and tripods and ask myself the same question. Mostly, I can usually live without those things, but then again, I don't do a lot of landscape photography. If you do, you may want to sacrifice a lens or two in order to make room for more accessories. 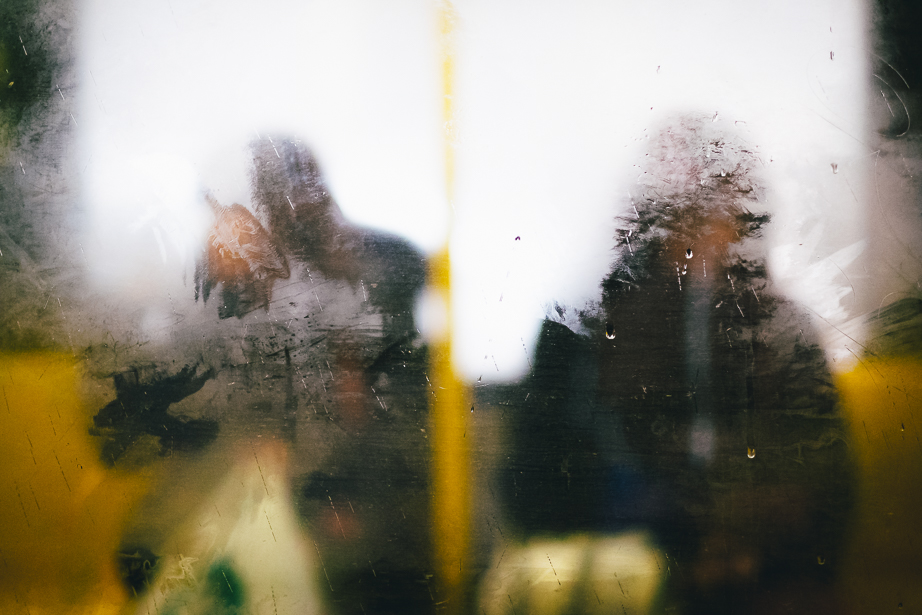 "What have you learned?"

No process or exercise is complete without taking stock of what you've learned so you can apply it to future endeavors. After every trip, you should have some take-aways about what you could do better next time. Maybe that means packing lighter or realizing that you just can't do without a tried-and-true 50mm lens in your kit. 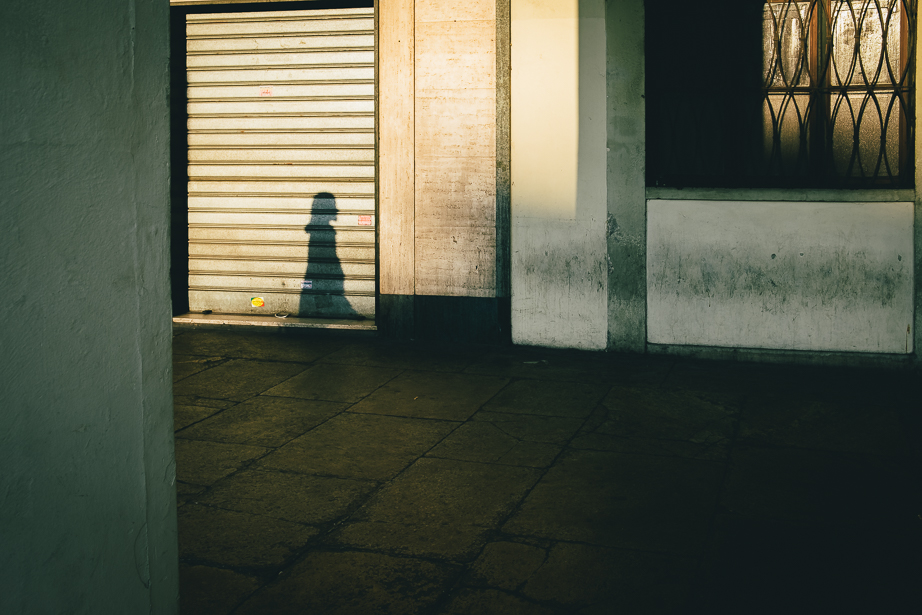 For me, more often than not, this usually means that on my next outing, I take less equipment. After all, I find that limitations can actually do wonders for my creativity. I can honestly see myself sticking to one focal length or just carrying a compact, fixed lens camera on my next trip and be totally fine. Or maybe go outside my comfort zone altogether and just shoot film—I do have a nice set of Canon FD lenses to go with my A-1—hmm, but which ones should I take?