Boy, 2020 has been a weird year, to say the least. But in one context that's near and dear to KEH—the world of used camera gear—I'm happy to say 2020 has been a banner year.

It seems that word has finally spread to the masses that buying brand new is played out, and that buying used is where it's at. And that's certainly music to our ears—when it comes to used gear, we've been the standard-bearers since 1979.

But this isn't about us, it's about you.

You keep us motivated year after year with your creativity, passion, and great contributions to this community of photographers and videographers—a community we're proud to be a part of and serve.

Last December, I published a list of KEH's top-selling cameras for the last decade. In it, I talked about how we have a good view into what new gear is catching on, and more importantly, what old gear has staying power. As we compiled the list for 2020, it became clear that some field-tested items are tenaciously relevant long after their release dates.

Here's the results of our top-selling gear of 2020. This is your list—you built it with every order, so we're happy to share.

So, I'm sure some of you are surprised at the amount of DSLRs that make up the top 10, but if you take a look at our top sellers from the last decade, it's actually amazing that three mirrorless cameras managed to sneak onto the list—let alone, top it.

DSLRs are workhorses, so we expect them to stay among our top sellers for years to come. When it comes to getting the job done, many of you are still turning to what's been trusted for decades. And we're here for you—DSLRs are very much alive at KEH.

But let's talk about our winner. Sony's mighty a6000 came out in 2014 and has been replaced in their lineup a few times over, but it's clearly still a hot item all these years later. We couldn't keep the body or the kit on the shelf this year.

To me, it's not that surprising that some of these older items are best sellers—these cameras represent the best bang for your buck in 2020.

Take the Fujifilm X-T2, for example. It retailed new for $1600 in 2016, and now it can be had for less than $600 in excellent shape. The features still cover 98% of every hybrid photographer's needs, and frankly, it's a steal at that price.

The beauty of our business is that we sell the best gear from any year, so we deal in as much legacy film equipment as we do digital. The results here are not surprising—these bodies are timeless, and so durable that our kids' kids will still be falling in love with photography through them.

If you cross-reference this list with our top ten of the previous decade, there's not too much movement, the Pentax ME and Olympus OM10 just snuck onto the 2020 list in favor of the Nikon F4 and F5.

These classics are never out of style, so if you have one laying around not being used, we can certainly find someone who'll get some use from it. Just hop over to our Sell Wizard and get an instant quote.

Canon and Nikon are well represented, given their decades-long dominance in the photography world. It also doesn't hurt that lots of these EF and F-mount lenses can be used both on digital bodies and film cameras.

Sony and Fuji kit lenses also make an appearance, no doubt helped by strong sales for the a6000 and the X-T2 this year.

It's always fun to include some surprising facts at the end, so let's dive into what stood out in our data.

Our best-selling point-and-shoot this year was by far the Sony Cyber-Shot DSC H-300. Sure, it's a bit long in the tooth, but for the price, why not give it to your kid as a first camera, or use it as a beater-upper back-up.

Sony's full-frame mirrorless cameras are inching up the list bit-by-bit. The a7RIII and the a7RII were not far out of the top ten. By next year, as prices keep coming down on these bodies, they may make it into the top 10.

Leica film rangefinders are perhaps some of our fastest-selling items, so if we could get enough of them in, they'd certainly make a run for our top 10. The M6 topped the list this year as our best-selling rangefinder.

Our top-performing large format camera was the Graflex 4x5 Crown Graphic—a mainstay for many LF shooters.

Well, there you have it. Thanks again for making KEH the the largest curated market for field-tested, expert-graded camera equipment in the industry. 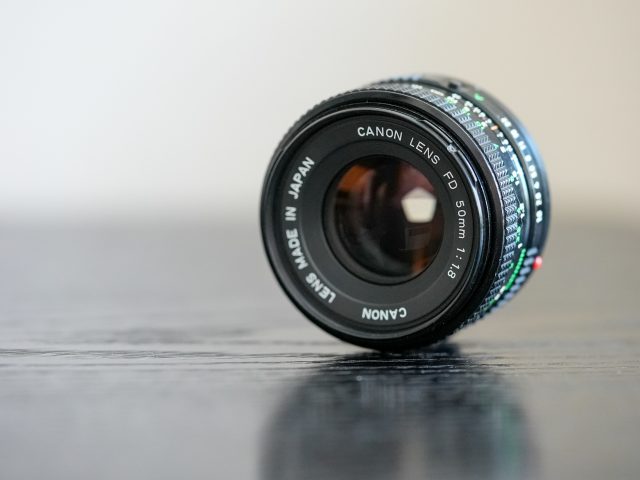